What are some of your worst gun-related movie peeves? Here are three of mine:

-Hundreds of rounds fired without reloading.
-Nobody with an AR15/M4 weapon can hit anything more than 20 feet away.
-After firing hundreds of rounds from his “dangerous assault rifle” but not hitting even a single bad guy, the good guy pulls out his pistol and takes them all out with single-handed head shots.

One of the big ones that I can think of is if the main character is supposedly an expert but does not know how to hold a firearm properly.

Easy. Finger on trigger, and pushing gun toward target/person to shoot.

I hate gratuitous violence in general, and guns appearing in the plot for no reason other than gotta do violence.
But if they must show effects of gun shots, show it physiologically correct, not sanitized and lionized. Like the opening scene in Saving Private Ryan (I felt sick at the sight of what machine gun does to human bodies). Show a man with face gone, eyes gone, screaming Save me, Save me to ER doctor. It will be good for inner city youths to see how it is.

One thing that seems true across many industries and hobbies is that if you know a lot about one topic, it will ruin TV and movies for you. Historians can barely watch movies without their heads exploding. Veterans laugh their way through unrealistic war movies. Doctors and nurses roll their eyes at hospital dramas.

This is also true with firearms. The more you learn about them, the more you’re realize how unrealistically they are portrayed by writers and actors who know nothing about them.

Basically, guns will do whatever the plot requires them to do. So if bad guys are shooting an M2 at good guys from 10’ away, they will miss. But if a good guy with a 9mm needs to stop a moving helicopter a mile away, he’ll hit it.

Personally, my biggest laughs come from exploding cars / barrels. Because, you know, a 9mm can blow up an automobile. (Unless the good guy is hiding behind the plastic door, then it’s bullet-proof.)

Welcome to the Community @BenTheRifleGuy.

I don’t like it when they show someone taking one shot and they make it seem like the recoil was so strong, but then a person who has never even held a gun can shoot multiple shots with NO RECOIL and hit almost every shot on the target.

Rambo two in Vietnam at the end of the movie he is shooting up the command post and they show blanks landing on the floor! 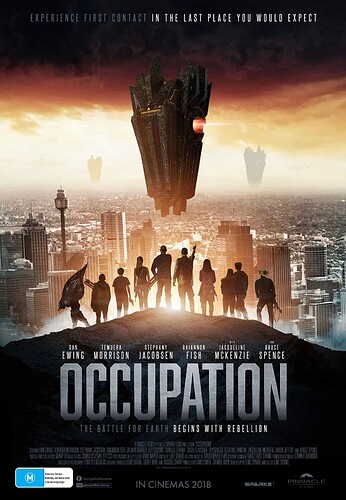 Ha ha, just noticed the subject is “Move Peeves.”
Peeves that move you.

One thing that seems true across many industries and hobbies is that if you know a lot about one topic, it will ruin TV and movies for you.

More like a source of amusement as I grow older,
What’s Wrong With This Picture?
like pointing out to my wife little details that moviemakers occasionally miss.

Ha ha, just noticed the subject is “Move Peeves.”
Peeves that move you.

Oops! Thanks for pointing that out. Fixed it… hopefully.

-Finger on the trigger
-Instant incapacitation and dropping on the spot like it was a Star Wars magic beam
-Steadfast refusal to depict ordinary, peaceable citizens keeping and bearing arms while going about their daily life

Racking the slide when there was already a round in the chamber from the previous scene!
Bullets sparking off of windshields, telephone poles and sandy beaches!
The most offensive is the “tea cup” grip!

How about how unrealistic BOND movies are? He never gets shot by automatic weapons, yet he takes out the bad guys with his trusty, rusty Walther PPK .380.

The fantasy in Bond movies is why they’re such classics imo. They’re what movies should be. Pure fantasy.

Oops! Thanks for pointing that out.

Isn’t it funny how long it took us to catch it, though? We all knew what you meant, so we just didn’t notice.

My idea for a HAVE GUN - WILL TRAVEL film - which I couldn’t GIVE away - would’ve really stressed the gritty realism of those Old West times.