Virginia may be ground zero! 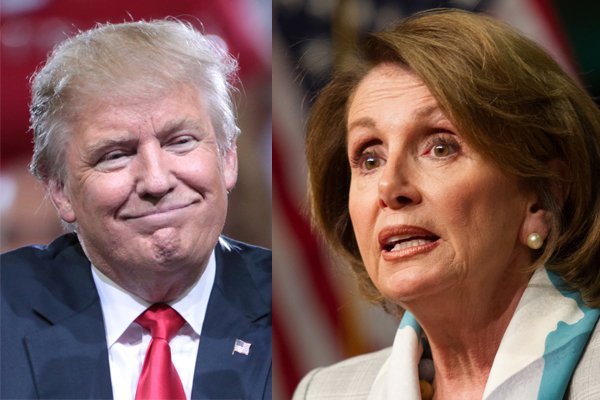 Key Democrats "war-gaming" a scenario if Trump wins, including secession of...

According to a New York Times column, Democrats have been conducting "war games" in which they are putting forth scenarios in case Trump wins, including secession of Western states, and possibility of a civil war.

They are already planning it.

Well, they are going to need more than fireworks and bricks. All we need to do is flood their social media with Pop-Tarts chewed into gun shapes. They will be triggered without warning and may faint or need therapy.

I like the brown sugar ones, as they are not as shiny, and therefore more tactical.

Dems just want some statues of them put into various parks and museums and state capitals. Do they realize, these statues will be quickly defaced with paint and profanity and thrown into nearest lake or bay? LOL.

An incident that occurred here this week:

A crew member on board was slightly injured, and bleeding from the hand, an airport official said.

Somebody near Middleburg is beyond screwed if they catch them. The worst that ever happened to me was spotlights and lasers once in a blue moon. We would store the Lat Long and notify the police.

Sometimes we would dive in on them and scare them badly. I guess the sight of a diving Blackhawk was a bit much for them. Lol. Then we would get a good description of the house. The police took it very, very seriously.

@Virgil_H The first question I asked myself “Are the ‘Praise Dale’ folks starting to stir?” I hope everyone understands that our USAF folks are just trying to get their training hours in.

View this email in your browser

Two pro-gun bills have been introduced in the Special Session of the General Assembly, which starts tomorrow, August 18!

We need to have everyone contact their legislator using the link below to send a prewritten, but editable message in SUPPORT of HB5020 and SB5041. I encourage you to customize the message, which will automatically go to your particular legislators based on your home address. There is an option to contact your legislators via Twitter for those who have a Twitter account, as well as an option to make a phone call to your legislators: 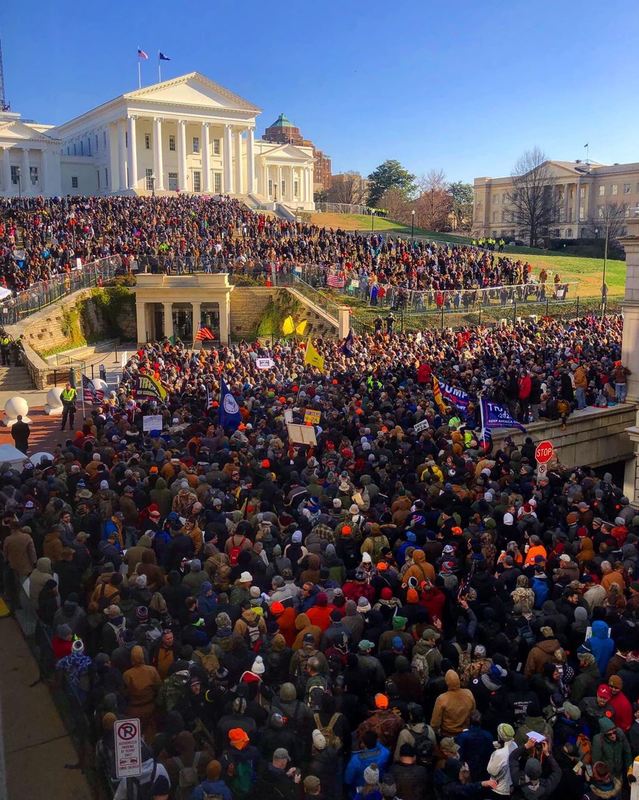 This action item is also on the top of the VCDL website. The website has a count of the number of emails sent for this campaign:

You can watch the proceeding online by clicking here.

If you cannot attend personally, you can send in your comments in support of the resolution electronically by clicking here.

Many thanks to Supervisor Crystal Vanuch for introducing the resolution!

The gun control proposal's getting significant pushback from residents.

View this email in your browser

The voting records in the Senate were stark, with the worst Republican voting record (Senator Siobhan Dunnavant at a poor 67%) being far better than the best Democrat (Senator Chap Petersen at a miserable 8%).

Worst voting record in the Senate: Senator Louis Lucas, who was recently in the news after being charged with TWO FELONIES dealing with the destruction of public property.

While not as stark as the Senate, the House had only one Democrat (Delegate Roslyn Tyler with an 87% voting record) who beat some Republicans (Delegates Glenn Davis with 83% and Carrie Coyner with a poor 67%).

Here is a link to the full 2020 General Assembly Voting Record document, which includes each vote that every legislator made on gun bills.

A note on the voting records in the House for Speaker Eileen Filler-Corn and Delegate Patrick Hope. You might be surprised to see that Filler-Corn had a 20% pro-gun voting record and Hope had a 17% voting record, much higher than most of their follow Democrats. That’s because Filler-Corn put in a bill that VCDL supported, which was signed into law (no sales tax on gun safes that cost less that $1,500). As Speaker, she also gets points or loses points if gun bills are “pocket vetoed” (never get a vote and are not even assigned to a committee). Hope is in a similar situation as the chairman of the committee that heard most of the gun bills. If a bill was assigned to his committee and didn’t get a vote, like the Speaker, he received points or lost points based on whether the bill was anti-gun or pro-gun, respectively. Because many gun-control bills were pocket vetoed, Filler-Corn and Hope got positive credit, depending on which one of them pocket-vetoed the bill.

Not yet a Virginia Citizens Defense League member? Join VCDL at: https://vcdl.org/join

All you have to do is remember Kent State. 4 May 1970, I was active duty (USAF) when that happened.

It CAN happen again.

The dems won because soros an blumberg poured $800 mil into the races. The religious right were idiots and many didn’t vote. Life isn’t about one issue

Virginia Attorney General Mark Herring has filed a brief (along with other State AGs) in the Court of Appeals for the Ninth Circuit in Duncan v. Bacerra (otherwise known as the California Magazine Ban lawsuit). In the brief, they assert that states have the ability to implement “common sense” gun controls for the “safety” of the people and urge the Ninth Circuit to take up an en-banc review of the 3judge panel’s decision.

There argument points out that other court cases have been in their favor (true), the law was passed by legislature AND electorate (true) (this means the people of CA really want it). They also argue the panel should have used intermediate instead of strict scrutiny (maybe, but no), and magazines with > 10rnds constitute a dangerous weapon (false), and this does not infringe on the second amendment (maybe, but no).

This is a pretty good summary…

And this is a link to the brief in full…

The AG position certainly has some merit in basically saying “state & local need to be able to govern themselves”, but the argument sort of falls apart (IMO) when trying to quantify a magazine ban as something that will somehow make a difference in violent crime.

Three dozen Virginians have been stripped of their Second Amendment rights thanks to the so-called "red flag law."

So Fairfax county joined Arlington and Alexandria with banning firearms at parks and government buildings. One of the justifications was that people felt intimidated by other people carrying guns. It’s a good thing too now that early voting has started because we wouldn’t want people to feel intimidated at the polls. 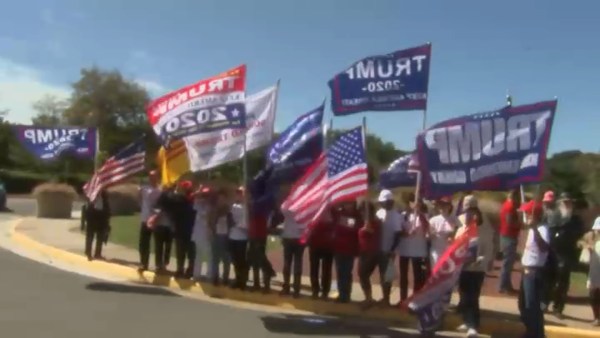 A caravan of President Donald Trump supporters showed up outside a polling site in Fairfax County, Virginia, over the weekend as hundreds lined up for early in-person voting. Democrats say the group was trying to scare off voters at the Fairfax...

So now the presence of people from the other side gathering and shouting four more years is considered intimidation too. So can we expect a local ordnance limiting the ability of people to gather and support their political party? I’ve voted early at the Fairfax county government center in previous elections and while there wasn’t a caravan outside, both parties had stands and people outside the main entrance. It didn’t look much different from the video and I didn’t feel intimidated back then.

When those who swore an oath violate that oath, they should be removed from office.

When an act injurious to freedom has once been done and the people bear it, the repetition of it is more likely to meet with submission ~ Samuel Adams

What really chaffs my a$$ is the voter fraud committed in Virginia and none of our Republicans have said squat about it:

There may have been massive voter fraud in Virginia - American Thinker

Pray for the people in Virginia! You are definitely at ground zero as far as our freedoms. If Biden becomes President same as Nordstrom are not the ones calling the shots. It’s Blomburg and other Liberal higher ups.

So true sir. January will be a tough start for Virginia gun owners.

I have a friend in Clarksville, Vir. and he is already moving out to his cabin in North Carolina

NC has serious problems also. Moving to a cabin there may not be an improvement.