Taken from an NRA sent email

Is this a scare tactic or real happenings?

"Gun-banners are going all-in and using every dirty trick in the political playbook to win the midterm elections on November 8 – a victory that would give them the POWER to fingerprint you, register your guns, and invoke nationwide gun confiscation.

But that’s only the beginning of the nightmare facing us.

Across the nation, soft-on-crime politicians have TURNED HARDENED CRIMINALS LOOSE by the thousands… Unleashing a wave of murder, violence and mayhem like America hasn’t seen in decades."

I’ve been thinking about all of the registered firearms and how they might come after them. Can’t folks just have paperwork that says that they sold them, like I could sell all of mine to a buddy with concealed carry license. He could have paperwork for the next day selling them to me. Is this not wasting their time like they waste ours?

I’m not proposing this, or anything illegal, but I’m curious on how the whole thing would work.

That is a good question. Let’s review.

Have you seen some of the election shenanigans in Colorado and other states? Did you see the election issues in Arizona? And this is only in the primaries. Get ready for November because it is going to be worse.

a victory that would give them the POWER to fingerprint you, register your guns, and invoke nationwide gun confiscation

Did you see the Red Flag Laws bill that was passed into LAW with the cooperation of 15 Republicans?

Did you see the passing in the House of Representatives of HR.1808? Are you sure they will not get this passed in the Senate? Resident Biden will sign any gun control that comes across his desk.

Did you know that many of the initiatives being pushed in congress are calling for Universal Background Checks. For this to be effective, it will require a nationwide registration database or it would not be UNIVERSAL. What would it also require? Fingerprints and Photographs

Did you know that the ATF was caught with their pants down and had to admit in Senate hearings that it has an ILLEGAL database of firearms. It is ILLEGAL because federal law currently prohibits the ATF from having such a registration database. Did they care?ATF Has A National Database With Nearly A Billion Guns On It: What For? - YouTube No, they still have it. Do you believe that it will be dismantled and removed if gun control politicians gain power?“NEARLY ONE BILLION RECORDS” On ATF’s Database of Gun Owners - YouTube

Across the nation, soft-on-crime politicians have TURNED HARDENED CRIMINALS LOOSE by the thousands… Unleashing a wave of murder, violence and mayhem like America hasn’t seen in decades."

How many Antifa or BLM rioters can you say are in police custody or have been prosecuted?
How many news articles have you seen in the last 3 years where someone was killed or harmed by someone that should have been in prison?'We need help': Activists say justice system failed slain girl, repeat offender tied to her death - YouTube
Another murder after Criminal District Court Judge frees repeat violent offender - YouTube
Did you see news articles that jails and prisons in various states released violent criminals during C-19?Some violent offenders released from prison due to COVID-19 - YouTube

Now I return the question back to you. Is this real or just scare tactics?

Don’t fall asleep at the wheel, C-19 was just their dress rehearsal. The lockdowns and infringements on our civil liberties are only going to get worse. They know most are going to be compliant for the promise of safety. If you don’t believe me look at the unvaccinated camps in Australia.Australian Covid Quarantine Camps: Is THIS The Future?? - YouTube First they will disarm us, then they will herd us like cattle. Wake up!

In CT, guv LaMont had a 50 some odd page gun control proposal about 4-5 months back that got narrowed down to 3 pages, trafficking and straw man funding what stuck. With the election coming up in November, and Ned the commie running again, he’s already on record saying he doesn’t care if his new proposals get beat down,are unconstitutional, or lead to lawsuits… he’s ready to try again. My tax dollars at work

and @Blacky and @Chocky as well.
The rest of the country gets to deal with our Congress criiters Murphy and Blumenthal 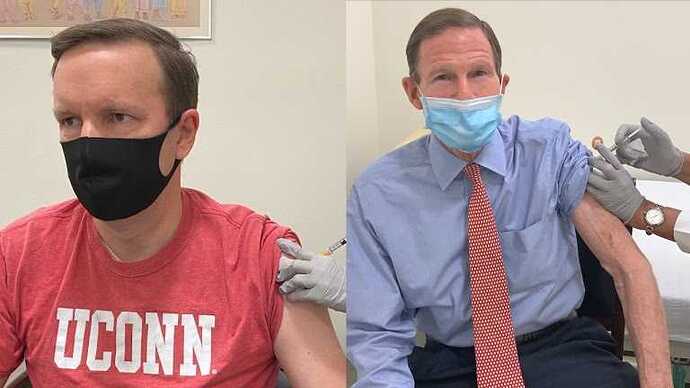 Is this a scare tactic or real happenings?

Whenever politics and fundraising are involved, it seems to be a little bit of both. Just enough “real” to avoid a lawsuit, amplified exponentially by scare tactics. So what starts out as a stupid quote from a county dogcatcher becomes “The Republicans are trying to take your dogs! (Send money)” And then the response will be “The Democrats want to feed your children to rabid dogs! (Send money)”

I feel the same as my neighbor who remains calm and simply states “no, they won’t be taking my firearms.”

There is much to being calm in chaos and stating the truth.

No bluster, no tiraid, no vocalization just a man that wishes to be left alone.

Fear the man who only wants to be left alone. Google it if you want to know why.

Interesting, I still have hope people can change. People change their minds all the time. I think politics gets in the way by stopping them from looking inside themselves.

The billion firearm registry should concern everyone. If they know you have 1 firearm, odds are you will have others.

If they know you have 1 firearm, odds are you will have others.

“Sir, how many firearms do you own?”
“Not enough.”

I would probably go with ~200 million firearms owners simply because of the reported substantial uptick in 1st time gun buyers over the past couple of years. The true number will probably never be known because if you own a gun(s) you probably aren’t interested in many people knowing about it. Certainly not the exact details of how many.

Me, personally, I don’t really care how many “firearms owners” there are.

I know and have spoken to a LOT of firearms owners who will happily sign off and confiscating your firearms while they turn theirs in.

And quite a few more who are okay with a whole bunch of restrictions that would make current CA jealous because “support the Second Amendment, but”

Maybe I’m jaded or cynical but to me, being a “gun owner” for a whole lot of the gun owners out there, doesn’t mean much more to them than a badge next to their name making it okay to support gun control

Amen to that Craig. I’m one of those people that just want to be left alone.

You do understand that what the NRA sent you was a fundraising ad, yes?
Great big grains of salt, my friend.

David38, Yes I know. I can’t remember an email or a magazine article/ad that didn’t try to drum up donations from them.

All well and good until the storm troopers bash down his door at 0300 and toss in flash bangs. While your calm neighbor is trying to figure out what is happening they are in his bedroom and his wife is being flung on the floor in her nightgown while another stormtrooper has his MP5 pointed two inches away from his forehead.

The news media is told that federal agents have taken down another terrorist know to have extensive firearms and other weaponry (kitchen knives — not really a lie, just a Clintonesque “truth”). Of course, “extensive” can mean more than one. After all, who needs more than one gun?

My question is how did anyone determine who is and who is not a first time gun purchaser? Nobody every asked me if it was my first firearm any time I might have purchased one. I don’t recall that question on the 4473. I don’t remember seeing the clerk put a tag on the box 'FIRST TIMER" I will have to check all my boxes and see if there is such a sticker.

You mean the FBI ran all the names they were processing and if they didn’t come up with a hit the purchaser was noted as a first timer? Wow. They must have been incredibly busy. Besides, how about all the old timers who may have purchased numerous guns back before 1968? Are they listed as first timers just because they finally broke down and bought that new fangled plastic wonder nine?

I would like to see how the first timer numbers were derived. Is it another monstrous lie if told often enough it becomes the truth?

Given the situation, your scenario is not possible… worrying about things does no one any good. Preparing for things helps alleviate worry.

**For those who didn’t watch George Bush’s Sr.'s presidential election speech: and I quote: “We must usher in the New World Order.” Yes, I watched this speech on TV. At the time I was just getting acquainted with the political system but those words made me uneasy. Since then I have striven to be the biggest thorn in the anti-gun crowd’s hindquarters I can. Look up the meaning for the “new world order”. Read George Orwell’s book “Animal Farm.” Read the history of the once free China, North Korea, Venezuela…The “presidential” election was a sham to end all shams. The FBI, AFT among other gangs, has been weaponized…remember Waco and Ruby Ridge, and the Rosebud Reservation…oh, of course that was about oil found on Indian lands…another ugly story. **
Wannabe dictators MUST disarm We The People. We are the thorn, the “problematic” pains in the rear to the “one party rule.”
Every dictator (and wannabe dictator) since the dawn of time has been sensitive to arms in the hands of the people."
They will NOT stop at anything to get what they want. They have declared war on our Constitutional Republic, our very way of life, our schools, universities, watching movements…count the number of cameras now on your stop lights, at street corners, who’s in control of your computer, your very traceable cell phone, your brand new electronic device once called a car… do your research. Visit the ATF website some evening and peruse the myriads of gun laws from the microscopic to the massive. But also study the behaviors of the general, and brainwashed, population.
Am I being paranoid? You decide. I don’t believe so, we have real enemies.