How are you doing after the 9th Circiut Court ban on carrying?

I’ve been wondering how pro gun rights residents of the states affected by that ruling. When does it go into effect? What are your plans?

To be honest I’m not going to get all lathered up about this. The 9th Circus is the most overturned Circuit Court in the Nation. They have clearly contradicted the SCOUS Heller Decision. The big boys will punch this out in court!

Why don’t we act like the big boys and girls and CANCEL the 9th.
“WHAT BAN, NOTHING TO SEE HERE!” I’m a member of the DTOM2ASQIYHGRDFYK community, I even have a pretty flag! 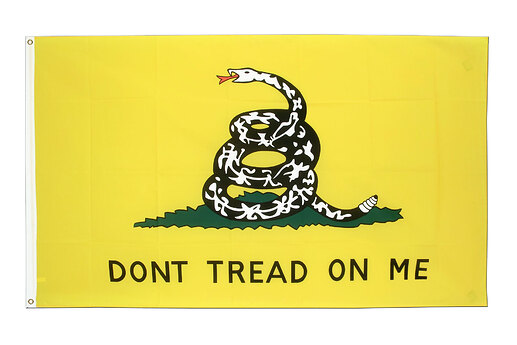 image1920×1280 165 KB
Probably look good on a t-shirt or hat!
If we are not a sovereign nation anymore, who has the right to make law? If we are not sovereign, then we are lawless! I can fact check that, felony lying on a 4473! They want a ban, we want accountability, that will look good on a t-shirt also.
They can take the ban and shove it right down the border!
We are being treaded upon in more ways than one!
I didn’t hear ban, did you hear ban?
12 Likes
KenM March 28, 2021, 8:55am #4

Here’s my understanding as I live in CA.

The 9th didn’t ban all carry, they upheld the current ban on open carry.

The case was filed in Hawaii, that has banned open carry and is a may issue CCW state. The argument is if one can’t obtain a CCW and can’t carry openly then it violates the 2nd amendment.

Some if not most people mistakenly believe that CA doesn’t issue CCWs. There are many will issue counties in CA, with Sheriffs that do support the 2nd amendment, yet as with Hawaii CA doesn’t allow open carry and only a handful of may issue counties.

Probably look good on a t-shirt or hat!

I have the shirt: 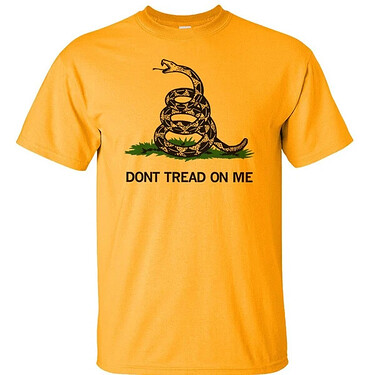 As. @KenM points out, it doesn’t go into affect. It simply falsely affirms the legality of blatantly 2A breaking laws already on the books in these states. It also likely emboldens states like CA to pass even more unconstitutional regulations.

It should be a softball ruling for the current SCOTUS to quickly overturn, thus clearly affirming the right of the people to defend themselves outside their homes. That is if the Justices are as pro Constitution as they have sworn to be and are able to read simple English. Also assumes that the Dems don’t end the filibuster and stack SCOTUS with a bunch of Constitution deniers who don’t know what a dictionary is.

This essay was written fifteen years ago.
Prophetic.
http://www.darkcanyon.net/Domination%20Through%20Incrementalism.htm

Some if not most people mistakenly believe that CA doesn’t issue CCWs. There are many will issue counties in CA, with Sheriffs that do support the 2nd amendment, yet as with Hawaii CA doesn’t allow open carry and only a handful of may issue counties.

California has 8 times the population of Alabama, yet Alabama has 8times the number of concealed carriers.

Nothing changed here in Commiefornia by the decision

So effectively that leaves about 10M CA residents without a CCW being a may issue county.

My point wasn’t that CA hands it out like candy, yet rather that many people don’t understand, realize or are aware that CA does in fact issue CCWs or how to obtain them.

If you care to look it see where CA ranks as far as total firearms owned/purchased in the union, you may be surprised there as well.

Don’t get caught with percentages of total population, look at total numbers.

Don’t get caught with percentages of total population, look at total numbers.

I am looking at total numbers.

Now add in all the businesses that cater to Hollywood action flicks and Im sure California has a healthy number of weapons. 40 million people are sure to generate a far superior and sheer number of firearms.

Pick 5 people at random in Alabama and statistically 1 of the 5 has a CCL permit.

In my immediate family, we have 100% CCL holders.

Getting back on topic, the fact remains is that CA for the majority of the counties in the state is a shall issue state, even with the many restrictive laws issuance of CCWs does occur.

I get where you’re coming from and I can appreciate that everyone in your family carries. With constitutional carry I’m sure the numbers in AL are going to increase from there.

With regard to Hollywood, that’s apples to oranges, I’m talking about private party sales.

From my 20 years at UPS I can tell you that non firing fake prop guns from the major prop houses I’ve been to as well as supervising the service delivery drivers for Universal Studios, Warner Bros, and even Disney Studios.

California has 8 times the population of Alabama, yet Alabama has 8times the number of concealed carriers.

That explains why folks in Alabama are so polite.

I live in Idaho. Everyone here(except California transplants) carries concealed. In fact there are several local cities that have declared themselves “sanctuary concealed/open carry cities”. 9th District can KMA…

Hawaii is a “may issue” in name only. I lived there for four years and not even retired law enforcement could get a CCW.

Open Carry! Dumb! If some wacko is determined to shoot people, the first targets will people he/she? knows is carry a defensive weapon.
Personally, I love my privacy!

Some if not most people mistakenly believe that CA doesn’t issue CCWs. There are many will issue counties in CA, with Sheriffs that do support the 2nd amendment, yet … CA doesn’t allow open carry and only a handful of may issue counties.

Yes, but those “handful” of counties includes all of the San Diego, Los Angeles, and SF Bay Area counties – in short, the vast majority of the 40 million residents of CA have NO option to carry legally.

Even in the counties where folks can get CCW permits, they have to get 16 hours of training and jump through other hoops that costs them over $1000 to get their initial carry permit – which must be renewed every 2 years at additional cost. And if the sheriff in their county changes from a red one to a blue one, they probably won’t be able to renew, either (likely happening in Sacramento county).

Why should those in Shall-Issue and Constitutional Carry states care? Because you can bet that any restrictions CA has gotten away with, the new federal administration is going to attempt to pass NATIONALLY. Harris, Biden, Pelosi, Schumer, Beto (if he’s brought in), Feinstein(!), and others have a long history of pushing for draconian gun laws & bans – and getting some of them passed.

I think there are a lot of Texans that want to do away with Beto. He’s an idiot. Useful idiots everywhere.

Fortunately I live in Orange County where the Sheriff supports the 2A and the right to carry. I’ve had my CCW for the past six years. David is right that you have to renew every two years. However it doesn’t cost over a $1000 to get the initial permit. Renewals are a couple hundred bucks after paying the renewal fee and obtaining the training certificate. It’s a little more expensive for the initial permit because you need to do DOJ background checks (Live Scan). You might spend close to $300 all in for the initial permit. Regardless, it’s just another tax if you ask me. This states loves to indirectly tax their citizens every way possible.

CA indicates 8 - 16 hrs for initial training. The outfit I went through (OC Firearms Academy) did the class portion in 4 hrs, lunch, then range qualification. So it was about a 6 hour day for me. Longer for others that had multiple guns to qualify or that took longer on the final exam. Renewals were 4 hrs with range qual. If you find the right outfit, they’ll get you in and out as quickly as possible.

OC Firearms also provided the option to get the non-resident Utah and non-resident AZ CCWs as part of the course. That required some fingerprinting and additional docs, which they processed during the class time. They had it down to a science to get people in and out. Once done you came out with a CA, AZ and UT CCW, which gave you reciprocity in 36 states I believe. Fortunately the AZ and UT don’t require renewals every 2 years.

CA is ground zero for a lot of these gun laws and there is a lot to groan about in this state when it comes to gun ownership. David is right that everyone needs to be concerned about what they are doing in states like CA. It is the template for the Democrats gun policy at the Federal level currently. Death by a thousand cuts. I’m glad to see states like Arkansas and others are passing legislation to essentially ignore any Federal Gun laws coming our way.

Thanks for the additional info, GaryM. I do know someone in CA who swears that by the time he paid for the required 16 hrs of training and all the state/county fees, it did cost him over $1000 to get his CCW. And after he passed, get this – it took 6 months for his CCW permit to show up in the mail :-(. …Granted, he doesn’t live in Orange County, but in his county (not in SF, LA, or SD areas) it was expensive and time-consuming. Ugh.