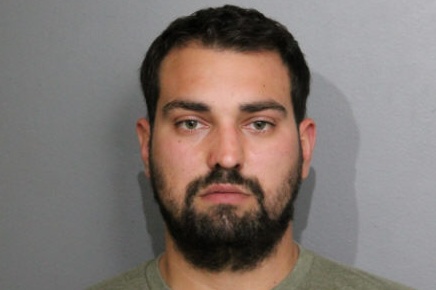 Keegan Casteel was taken into custody after an employee found a rifle, a high-powered scope, a pistol and ammunition in a room at the hotel.

Things that make you go, “Hmmm.”

Interesting.
Could’ve been a hunter on his way to somewhere.
Could’ve been a potential psychopath about to slaughter innocent families.
We don’t know from the article, and will probably never know his mindset. But the fact remains, he shouldn’t have stopped in Illinois. Their laws make it impossible to win. Take it in your hotel room, go to jail. Leave it in your vehicle, risk it being stolen & used in a crime (spree).

I have no comment on what’s right or wrong. USCCA taught me “Check your local listings”. If I’m traveling from one region to another, I best know their laws first, research and check it out. Not to, can and has caused otherwise good people to have a very bad day, and problems, and who needs that? Some areas require a FOID to “possess”, in some areas – it’s not legal to posses a semi-auto rifle. That fella found both.

What may have gotten him negative attention:

Hotel room from high ground vantage point
Powerful and scoped rifle
Overlooking one of the most busiest peds traffic area in the U.S.
On the most active and busiest days of the year
On the most fair weather days of the year
Ain’t no deer hunting within at least 100 miles
Could there be argument made in asking, are semi’s used to hunt over bolt action? (IDK)

If he had high capacity magazines, that would have been yet more laws broken for that area.

Don’t like it, don’t go there or do help change the law.

I’m surprised that even some of the locals there I’ve spoken to — don’t know their own laws. I admit, to learn the laws, one often does have to dig deep and seek it out.

argument made in asking, are

Unless they’re banned I don’t see why not. I thought the article said semi-auto pistol though. It didn’t specify the rifle’s action.
Either way, had he done the research a responsible firearm owner should have, he could have driven another 30 minutes to WI & been fine legally speaking. Which makes me think he was up to no good.
I am not a hunter but I do know deer season is Oct-Nov. Not sure what his lawyers will claim he was going to do.

I hear you on semi auto rifles being legal to use to hunt in some areas. I often thought of hunters as using “bolt”, but then again, what do I know.

I thought I read that in some regions, they restrict what type of rifle one can use for hunts. I’m no hunter either, but one day — would love to, I’ve often appreciated when they are respectful and ethical in hunting for feeding families.

I thought the article mentioned .308 caliber. I once tried a .308 at a range. Anyways, I liked and appreciated all of your points.

Sounds like a hunting rifle. The guy really should have done his homework before bringing it through that part of the country. Notice the article never reveals its an automatic rifle. Probably bolt action. But who knows. If the 2A hadn’t been ignored for so long we’d only know the man’s intentions after he attempted something. But again had the 2A not been trampled on so much for so long many other gun owners would be armed to take him CCC out if he was up to evil. 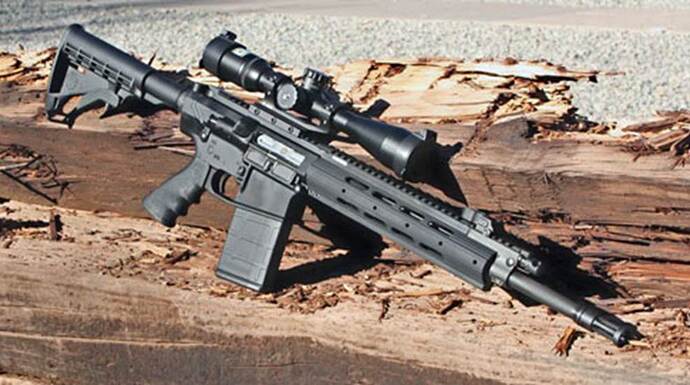 @BeanCounter Is it truly an evil black rifle if it does not have a bayonet mount on it? Cause nothing says evil more than a person who ignores their 20-30 round mag and pokes you with a sharp pointy knife on a gun…

Around Halloween, for sure, a bayonet… or a chainsaw 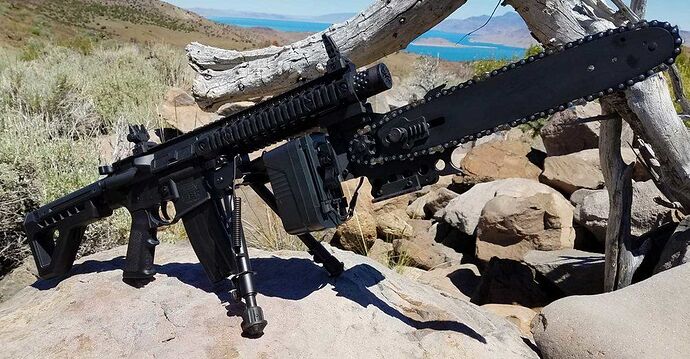 OK, now that might be an evil black rifle!

We may never know what his intentions were unless he left a social media trail one way or the other. Many of the active shooters these days seem obsessed with the AR platform so might be less likely he was up to no good? Though a bolt action in the right hands can be every bit as affective.

I could definitely see someone from one of the majority of 2A abiding States not thinking twice about bringing a handgun and hunting rifle into his hotel room. Especially if it is a bolt action rifle. I don’t know of any States that ban bolt action rifles - YET.

If he was just traveling with his firearms so he could go shooting with his buddy in another State then this could be a good 2A case used to take down some of Illinois’ anti 2A laws. But if it turns out he had clear sinister motives than I hope they lock him up and throw away the key. 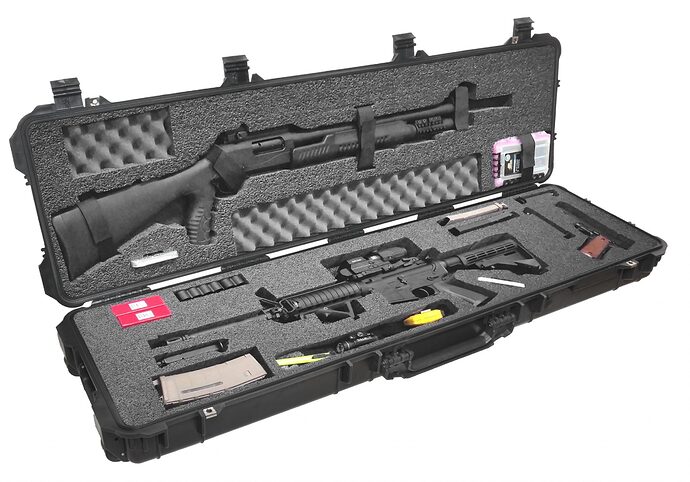 The Case Club 3 Gun Case Case is 2nd to none in terms of quality, convenience, and affordability. In short, it is the best 3 Gun Competition Case on the market. The precut foam in the base will fit an AR15 or AR10 rifle with up to a 20″ barrel &...

Might be a better choice. Did he have them laying out or did the employee dig or gasp for breath while patting his/her chest lightly with fingers?

Apparently the guns were in a suspicious arrangement in the window. That would send flags up if accurate. Iowa man arrested with rifle, magazines in Chicago lakefront hotel - UPI.com

“Brown said officers found five rifle magazines and the guns stationed on a window sill of the room. Prosecutors said later Tuesday that there were four magazines on the sill along with the semi-automatic rifle with a bullet in its chamber,” WLS reported.

This seems a lot more suspicious if true. We are lucky that so many active shooter types are incompetent. Ever hear of a do not disturb sign?? Though I have had house keeping ignore the signs a couple times in the past.

Overlooking one of the most busiest peds traffic area in the U.S.

I’ve stayed in that hotel. Terrific view of Navy Pier on the lake front.

Seriously now, what “tourist” leaves their rifle like that in a hotel room?

Innocent until proven guilty. But, I don’t like his odds right now.

Apparently the guns were in a suspicious arrangement in the window.

Well, we might learn the truth one day. We certainly did not about the Vegas shooting. However, from the story you linked, there was this:

Mayor Lori Lightfoot said separately that she is “not happy” that Casteel will likely be released on bail, stating there was “something more nefarious” to his actions over the July Fourth weekend.
“I’ve traveled to many states in my day. I didn’t think to take an arsenal with me. This wasn’t a firearm for personal protection. What he had was weapons of war,” she said.

I was unaware that a rifle and a pistol comprised an arsenal and were “weapons of war”. Was the rifle a Garand and the pistol a 1911 or M-92, perhaps?

And in other news:

Newsweek is still in business??

If I had to go to Chicago, I would probably want an AR and a handgun or two.