What do you prefer? How do you call it? Does it really matter?
There is at least one person at this Community who awaits an explanations.

I personally like casing more than case… especially in case I talk about ammunition .

Here are some examples to prove, that casing is not a bad term. 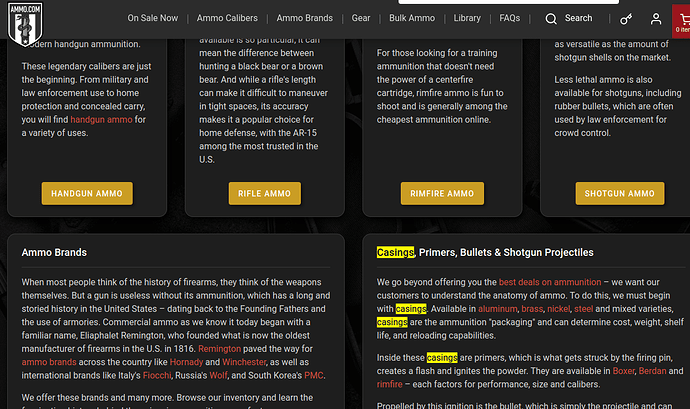 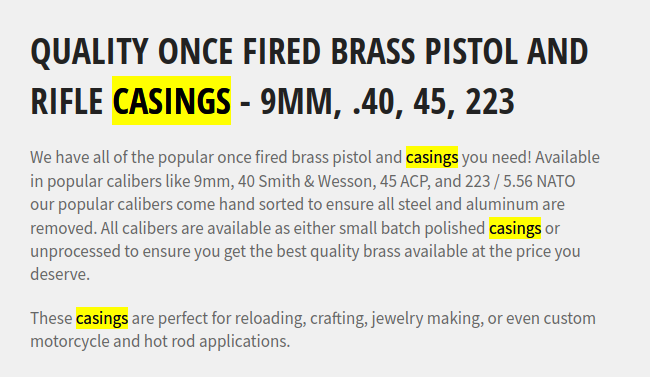 A Girl & A Gun Women Shooting Club, Round Rock, TX
This club / league has Firearm Instructors 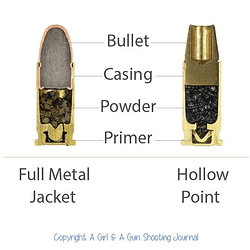 I’d be able to bring neverending list of examples… but it’s not a point…
I think casing and case are just interchangeable terms and every smart person can understand its meaning whichever is used.

In this case I would just rely on proper English. From a singular noun to a plural noun. A plural noun is the form of a noun used to show there are more than one. A collective noun , for example, is a singular noun that refers to a group of people or things as a single unit. Words like team, casing or family are collective nouns. Even though these words refer to multiple people or things, they are still singular nouns because they refer to a single, distinct unit.

Casing for sure, case when all casings are grouped together in a case. Harris speaking class 101.

Or you could say, don’t care. Case or casing, makes 0 difference to be.

Sweet carbonated drinks might be called
Pop
Soda
Coke
And others depending on where you are and who you are speaking to.

Casing. After I thought about it, as in. “I found a shotgun shell casing in the woods”.

Doesn’t matter to me one way or another.

I grew up shooting, collecting and loading shotgun shells.

What if a sausage is involved?

To me that just confuses everything even more.

My understanding is that FMC (which I rarely see), Full Metal Case bullet, is what CCI/Speer (Lawman) calls TMJ (total metal jacket)…and is referring to the jacket around the bullet (generally copper), not the cartridge case which is generally brass.

So FMC, to me, referring to the bullet jacket, is completely irrelevant to what we call the cartridge base.

And makes it even more wrong, as I see it, to call the cartridge case a bullet case. Two different things entirely

@Nathan57 …
You are correct… My topic is confusing now… even wrong…

I was focused on “case /casing” terminology, forgetting that it actually described wrong part.

What do you prefer?

Facts are not preferences. In any training manual I have ever read, they all state that the part of the cartridge that holds the primer, propellant and bullet is a case. I have provided you several links and posted several excerpts proving this - including from the USCCA.

In what training class did you learn that the proper term for a case is casing?

Should we call firearms “military-style assault weapons” because that term is ubiquitous in the news and on the Internet? Words and meaning matter. Just look at the debate on what to call a group of armed citizens.

Case: the case of a cartridge.
The outer covering or framework of a piece of apparatus such as a computer.

Casing: That which encloses or encases.
Derived term: sausage casing
ex. Some people like to split the casing of a sausage before cooking so it doesn’t burst.

What about case of beer?

@Dave17 , I know you are very upset about the fact people use casing term and you don’t like it.
But you have to admit, casing was used, is used and will be used even you keep showing your dissatisfaction.

I’ve kept seeing term casing in firearm communities and military agencies long enough that it becomes normal to me.
So I will probably use the term casing, as I was doing this before. I can promise to keep trying use case… but as you can see it sounds weird, even in this sentence.

I’ll say, I can’t think of ever seeing it as anything but case or shell until this thread. Probably I have but hadn’t noticed because I don’t really care lol

I don’t dare say, I’m afraid Dave17 will point out how stupid I am to everyone on the board.

As for me,and each to their own,but to me Brass is all i have called the bright item lying on the ground since i started hunting to put meat on the table at 6yo with a 22 caliber aand I the service it was Brass,but you can call it what ever you want too,to me it will always be expended brass to me!