Attack against the NRA

The New York AG is now seeking to disolve the NRA. We all know this is a political attack against an organization that has stood against their attempts to further infringe upon the rights of New Yorkers. However, we have to also admit that the NRA is not perfect and has left the door open for this attack. The NRA should have been more transparent and even if he did nothing wrong, Wayne LaPierre and a couple other heads of the NRA should have stepped down a while ago in the interest of protecting the organization. Like I said, even if everything is on the up and up and above board (which this lawsuit will expose the truth) that would have gone a long way to restoring trust within the organization. 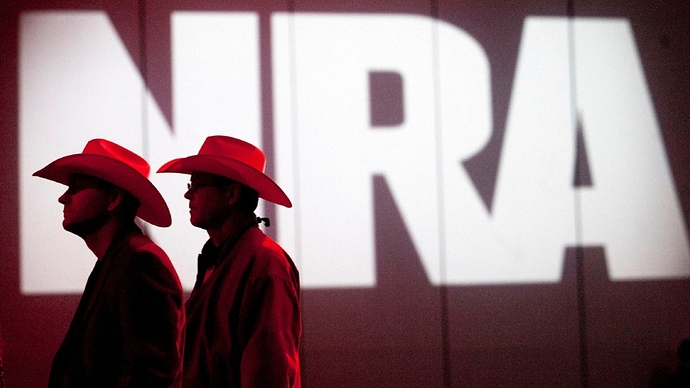 New York Attorney General Letitia James announced Thursday that her office has filed a lawsuit against the National Rifle Association and its leadership, including Executive Vice President Wayne LaPierre, looking to dissolve the organization.

Wayne LaPierre and a couple other heads of the NRA should have stepped down a while ago in the interest of protecting the organization.

Never been a fan of Wayne LaPierre. Too much bluster and talk. We do need a strong lobby, and NRA is positioned. These States act like they don’t understand that the NRA is individual members that vote.

Oh boy! Good ole’ Wayne has the microscope on him. Now, I will say this, these radicals will do anything to destroy the second Amendment.
Yet in all fairness, this has been going on for a long time. I am a lifetime member also, and I still get asked for more money… Why? It took me a long time to gather up and save that membership money. (I’m just saying) .
It was not long ago when Oliver North had his issues with them. I just wonder, why SOME when they get to the top, think the corporation they run is their personal piggy bank?
Now I know some of what I said was controversial, it just pains me with this stuff, you know they are looking to take you and your establishment down, don’t give them the reasons.
Just my opinion.
Thanks

Life member as well, and I still think that the NRA has one of the positions to fight for our 2nd amendment and WLP should have stepped down a while ago. Now is not the time.

BUT we also need to keep in mind that this is New York, a state who’s residents are not allowed to have USCCA insurance.

As for the imperfect NRA, recent organizational turmoil could’ve been a great opportunity to effect change but WLP blew it.

Hello fellow 2A supporters. This is a tragic event and will have dire consequences. I wonder if the NRA is dissolved, who is going to stand up in it’s place? Any body have any ideas?

There are a lot of 2A organizations. The NRA is the strongest with the clout to protect the 2A. That’s why it’s so feared. We need it to be strong, and honest.

I am still a life member of the NRA. I hope they are not dissolved and I see that the NRA has filed a counter-suit. I am also a member of many other organizations. I think that the next best organization is probably GOA, Gun Owners of America.

There are a lot of 2A organizations. The NRA is the strongest with the clout to protect the 2A. That’s why it’s so feared. We need it to be strong, and honest.

That used to be the case, but WLP has caused a real crisis of faith in his leadership. Then when you get outspent by millions of $$ in the state you are headquartered in and that state goes from pro 2A to California lite in one election cycle? Yes I’m looking at Virginia. The VCDL and GOA did more to defend Virginia than the NRA.

I just wonder, now that money that was supposed to be spent defending us and the second Amendment is now going to go to lawyer fees.
As a life member and a NRA instructor, I do wonder, all those benefits that we were supposed to get, are they still there?
The only positive that I can fore see in this, is that it does play right into POTUS’s hands, especially with gun sales up 137%. That and Biden’s recent comments, he was just given 2 gifts.

I will not join the NRA as long as LaPierre is a part of the organization. His greed for money is what ruined any chance of me joining.

And that is one reason that WLP should have stepped down long ago. All the new gun owners the last few years has hidden the long-term members that have let their memberships lapse. As I said, even if everything is on the up and up and there is no abuses of any kind happening, for the good of the organization, he needed to step down. His continued involvement has created a distraction that has taken away from the NRA’s core message and function and has provided a crack in the armor for enemies of the 2nd amendment to attempt to capitalize on. And imagine the timing. If an anti-gun politician such as Biden gets elected at the very moment there is a lapse in the organizations that we depend on to lobby on our behalf are fighting for dominance in the absence of the NRA, our rights are in dire straights.

I am also a life member, but I became aware of WLP’s excesses some time ago. I wrote a letter asking for an explanation and heard nothing. The President (?) of the NRA called the “ad hominem” attacks and brushed them under the table. I don’t know if the NRA will survive in its current form. I do object to them sending me letters begging for money when the staff is paid like royalty.

No it was a derogatory comment about a minority group again

I agree 100%. I would rather they do their job as lobbiest and not be so vocal and in your face. They don’t fight when they should and don’t pick their battles very well. I wasn’t that impressed with their celebrity President Eastwood either. They’ve left their grass roots.

Did anyone see when they asked Trump about it earlier today. He pretty much shrugged his shoulders and said ‘they need to move’

Agreed, get the heck out of there as fast as possible. Get your crap together and do your job! Love em or hate em, you better believe we have to have them in this fight.

I don’t understand what they hope to gain… It’s not like there won’t be another pro 2A group that will take the NRA’s place, or that the 2A will disappear if the NRA is disolved. If anything I think the replacement would be more motivated, unified, and hopefully improve on the NRA’s shortcomings and missteps.