Another Shooting that is in California

I wanted to yell “shoot him” at the screen. He had the gun pointed at the bad guy multiple times.

In one statement I read he said he warned the guy that he would shoot him if he didn’t leave. Sounds like he didn’t want to shoot.

Still a heroic action but what if the guy pulled out another firearm, shot the hero and went on to the next target? Or if after leaving he went to his van and instead of eventually shooting himself he took his other firearm and went on another shooting spree somewhere else? If the hero really didn’t want to shoot and/or didn’t feel imminently threatened once he had control of the firearm he could have tried to get the guy to get on the ground and put his hands on his head to wait for the police to arrive. Though that could be a risky move without training on how to keep the situation under control and direct contact with the responding officers to let them know everything was under control.

I would spend the rest of my days feeling very guilt ridden if I knew I let a dangerous individual get away to harm more people when I had the opportunity to stop him.

You and I think a lot alike. I agree with you.

Look at that angle through the eyes of a jury.

what if the guy pulled out another firearm

he took his other firearm and went on another shooting spree somewhere else?

I hope I would be calm enough after fighting for the gun to not shoot the threat when he was frozen or worse shoot him in the back as he retreated.

It’s amazing how nowadays, more is caught on video, and even gets out so quickly. Sad, but they also serve and education when we are able to observe, replay, even in slo mo.

I do tend to look through the glass from a legal perspective (not necessarily the best or correct, but just my tendency). I’m humbled from this position of viewer/obersver. That poor chap was there.

Since I said I agreed with @Shamrock and since I was advocating that the defender shoot the perp, I’ll give my perspective in response.

I think the defender would have been justified in shooting through most of the interaction I saw. Ability, opportunity and jeopardy were all present. The guy came in with a gun, hit him over the head with something, and is fighting to get the gun back. What’s he gonna do when he gets it back? My trainers said if someone tries to get your gun they are gonna shoot you with it making a gun grab attempt a lethal force encounter. If the guy came in with the gun, and you disarmed him and he’s trying to get it back….seems pretty clear to me what his intentions are. It’s also possible that the other mass shooting he perpetrated before coming here would be admissible evidence at trial proving the perpetrator’s intent.

I think the video also shows a lot of furtive movement on the part of the perp. The actual presence of another gun isn’t necessary in a furtive movement scenario. Furtive movement might not apply because I don’t really notice a cessation of the assault. Pauses yes. But, the pre assault indicators through any of the pauses (respectfully responding to your use of “frozen”) in the conflict indicate that ability, opportunity, and jeopardy are continuing throughout the encounter.

I’m certainly not advocating shooting when he was retreating.

Just my $0.02 and happy to be challenged in my thinking if/where I am missing something. I’m not trying to argue, just articulating my own perspective for my own clarity. I commend you and appreciate you looking at this from the perspective of the jurors. We all need to do more of that.

I hope I would be calm enough after fighting for the gun to not shoot the threat when he was frozen or worse shoot him in the back as he retreated.

As @Sinbad pointed out, the threat clearly did not cease once the hero got the gun. The shooter made multiple violent attempts to get it back and was given several opportunities to succeed. If this murderer was just a little more capable or if he pulled out the second firearm that he possessed and may or may not have been carrying at that moment then the hero’s reluctance to use violence against a clearly dangerous threat could have easily turned him into just another victim and likely not the last.

I never advocated shooting this murderer in the back after he retreated. But if someone points a gun at me and I am lucky enough to take it from them without getting shot, I am certainly going to do whatever I have to in order to make sure they don’t get their hands on the gun again if they move to take it back.

One of the ways I was taught to control a person on the ground was to get him flat on his belly, twist the arm so that the palm is up and put a knee on that shoulder. If said person resists lift the arm up higher to keep him still.

That sounds like it would work well if you don’t have a gun in your hands. But in this situation the hero is holding the gun he just took from the shooter. I would want to keep the gun as far away from him as possible.

I am a newbie when it comes to martial arts so maybe others have better advice but one lesson I have practiced with my instructor is weapon takeaways. He teaches the RCAT principle. Redirect, Control, Attack, Take. With the caveat that you need to keep attacking after the Take part until you are able to get away or the threat is stoped. So during the takeaway I hopefully would have inflicted enough damage to put the shooter on the ground. Not knowing his capabilities and if he was additionally armed I would personally feel more comfortable keeping my distance and holding him at gun point. This way I am sure he can’t get his hands on the gun again and I am in a better position to see and respond to other potential threats in case he wasn’t the only person involved in the attack.

We teach the same, Get off the line, Attack the weapon first, attack the attacker, Do Not Stop until the threat is eliminated. All of that said it’s still 50/50 or less.

I definitely hope to never have to take that gamble! Based on my practice sessions I would ideally be looking for windows and/or distraction techniques to try to get the attacker’s attention and the barrel directed away from me before making a move.

One technique that worked for me, was to toss the most expensive thing I had, high and to the side. So they had to reach. Hopefully pulling them off platform.

Love reading and watching articles grow, sometimes
I have a thought and then the miracle happens.

People put there ideas, thoughts, experiences into
articles like this Community and it expands to one of the greatest places to find help in difficult times.

Please do not stop and continue to talk things out. I have over 5 years of listening and reading some of the
worst Government propaganda and trash, it is painful. I I love the United States, but destroying The Constitution
and people’s Rights are terrifying and dangerous; it is Wrong.

We all know Only, Congress has the ability to make
Laws and it has procedures and processes to follow.
ATF, FBI, or and the States like California, they try to pass their state rules and demands. These States cause
discord and painful separations between its citizens.

Lawsuit are forming all over the place to stop and defeat
these gun rules and to stop the destruction of our
Constitution and our 2nd Amendment, plus our Constitution is under attack every area.

Everyone’s opinions matters and once again I love being part of our Community, USCCA. Thanks!

What makes me mad is that those alphabet agencies create their own court systems as well.

NRAA1F (@America’s 1st Freedom) Tweeted: Semi-automatic firearms have been popularly sold to private citizens since the 19th century. They are the most-popular design sold today and have clear constitutional protections. So, no, the president doesn’t get to tell us we can’t own them. #NRA #2A 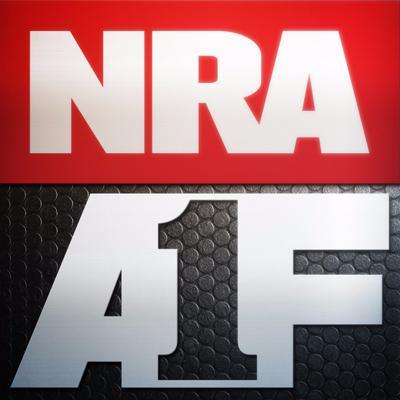 @NRAA1F
Semi-automatic firearms have been popularly sold to private citizens since the 19th century. They are the most-popular design sold today and have clear constitutional protections. So, no, the president doesn't get to tell us we can't own them. #NRA #2A americas1stfreedom.org/content/biden-…
2 Likes
AZMercury92 January 27, 2023, 8:32pm 56

I was thinking the same thing as well.