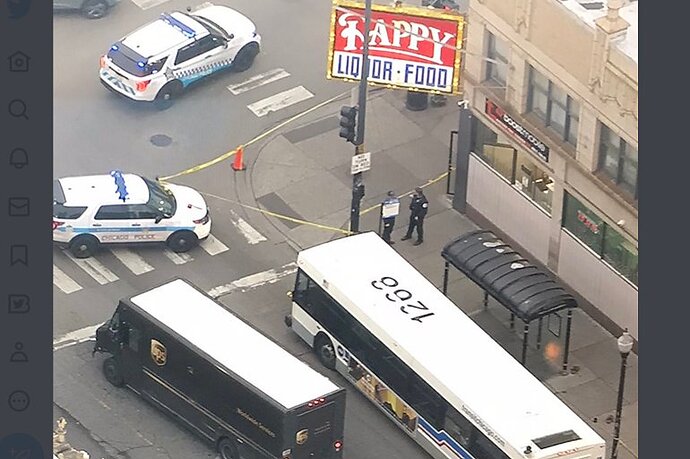 ◀Previous Post Next Post Coming Soon...▶ Chicago Police wanted murder charges to be filed after a felon illegally carrying a gun shot a man repeatedly, killing him. Not only did Juan Ferba, 26, fire at least 14 rounds, striking Kristopher Willett a...

See, if you’re a felon you’re not guilty in Chitown
Note to self: shoot 14 times, 3 in the head, and hit an innocent bystander.
Get home in time for dinner.
Got it🙄

I have no issues with anyone having the right to self-defense. However, this is beyond amusing considering he used a firearm in self-defense:

His lawyer stated, “They allege he had a firearm, but there’s no indication it was ever found in his possession.”

After confirming that Ferba was not facing any charges other than gun possession, Judge Susana Ortiz ordered him to pay a $1,000 bail deposit to go home on electronic monitoring. He is due in court again on January 18.

Video footage shows a felon (who illegally possesses a firearm) shooting (actively engaged) a man “repeatedly,” (so that’s how you do it–sarc) killing him. Three rounds of the 14 known fired rounds struck the target in the head, but there was an “errant” (this bullet gets blamed as being an “errant”) round which struck a passenger on a bus in the hand, which is possibly one of the four which struck the bus itself. However, the fact that it was a “self-defense” incident doesn’t matter that there was collateral damage to an innocent person or public property (so much for the 4th Universal Safety Rule), because in Chicago, if it’s “self-defense” it’s all fair game, got it.

The Prosecutor throws out first and second-degree murder charges because it was self-defense, totally kneecapping the Police, but charges that he illegally possessed a gun due to him being a felon, that the defense attorney says that his client was not caught with. okay. So, this about sums it up.

If I was a lawyer, I’d probably know how to approach this matter but since I’m not, my finite pea brain figures that just because the shooter is a felon does not mean murder charges gets dumped on him for what has been deemed a self-defense incident regardless of how many times the threat was shot or where they were shot, it was deemed self-defense. For me, where the issue of concern lies is with the collateral damage. An innocent person was shot (it doesn’t matter if she was shot in the fingernail), and taxpayer funded property was damaged as a result of him defending himself. Should there not be somewhere in this situation, some level of accountability, other than the fact that the shooter should never have possessed the firearm due to his status as a felon?

If I had lawyer eyes, I would probably be able to see differently how video footage could be ignored of the actual incident and argue that the alleged shooter was not found to have a gun on his person. But willing to acquiesce to bail of $1,000.00 cash for release to home confinement for illegal possession of a firearm.

Meanwhile, public property is still damaged, and an innocent person is in recovery from having been shot. But it’s ok in Cook County, Chicago if it’s a self-defense incident, there will be no accountability for it, it’s a non-factor in this type of scenario. And the shooter gets to go home if he can find the scratch to pay the 1k cash bond. Is this what this means? Did I about get it right? I’m just a citizen viewing the reported news. The same county, btw, that is onboard with the weapons ban. I’m just a citizen viewing the reported news and wondering: How should I dress today.