Tinley Park Man Was Carjacked And Got His Car Back, But Thieves Returned, And Victim Was Arrested For Firing His Gun Into The Air - CBS Chicago From what I can tell, his car was being stolen, but his life wasn’t being threatened at the point when he fired 3 shots into the air, which got him arrested.

Please use a subject that means something.

but his life wasn’t being threatened at the point when he fired 3 shots into the air, which got him arrested.

He should have been arrested and he can expect charges to be filed. USCCA Instructors use curriculum that teaches NOT to fire warning shots. He violated not only the law, he violated 3 of the 4 Universal Rules of Gun Safety.

I personally have not one ounce of sympathy for him other than the fact that he was ill-prepared, ill-advised and uneducated on firearms handling.

Welcome to the Illinois Concealed Carry Training Classes… where most of students are waiting to get their certificate and go home.

If you learn nothing and behave like you know everything… that is what gets you into the troubles.

His question made me laugh: “Where is the justice?”

He has just found it…

Welcome to the Illinois Concealed Carry Training Classes… where most of students are waiting to get their certificate and go home.

That’s disappointing but not surprising. Last week, I conducted an in-home course that went about 45 minutes longer than my itinerary suggested. New gun owners always have great questions. I felt obligated to stay as long as they needed me there. And then, at the range a few days later, I spent extra time after they completed their live course of fire. I also tell my clients that they should feel free to call, text or email anytime afterwards with questions or concerns. I follow up with my clients regularly to see how they are doing.

These “puppy-mill” concealed carry courses are not only disingenuous, they are perpetuating a culture of lack of responsibility and giving responsible gun owners a very bad name.

In the end, my signature and my reputation goes on that certificate. Along with the reputation of USCCA.

He’s pissed that he was the crime victim and he got arrested while the criminals got away. But I agree he shouldn’t have fired his gun, under the circumstances. What did he think would happen, that the car thieves would hear the shots, stop, and give him back his car keys? No, they drive faster.

I edited the headline to make it more specific.

He should not have fired the warning shots. Who knows where those bullets will land. Now those bad guys had some intestinal fortitude to come back and try to commit a second carjacking on the same victim. He should’ve called 911 once he saw them return and drew his firearm just in case.

Why waste the bullets shooting in air? What goes up must come down. And it’s illegal in some states.

If the victim had a conceal carry permit he just lost it. Not only does he have a chance of going to jail but his conceal carry privileges are gone. That will follow you to any state you move to, it’s ashamed. Makes it bad on other gun carrying law abiding citizens.

Yeah, he might as well have stomped his feet on the ground. Just as effective as firing his gun in the air (which is to say not at all), but at least he wouldn’t get arrested and lose his CCL.

“reckless discharge”
Yep exactly the right charge if you ask me. Shooting a gun into the air is ridiculous, what was he trying to accomplish?

Maybe they’ll come back later, looking for guns in his house?

What did he think would happen 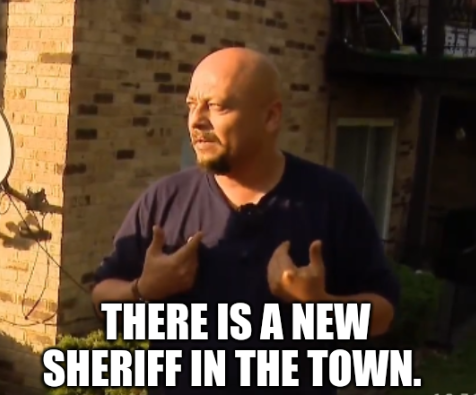 If convicted of a felony this guy won’t be able to possess a firearm in Illinois. Note “ever” in FOID card application questions.

They really need to get rid of the FOID card

get rid of the FOID card

From your lips to God’s ear!

Much like @Frank73 said earlier, I’ve had students in my class that think they know everything. Some have had the “I’m too cool for school attitude.” I’ve had talks with them privately after the first day, and if they continue to show the same lack of respect, I will fail them. And I have. In Illinois an instructor can fail you if they believe that you’re not taking it seriously or if you fail the shooting qualification. And just like Frank said, I have to put my name on their certificate. If I feel they’re going to be idiots, good bye. And no refund.

I first read the story right after it happened, and I said the same thing, it’s on him for firing his gun up in the air and gone, “Aaaahhhh!” (for the love of God, someone please name the movie). It’s interesting though to see how journalists work. Because this guy is an immigrant, they’re automatically giving him the sympathy card. So it’s hard for them to pick which is worse - do we frame this as a “guy shoots gun in a populated place” story or do we frame this as a “poor oppressed immigrant has his car stolen and fires his gun in the air in frustration” angle?

Life in danger? Try to avoid or get away. Draw the weapon in an oh-■■■■-last-ditch-very-bad-day situation. NOT because you’re pissed off that someone has stolen your car, or your pacifier.

I don’t think there was an immigrant angle. More crime victim vs. criminal angle. Carjacking has been epidemic in the Chicago area, so it magnifies the story.