Concealed carry holder shoots 2 teens who tried to carjack him in Hoffman Estates? 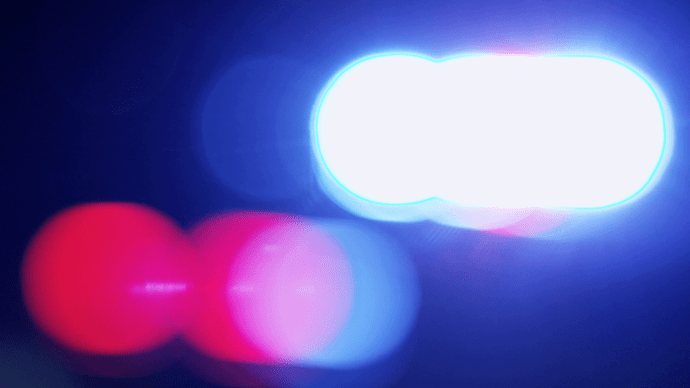 Concealed carry holder shoots 2 teens who tried to carjack him in Hoffman...

Two 16-year-old boys were shot in suburban Chicago early Friday morning after allegedly trying to carjack a motorist at a gas station.

Without knowing all the details it’s difficult to make a call on this. At first blush, this “sounds” like a property crime. Meaning that if it isn’t worth dying for, it isn’t worth killing for. However, most carjackings involve a use of lethal force or threat of same by the perpetrators.

There isn’t much to the news account. Waiting for more details but it reads like the permit holder shot at the perps as they were stealing the car. This gives me the impression that they were already driving away in it. Every bullet from your firearm must be accounted for. Shooting at a fleeing thief might get you into trouble if you were not in immediate fear of death or great bodily harm.

I absolutely agree with everything you said.

Here are more facts, the hijackers used a gun on the car owner as they force him to give up his vehicle and as they were about to drive. That’s why he used his concealed.

If this statement is true:

… a man, who had a valid concealed carry card, fired shots at the vehicle as they fled the scene.…

it doesn’t seems to be happy ending for concealed carry holder.

The Police let him go.

More I read… more I can see…

The suspects were described as two male/black subjects, wearing black clothing, white gym shoes, and armed with a handgun.

There is still not enough valid information.
He may go free now… but who knows what happens next. If handguns were involved he will be good!

Thank you for the additional information. Looks like he made a good decision. I’m happy that he wasn’t hurt in any way. Hopefully some aggressive prosecutor won’t get any wise ideas about pursuing charges against the permit holder.

I read in another news report an off-duty cop got into trouble for firing at a vehicle as thugs drove away. CCW holder might have to answer a few more questions.

As for the teens, age shouldn’t be highlighted in the news report except to shame the parents.
A lot of sweet sixteens can pass off as voting age adults. Add a firearm and no one in fear for their life would politely ask the kids how old they are.
No 16-year old aspiring criminal shows their ID before committing a crime.

I define a carjacking as a use of force on the owner of the vehicle to forcibly take it, like the owner being in the car and the 2 teens use a weapon to take him out of his car, since they were already in the process of driving away it is auto theft or larceny of a vehicle. Once they leave they are no longer a threat. But as @Jesse stated the extra details

Here are more facts, the hijackers used a gun on the car owner as they force him to give up his vehicle and as they were about to drive. That’s why he used his concealed.

In this case you are justified in attempting to draw your gun and use deadly force because a firearm is being pointed at you but remember they have the drop on you, or you can simply give up your car and call 911 and make a report.

More corroborated info needed. If they were pointing a gun at him, sure, he can shoot. If they’re already fleeing, I doubt it.

I know it’s hard to allow someone to take what you brought and worked hard for but sometimes it’s not worth a live and I do know that with our justice system criminals are sometimes back on the streets doing the same thing again within hours, kids nowadays has no respect for self so how can we aspect them to respect the average hard working citizens? I hate to say it but I have to, since their parents didn’t not teach them respect for others the streets will.

Lots to be learned from this:
1.) Two 16-year-old boys - with a gun. Your aggressors come in all sorts of ages and usually are not by themselves.
2.) allegedly trying to carjack a motorist at a gas station. Any transitional places are target points for an ambush. Anytime you get in or out of your car or even at a stop light.
3.) a concealed carry license holder — took out a gun and shot at the pair. One teen was struck in the left shoulder and in the back. He was listed in serious, but stable condition. The second teen was shot in the left leg and is listed in fair condition. Self-defense: . The force used in self-defense may be sufficient for protection from apparent harm (not just an empty verbal threat) or to halt any danger from attack, but cannot be an excuse to continue the attack or use excessive force.
As a answer to the title,… Yes and No!

Not enough information for me to have an informed opinion, so i will give the benefit of doubt to the CCL holding carjack victim. I am always suprised to here of a CCL license holder in Chicago, i wish there were more of them.

Drive a crappy car then no one will want to steal it.

In Richmond, VA, a number of years ago, an off-duty police office shot and killed a man that was stealing his vehicle - the perp was driving off and no weapon involved, but the officer’s. He was not charged.

I’m not a lawyer, my opinion is only drawn from my CCW classes and continues reading of the law pertaining to CCW.
In my opinion, once the carjackers stopped being a threat to his life, i.e. fleeing, he lost the right to shoot them because they were no longer an imminent threat to his life. This will not end well if the prosecutor decides to go after him.

From legal perspective - that is true.

In this particular case, they say that at least one of the assailants displayed a handgun and the shots were fired during confrontation.

Maybe they should make a defense round that exudes itching powder instead of a bullet. That would definitely be enough for me. No possession is worth taking someone else’s life. It’s all replaceable. Karma is a bitch for guys like that.

Edited to add that if someone put me in danger of life or limb by the act of stealing from me I believe shooting them is justified.