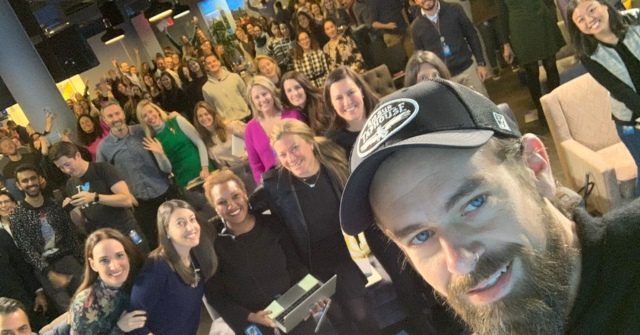 Of course, they have.

Ah hell they should just ban them all & be done with it.

Well, it is a privately owned platform. They can ban who they like. I would think banning a high profile poster like Trump is a really bad idea, but, I don’t use Twitter.

It would be awesome if most folks just left twitter…today. The power of the people…and THEIR method of cancelling things.

Some folks are getting out, guess it’s not going to make much difference. Time will tell…

I think we have it all wrong! Removing yourself and others from a media platform is not the problem or the solution!
The problem is media has taken over the “social experiment” and decided that we are the bitcoin, we are the currency! Me, you, us our fragile society can’t fight the machines! I know it sounds like a science fiction movie, but you understand we are the extras! We have NO leading role, nor do we have a leader!
As far as solutions go, they have announced their terms, of our service to the machine. You either hit “ACCEPT” or you don’t exist! They have the power of “shall not be infringed “!

It is his fault that twitter got elevated like this, put on a pedestal. His use of twitter was also unreasonable, he picked up verbal fights with people far beneath him, should have let his press secretary handle that account. 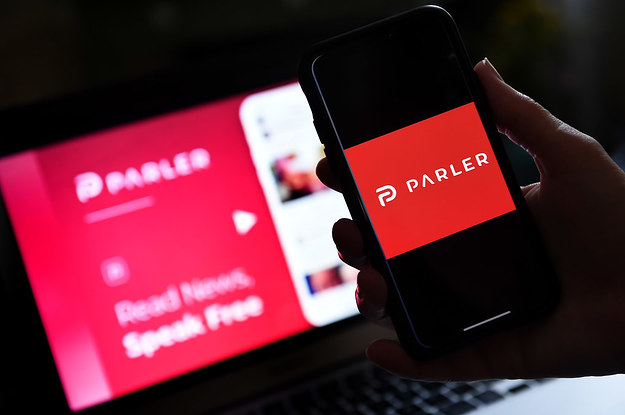 Apple Has Threatened To Ban Parler From The App Store

The social networking app favored by conservatives has been given 24 hours to institute a moderation policy.

Big censorship incoming. Got a 30 day suspension on Fakebook tonight for sharing a news article from their list of news articles.

You mean they just effectively banned themselves and you got caught in the middle?

They’re eating themselves much sooner than I thought they would.

If this is “eating themselves”… hm, ok. Beats traditional purges

Google banned Parler app from its app store. You can continue using Parler from the website on your android phone.

“Corporation of good” my foot. And stupid too. They havent learned from Kremlin trying to ban apps for the past few years. You cant ban things on the Internet! Its impossible!

P.S. Parler app is still available for download from the Parler site. You just need to permit it to install over Android safety warning. Did I say you cant ban things from the Internet?

The ways that people are manipulated on Social Media platforms are well known, and former executives have warned about the consequences of dividing people into different information groups. The purging of Trump supporters from Facebook and Twitter only formalizes that division.

Frankly, it makes me sad. Not for the Big Tech companies, screw them. It makes me sad for the Union, because I don’t see how people stay united when they can’t even talk to each other.

A Common Enemy has always worked in the past…

I am historically “Big Tech” (i.e., have been a reasonably senior leader in three), so I’m not sympathetic to the overall attacks on them. I’m also a huge believer in private property rights. In the end they must make choices that are the best business decisions for them. They establish policies to protect themselves legally and from other significant business risks. The policies are objective, though one could argue they seem more enforced when violated by “conservatives” rather than “liberals”. I don’t know how true that is in practice though. I regularly report tweets by liberals who threaten violence or otherwise violate Twitter’s policies and have always had Twitter take action against them. Where I think they went overboard is on censoring Covid-19 related material, which also became a sort of right vs left issue. And credible Covid-19 skeptics got caught up in the mix, so again that made it seem more like they targeted conservatives.

I don’t quit Twitter because my primary use of it has nothing to do with politics. So while I could go elsewhere, like Parler, for political discourse that is another social network not a replacement. I tried to quit Facebook but still need to use it occasionally (1-2x a month). For example our neighborhood has a group there and it is the primary source of neighborhood information. But I never used FB for political discourse as I try to keep that from interfering in my relationships with friends/family with widely different political views.

Google (and probably Apple) banning the Parler app from their app stores is not a huge surprise given the app probably does technically violate their policies. In the case of Android you can allow apps to be installed from outside the Play Store, so Google is basically saying “we don’t want to be associated with this app, but you are free to use it”. There are downsides to this, from lack of distribution by Google slowing the apps’ spread to users opening themselves up to increased security risks (e.g., by widespread use of the non-Play Store installation mechanism). But they haven’t really blocked the app. Apple is a little different, they don’t have a non-App Store way of putting apps on iPhones (or iPads). This has them under anti-trust scrutiny right now, which is perhaps why they are taking longer than Google to institute a ban. They really don’t need a case of banning political discourse to be added to an anti-trust case. And the Attorney Generals of more conservative states might just be motivated to go after them by just such a situation. That said, I do think they will ban Parler from the App Store unless Parler leadership takes at least a modest initiative to conform to Apple policies. They will then argue that users are free to go to whatever website they desire as the workaround.

Being a little philosophical here, these moves by Big Tech have positive long-term upside, but not for them. When Ebay banned firearms and many related items, Gunbroker was born. I don’t use Ebay much anymore for anything, but I have channeled a fair amount of money through Gunbroker this last year. Getting traction with a new social media offering (outside of generational preferences) has been very difficult, yet Twitter and Facebook’s apparent anti-conservative bent has given Parler a real shot at it. Parler’s real success depends on it not being just a place for unrestrained conversations by the right, but certainly gaining tens of millions of users because of that gives them a foothold for broader use. Basically, think of Big Tech as creating openings that will over time lead to a significant loss of their own dominance.

Big Tech is also being naïve on the regulatory front, though I am sure they feel caught between a rock and a hard place. Conservatives, who would normally be more pro-business, have become so anti-big tech that they now call for anti-trust action against them. And Liberals, who have always been big believers in destroying business success, just as they tried (and by many measures succeeded) with Microsoft. There is a very good chance that Big Tech, and their employees, who ended up more aligned with the left will see themselves eaten alive by that very same left.

Who will be the next ‘demon’ now that Trump is gone?

It makes me sad for the Union, because I don’t see how people stay united when they can’t even talk to each other.

By meeting in homes, churches, and local taverns the way they did 245 years ago.