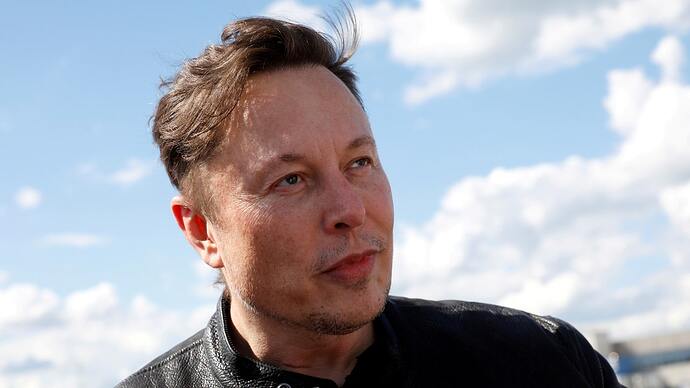 Congressional Democrats sounded the alarm this week after Tesla CEO Elon Musk struck a deal to buy Twitter for roughly $44 billion that will take the social media company private.

I can’t wait until he lets Donald J. back in.

I genuinely don’t understand the meltdown over free speech.

I don’t think it’s a left-right thing. I think it’s more of a generational difference.

Now we’re in this weird position where the left equates freedom of speech with fascism, which is kind of like equating birthday cake with a volcano. Real liberals are still out there, but seem to be irrelevant at this point. Bill Maher is a good example. But the actual liberals seem to be a dying breed.

So where does that leave our society when the next generation takes over, with no common ground between them? If we can no longer talk to each other, what chance to we have?

All I can say is, I’ve missed my country! 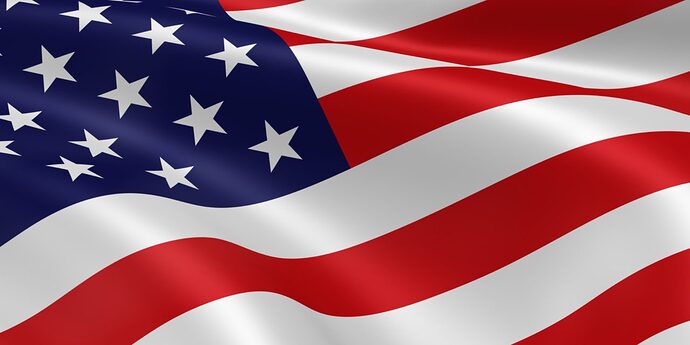 I’ll give my life to get it back!
For now, I’ll give Elon Musk the chance to recoup what we lost!

Trump says most likely he won’t be back on Twitter. Guess he started his own babble app…
Not a Twitter fan myself, but sometimes I think Trump’s ego and psyche is a bit too sensitive.

Now I hear Don Jr. is starting a 2a group to battle gun grabbers in DC…

Yup, saw them both on MSN after I posted. 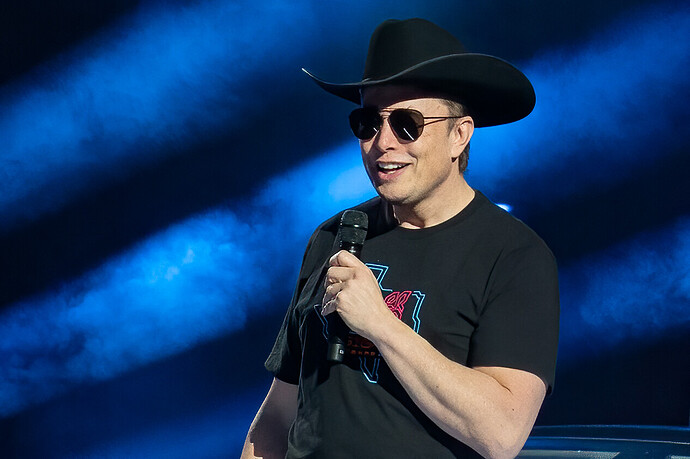 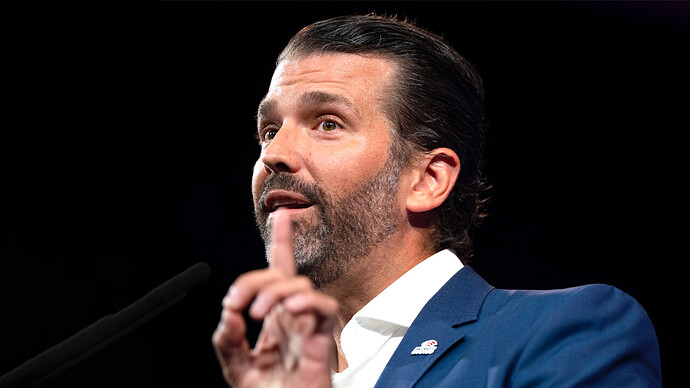 Fox News Digital has learned that Donald Trump Jr. will be launching the Second Amendment Task Force and will serve as the chairman of the group as it works to protect Americans’ right to bear arms.

Think I’ll start another babble app…called “belief”, as there is no truth, only…belief

Actually free speech has gotten short shrift in this country supposedly dedicated to the First Amendment. Wendell Wilkie spent several years in a federal penitentiary because he spoke out against the U.S. involvement in WWI. Woody Wilson, while he still had most of his marbles, was malevolent in his personal vendetta against folks opposed being involved in a foreign war where we didn’t have a dog in the fight. He thought being involved in WWI would lead to him leading the world into peace and freedom according to Woody.

Up until Japan ill-advisedly jumped at the red flag that the Roosevelt administration was waving at them, the country was generally opposed to once again raking Europe’s coals out of the fire when WWII rolled around. Lindberg, the American hero was openly favorably impressed by what he saw in Nazi Germany. So was JFK’s daddy. Old Man Kennedy thought Hitler was the greatest thing since smuggled whiskey.

Even as recently as the Vietnam follies the protestors were violently suppressed. Now I don’t have any objection to using live ammunition against folks who are throwing rocks and bricks and molotov cocktails at the folks who are trying to contain a demonstration that has gotten out of hand. The constitution says we have the right to PEACEABLY ASSEMBLE. In my book a peaceable assembly doesn’t involve bricks and molotov cocktails and looting stores that don’t even know that all the commotion is about.

Ole J. Edgar, the closet queen had voluminous files on everyone who even suggested that just possibly we ought not to be involved in a pissant country in Southeast Asia to quote probably the greatest liar to ever take up residence in the presidential palace. And Tricky Dicky Nixon was no slouch in attempting to suppress free speech.

So before lamenting the lack of free speech these days, take a brief tour back through the annals of yesteryear and see how free free speech really was. Oh, and I left out Lincoln and his machinations against protestors against the War of Northern Aggression. I was brainwashed all though the years I was subjected to the winner’s version of how the War of Northern Aggression got started. With more evenly weighted reading, I have come to the conclusion that Lincoln, despite his protestations of not wanting war, actually forced the war much as Woody Wilson forced our entry into WWI against the wishes of a great many responsible, thinking U.S. citizens.

While I think that publicly owned companies should eschew partaking in political issues, nobody is forcing you to use any of the electronic media. You disagree with their policies? Unsubscribe. Hitting a corporation, like politicians, in the pocketbook is the quickest way to get their attention.

I personally don’t see any need for any of the “social media”. I don’t twitter. I don’t facebook. I am not linked in. I don’t tic hoc. I waste all my time penning diatribes like this one.

I wish Elon Musk all the best.

If perception were the truth, we’d all be liars. 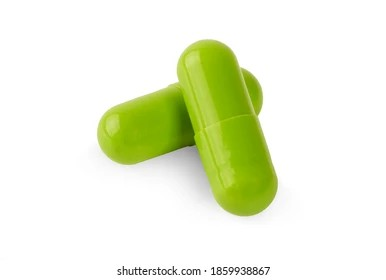 Is there such a thing?

It is not the stupid twitter. It is not even the politicians in the high offices guarding their agendas. It is the realization of how much hate is pent up in so many people and that they want to silence and erase you for wrongthink.

Yeah, I’m not on Twitter and I don’t like how it’s become the defacto means of communication in this country. It’s like trying to have a complex conversation using only bumper stickers. But if Elon can right the ship a little in regards to free speech, more power to him.

I’ve wondered if this takes a little bit of the wind out of Trump’s sails when it comes to his new social media platform. The folks still suffering from Trump Derangement Syndrome should be applauding Musk.

It’s already in your head.
Don’t listen to the dormouse…
– Never Twitter

well said, from what I’ve seen.

Trump has said no because he is starting Truth Social. David Nunes said as much too, and looks at Truth Social as more United States concerns, and Twitter more global. However I suspect that as we get closer to November that may change. I would not doubt we will see Trump again on Twitter.

Trump created enough trouble for himself when he was on Twitter. What’s wrong with limiting your communications to WH Press Releases?
And you have to credit Trump with elevating Twitter to the status it has (and doesn’t deserve). No more of this, please. 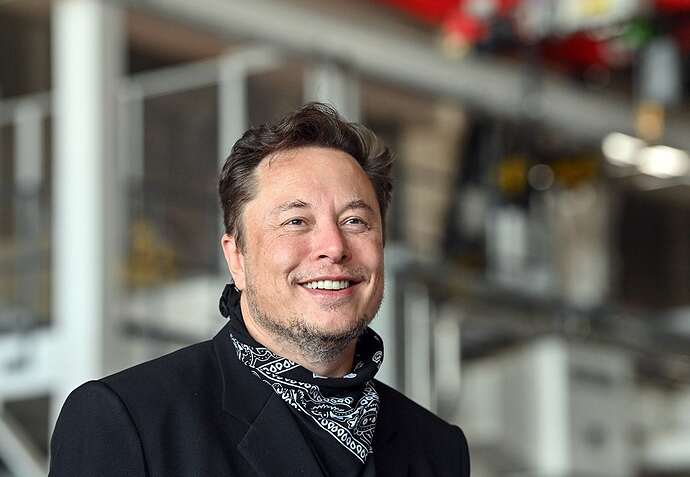 Following his purchase of Twitter for $44 billion, Tesla CEO Elon Musk teased buying more iconic American companies in order to ostensibly restore them – even suggesting that he might buy Coca-Cola in order to reintroduce cocaine into the ingredients...

Why not, when they took out the cocaine they added caffeine to make people addicted to it.