finally the truth is coming out 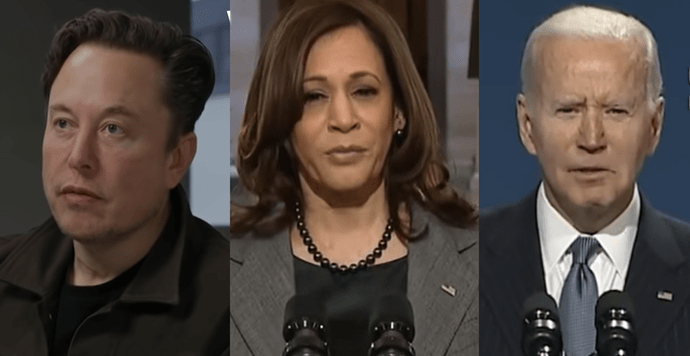 Elon Musk set the record straight on the ‘All-In’ podcast yesterday about the groundbreaking Twitter files he has released through some independent journalists. Musk said: “I think it’s important to… if we’re going to be trusted in the future, to...

I really think we are past the point of any truths making a bit of difference in this country. Midterms come to mind as well as my social media observations. Musk is mocked by the young basement dwellers, Trump is knocked by 10 headlines a day on MSN.com, and Hillary still isn’t “locked up.”
We can hurrah and fist bump all we want, create attention getting headlines in right wing articles…but where has it gotten us?
I am glad to see Musk take over twitter…but look at the vitriol aimed at that platform since he bought it.
On a humerous note…sort of lol.
Fired Twitter Employee Applies For First Real Job - YouTube
Twitter Employee Undergoes Therapy Over Elon Musk Takeover - YouTube

Whenever I see some of these headlines or more proof that we were right, I just shrug and go “so?”

Nothing will change. Because everyone that would be needed to effect those changes are in on it and/or support it.

…then take a look at medias input on the “insurrection”, and our Washington so-called leaders as well. The left and MSM sees this as worse than 9/11, Pol Pot and Hitler put together, and the right has Jim Jordan and maybe a handful of other reps innefectively speaking their mind…but the rest sit back, check their portfolios, and go tsk tsk tsk. For cripesakes, my realtor, a grandmother, was at the protest (why we hired her on the spot), and told us about the antifa folks causing the chaos and other observations totally different than what is getting rammed down our throats by the msm and dnc.Chip Roy Blasts The 18 Republican Senators Who Voted For Omnibus - YouTube