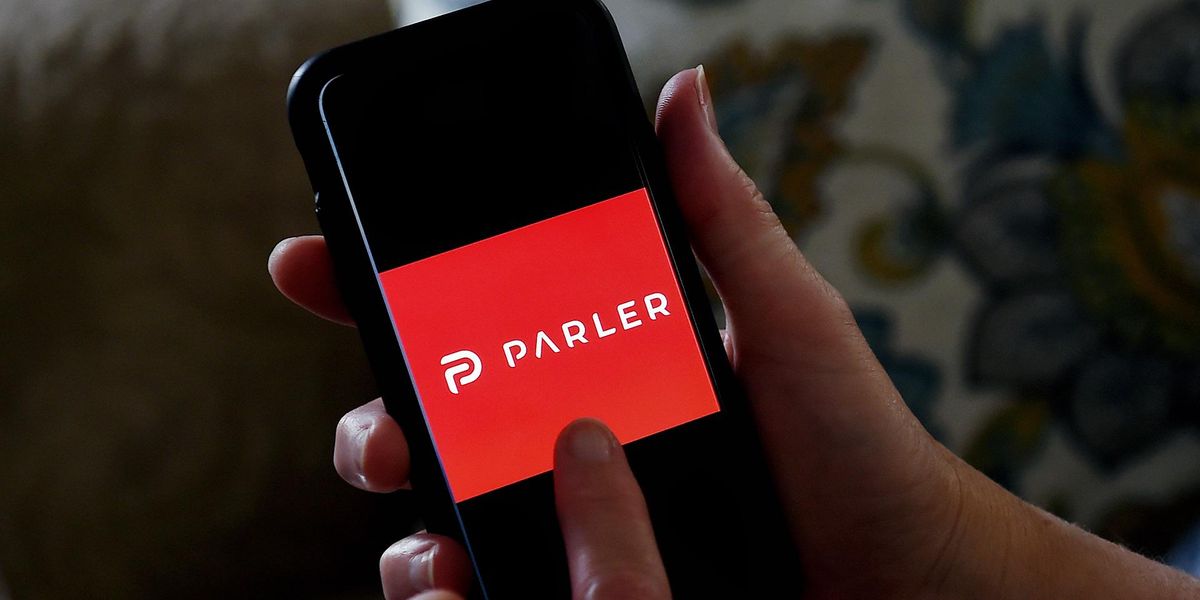 Parler removed from Google Play Store, threatened by Apple for lack of speech...

And it triggered a rush of people leaving MSSM and going to Parler and the others anyway.

Seems they overlooked that you dont need the app to take part, DuckDuckGo works just fine.
I would imagine it to only be a matter of hours before the app starts popping up on dozens of other places (like downloadable from the Parler homepage) 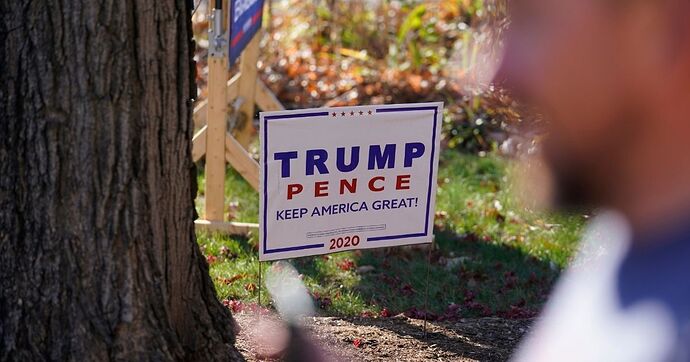 'Your sociopathy and cynicism got people killed yesterday. You have carved your name into the unerasable hard granite of permanent ignominy.'

Just open Parler in a browser and use it directly.

Yeah, those that aren’t concerned about 2A need to look at what’s happening with 1A. It’s been a rough year for the 1st Amendment. Frankly, that concerns me more than all the other issues. I grew up knowing that some people oppose 2A, but censorship was always the thing of fascists and commies. Yet here we are.

And once the first 2 amendments are dead, wait and see what they do with the others.

Amendments 4, 5, and 6 have already been pretty well gutted.

The problem is the 1st doesn’t stop private companies from censoring people. The bigger problem has always been that people get all their news from private companies that have long since given up on fair and unbiased reporting or in most cases never even tried in the first place. And now most communication takes place through private social media companies that can censor pretty much any one/way they want. America is being split into two different realities with neither side getting the whole story. This is making it very easy for the plutocrats and kleptocrats to divide and conquer.

All they’ve done is create two echo chambers. Liberal-think on Twitter, Conservative-think on Parler. Neither side will have access to opposing ideas. The divide is only going to get worse from here.

What I don’t get is what shutting down Parler ( hope I spelled that right) is going to accomplish?

Ideaologies are bullet-proof and cannot be silenced by removing apps.

It’s nice to see tech companies weighing in on free-speech issues, isn’t it? I’m sure all the execs & employees are upright, above reproach?

I have told folk that are all in on this- I hope to see this same fervor & passion for silencing/ cancelling when they come for YOU!

This is 100% true. I don’t know if a true “unbiased” new organization has ever existed. Large cities used to have competing newspapers, and people would buy the paper that fed their bias. Today, they find the online news feed that doesn’t threaten their echo chamber. The problem has always existed, but technology makes good things better and bad things worse.

No access? Come on, just open Das Kapital! I am sorry, but there is no fresh thinking on the opposing side. Equitable housing, for example, I read about it in Dr.Zhivago. Inclusive language - 1984. I will appreciate it if someone proves me wrong.

Echo chambers and dogmatic thinking are bad, no dispute. The lack of civil discourse makes things even worse. How long can you brand people deplorables, Earth killers, etc before they turn hostile and tune out.

I wish I could prove you wrong, but what is old is now new because no one reads history books anymore.

Parler seems to be in dire straights. Amazon has said they are kicking them off of their AWS platform on Sunday. Parler’s CEO says it will be at least a week before they can get setup somewhere else.

AWS says the reason they are kicking them off is they can’t keep posts inciting violence off the platform according to AWS terms of service. (more details in the article linked below).

Amazon Is Booting Parler Off Of Its Web Hosting Service

Amazon's suspension of Parler's account means that unless it can find another host, once the ban takes effect on Sunday Parler will go offline.

John @ Parler posted they should be back on Tuesday. I’m supportive of them because I’m not in favor of censorship and am a big supporter of the Bill of Rights. I frankly think it’s despicable that people are openly advocating silencing others because they disagree with their opinion. It’s like these people have never read a history book before.

Parler seems to be in dire straights. Amazon has said they…

Rest assured there will be a forensic search/investigation of those hard drives. Even with all of the real time parsing and indexing of information that goes on real time.

Standing up a private web server is not that big of a deal and storage and MIPS are pretty darned cheap in the grand scheme. The problem is a single server can easily be compromised by even something as simple as flooding it with packets, fire, EMI, or power loss.
Enter distributed servers, even that is not exactly a science project now days, but it takes significantly more investment and coordination, along with the next level of technical expertise.
Where google got/gets their steroid injection is from corporate america preferring to transfer necessary infrastructure (read cost and expertise) as well as liability. The halls of the upper floors are overflowing with people who prefer to build their resume over taking personal accountability. So it just makes sense to ‘go with the expert’ when your career could be on the line. Sprinkle some 'economies of scale on top of all this along with the small business services for the guys that normally couldn’t manage their own IT and… viola Google is King.

But, none of this changes the fact that, with the right people involved, Parler could be up and running again in a week, maybe two, assuming they were smart enough to create their own backups ot their binary property.

I wonder what attacks will follow when Parler divorces its infrastructure from the illiberal cloud providers, like Gab had done years ago. Is it going to be planting of illegal content by anonymous trolls, the electronic swatting? Is the utility company going to disconnect their power? You can boycott Amazon but not the utility company.
It is a shame that a legitimate American company is being forced by the illiberals into the darkweb, TOR anonymity, sharing same space with pirated content, drug sales and worse.

Rest assured there will be a forensic search/investigation of those hard drives.

This is why one can’t post honest thoughts about anything anymore. And that is how democracy wlll fall, whether it is this attempt or a future one, unless the peoples stand up for what they believe in…here in America. If they don’t stand up for American values, they should be free to go elsewhere. There are a lot of places to live, and I wouldn’t want to push a bounder up hill all of my life.

Kristalnacht in Germany was done not by the Army, or German Police, but by uniformed paramilitary goons. Amazon, Google and Apple are trying hard to become the SS for the Party.
How about - no vaccine passport, no Amazon delivery and no grocery store access for you?

I frankly think it’s despicable that people are openly advocating silencing others because they disagree with their opinion.

My concern for Parler (and any other non-liberal websites) is that at some point (in fact many points) you are trusting your infrastructure to someone else. You may own the server, but it’s unlikely you own the network connection to the internet, the power company, the banks to process your payments, etc. How many of those legs that any business stands on will give out under pressure? I’m not sure I want to find out.

If I had to guess, I’d say the safest location would be one of those off-shore datacenters like the kind that used to (still does?) host wikileaks.