I feel sorry for this couple. They were trying to defend their house from possible attack. What can we learn from this? And, what can be done differently in the future?

First thing that comes to mind is, if it were you or me our contract with USCCA would be null and void! They pleaded guilty to a lesser charge!
Second I would like a clear and concise answer on what exactly to do when 500 angry animals show up at my door and surround my home and family and claim they want to burn down my home and kill me?

Do I try to escape my home plead for mercy of the crowd who want to kill me, do I get Secret Service protection, plead guilty ( when I’m not ) and suffer the consequences of the court or do I go out in a blaze of glory?

Seems like a no win situation unless you’re the bad guy! Good guy always loses! Why should I call a good guy to represent me when I can call a District Attorney like Gascon and get off Scot free? What’s the point of protection if you can be protected?

Secret service or not one of those judges or family members are going to get hurt. Good people better come to their senses or we are to become a third world nation!

The court is always loath to take on 2A cases under the “can of worms” principle, especially cases which, to them, seem relatively minor. We shouldn’t be surprised that they took a pass on this one. Add to that the fact of the McKloskey’s guilty plea. As lawyers, surely they understood the legal ramifications of their plea?

This is why things will never get better with racial tension. For every step forward there are two steps backwards caused by turds.
Very sad.

What can we learn from this? And, what can be done differently in the future?

Defend from attack. Not possible attack. Personally, I wouldn’t have offered up the incriminating photo opportunity the McCloskeys did, replete with piss poor gun handling.

All good points. My 2 cents worth: if you are a rich couple in St.Louis, don’t virtue signal and donate to a destructive movement (you didn’t know, huh?) then complain about them. 2nd, stay inside, house offers concealment, including from social media, and other tactical advantages.

What can we learn from this? And, what can be done differently in the future?

Go back and look at the photos of the McCloskeys on their porch, handling their guns. Having first made the very bad decision to leave the safety of their home by going outside, they both were handling their guns (his rifle and her pistol) unsafely, especially when she had her finger on the trigger, muzzling the crowd. In my mind they were illegally brandishing their weapons, threatening the crowd with deadly force when no imminent deadly threat had yet arisen. There is a significant difference between brandishing and defense display of a firearm. That difference can be in the mind of a prosecutor and if the prosecutor leans toward brandishing, you will be charged.
Even though both of them are lawyers, they appear to be woefully ignorant of both gun law and self defense law, not to mention basic firearm safety.
What can we learn? Go take the legal use of force portion of CC&HD class, and even better, take Andrew Branca’s Law of Self Defense course and read his book of the same name (currently free for the cost of S&H).

Lesson in the form of a question: Who else in their neighborhood acted like the McCloskeys did?

Defend from attack. Not possible attack.

Aren’t we taught to act rather than react? Once the attack is on from 300 to 500 animals there will be no time. Watch the border for the actual mob overrunning our agents, if they are smart they are just going to step aside. We may as well raise the white flag and surrender our country and our homes!

Where’s all the bravado, “don’t tread on me”, “this is my castle and will defend to the death”, “give me liberty or give me death”. Just a bunch of historical quotes! More like “walk all over me, it’s yours, take it!”

Last night’s circus proves it. Someone here once posed the question, would we win a war? Not a chance, we are already in a war and we’re cowering like liberals. Actually the liberals are putting up the fight of their lives. Bravo, kudos!

Never enter into combat unless your sure of victory or willing to loose your life to save a life.
The mess that this world is in truly shakes me to my soul. If everyone on this planet pulled together and pooled our knowledge and resorted the world could really be utopia.

From what I understand, none of the idiots were armed, nor did they trespass on to the McCloskeys property. Acting is going on the offensive, and I thought we are trained as civilians to be defensive.

To bad ; this ain’t a do over. If we have a God ; go on overtime for help, we need Devine intervention.

Certainly laws are different from place to place and DA’s will always have a bias one way or the other. That said, in Utah, what they did “may” have been legal. I wouldn’t have to retreat and I can have/show a weapon if I, and here’s the catch, “Reasonably Believe” I’m in danger.

(a) “Dangerous weapon” means an item that in the manner of its use or intended use is capable of causing death or serious bodily injury. The following factors shall be used in determining whether an item, object, or thing is a dangerous weapon:

(i) the character of the instrument, object, or thing;

(ii) the character of the wound produced, if any; and

(iii) the manner in which the instrument, object, or thing was exhibited or used.

(b) “Threatening manner” does not include:

(i) the possession of a dangerous weapon, whether visible or concealed, without additional behavior which is threatening; or

(ii) informing another of the actor’s possession of a deadly weapon to prevent what the actor reasonably perceives as a possible use of unlawful force by the other and the actor is not engaged in any activity described in Subsection 76-2-402(3)(a).

(3) This section does not apply to an individual who, reasonably believing the action to be necessary in compliance with Section 76-2-402, with purpose to prevent another’s use of unlawful force:

(a) threatens the use of a dangerous weapon; or

(b) draws or exhibits a dangerous weapon.

(4) This section does not apply to an individual listed in Subsections 76-10-523(1)(a) through (f) in performance of the individual’s duties.

I think we have to agree on the disparity of force and they were sincerely scared to death in their quiet little hamlet! Me, I would set up a choke point within my house and wait. However, once they breach, game over!

The big question still remains what to do if they were to fire bomb the house, they were burning down cities at the time!

Yes, coming out of the house was a bad idea, but that’s a lot to overcome once they make the decision to charge and break in from every opening! The odds are against you!

Me, I would set up a choke point within my house and wait. However, once they breach, game over!

Bingo. Observe carefully, act expeditiously. Easy to remain out of sight from a house as well, no need to make oneself a target .Cripesakes, we’re trained not to draw unless pulling the trigger, so thinking if someone drew on us, as these two did, it’s “game on.”

Cripesakes, we’re trained not to draw unless pulling the trigger,

Maybe that has been your training but not mine. I have had several listructors talk of needing to know when you draw whether it is to shoot, or to be prepared to shoot. We would practice some draws to presentation with trigger finger indexed on the slide, and other draws to fire as soon as sights are on target.
In my most recent class the instructor used the difference between Condition Red and Condition Black as draw and ready(Red) versus decide to shoot (Black). He pointed out that quite a few defensive gun use situations end with no shots being fired, much more so than defenders having too pull the trigger.

Perhaps I should have stated being ready to pull the trigger. I have had to draw and not pulled the trigger.

Is this your strategy…? My house is in the yellow…at some point in one’s life you need to take a stand. Like when you where six and really had to have that candy bar, bet you held ground till you got it. Sorta like dating also, did you run the first time she said no? How about that promotion, did you keep trying, making your case?

Point is, sadly there will be no place to run, blue liberal parasites are invading every free space. We either give ground or take it! Can’t have both unlike some spoiled millennials, there are winners and losers! I chose win! 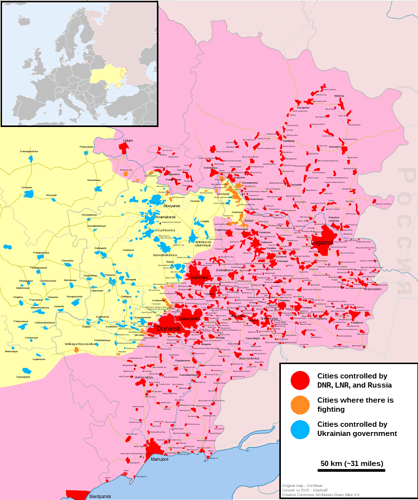