BREAKING: Armed St. Louis Couple Has Been Charged For Defending Their Lives...

Gov Parsons, who helped write the Missouri stand your ground law, has said he will pardon them if needed. With all that the media has pushed about the “peaceful” protests, and the fact this group had broken through a gate onto private property, I think they will win in court, and the charges will be dropped.

yeah just saw that…felony and misdemeanor use of weapon? I think they will win
as well, not a lot of people are talking about the gate that was torn down so the protestors could get into the neighborhood.

Hopefully they do win. Sadly, with the current state of affairs, it would not come as a complete surprise if they didn’t. I’m also curious as to what this “diversion program” consists of.

“I am open to recommending the McCloskey’s participate in one of my office’s diversion programs that are designed to reduce unnecessary involvement with the courts. I believe this would be a fair resolution to this matter.”

Diversion program sounds like lawyer talk for “I know I can’t legally charge you, and will reduce/drop the charges, if you play along.”

Diversion can occur at many points throughout the criminal justice system. It refers to connecting offenders to services and programs, rather than sentencing them to time in custody.
After successful completion of diversion court programs, charges are dismissed or vacated. However, information such as arrest records and charges filed still exist. In order to completely erase all non-conviction information you must apply to expunge or seal your record. 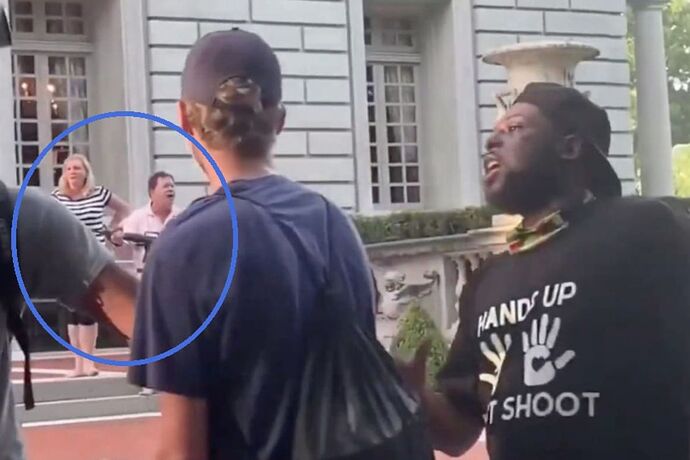 Prosecutors File Charges Against McCloskeys But Their 'Case' May Have Already...

Circuit Attorney Kimberly Gardner has filed charges against Mark and Patricia McCloskey. The couple displayed a handgun and a rifle as protesters entered private property and shouted at them during a...

It appears to be a purely politically motivated prosecution. I hope the McCloskeys fight this vigorously, and then work for the removal and disbarment of the prosecutor.

The part about the rifle not being loaded, and the pistol possibly being a prop is somewhat disconcerting. Ballsy move…definitely not a bluff I’d be trying to play.

It is unfortunate, but they aren’t exactly poster children for the cause.

People feel strongly, whatever their position, and folks like the prosecutor will do what they think is right in their eyes. It is part of the equation that allows us to do the same. It isn’t pretty, but it is the system.

It is unfortunate, but they aren’t exactly poster children for the cause.

No…definitely not. Personally, they probably make a better case study of what not to do than anything.

With all that’s said, a precedent is being set. There is one strong and powerful lesson from history we’ve learned, the Nazis started this way. Defunding, violent disrespect, propaganda…do we need any more clues? Burning down police stations, when did that become a form of protest?
I would not be surprised if they locked them in a public stockade. 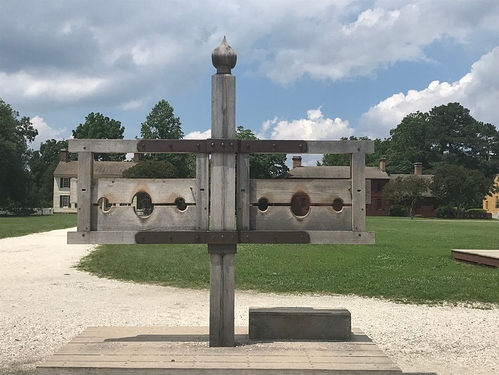 I hope he gets his AR15 back. I read where a gun store owner offered to replace his AR at N/C. Good to see we have 2nd Amendment citizens who take the Constitution seriously. Tired of every situation being a political football, including football.

While I dont personally have a beef with the couple defending their home, I just wish they would have stayed inside to do it. It would have greatly enhanced their survivability if someone in the violent mob had a gun.

While we have fairly critiqued their tactics, their hearts were sure in the right place. I do hope they fight this politically motivated, leftist prosecution and win. The bolshiveks should not be able to do this to citizens who faced down a violent mob who were threatining to kill them.

just wish they would have stayed inside to do it. It would have greatly enhanced their survivability if someone in the violent mob had a gun.

I sorta disagree, mob mentality is extremely volatile , if one of them broke a window to gain access, they would have piled in, killed anyone that got in their way and burned it to the ground. Then they would move onto the next home and the next home!
You saw it in commercial districts. You know, I Hope, that those people did NOT want to come out guns blazing, (I don’t want to come out with my guns blazing, I will heed your advice and stay indoors until I am forced to stop the threat, but 300 people???) nor did they really “want” to harm anyone. They were scared to death. Operative word being death.

Having handled several citizen-involved shootings of 2-legged predators in Kalifornistan–as well as far more non-firing usages of firearms by citizens that ran off riff-raff, I was appalled that a modern-day prosecutor’s office would contemplate charging anyone other than the trespassers for any violation of law. This is pretzel logic, bent legality and enforced unreality on a scale that strains credibility past the breaking point. Diversion? MI NALGAS–that numbskull prosecutor should be sued into poverty and disbarment for malicious prosecution.

I was just thinking about perceived intent. If the mob is trying to get in, then nobody can claim they were just peacefully protesting, which they always claim.

Also, the mob coming through the door and windows are now funneled into a choke point. Easier to defend a few entry points versus being outside. Also, if the couple had to open fire, most of the others will scatter. They are not motivated enough to soak up casaulties trying to get in. Just what I was thinking anyway. I could be wrong though.

From what I’ve read, this likely won’t stick, but we’ll. People are making new truths every day, right? I do not think that waving a firearm at others with your finger on the trigger and a smug look on your face is a good choice.

So…what were their good options? To me:

Others? Have I got it all wrong?