“This Cannot Be Right”: How the Gun in Alec Baldwin’s Hands Turned the ‘Rust’ 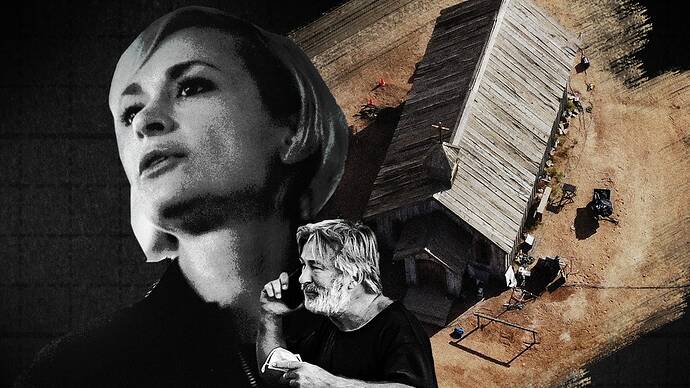 “This Cannot Be Right”: How the Gun in Alec Baldwin’s Hands Turned the ‘Rust’...

Five errors contributed to cinematographer Halyna Hutchins’s death. Inside the investigation into a fatal accident that’s shaken the film industry—and sent the district attorney on a quest for answers.

As usual, there is so much wrong here, I don’t know where to start, but how about this part towards the end of the piece?

That caught the attention of D.A. Carmack-Altwies. “I didn’t know too much about guns, certainly not about 1850s-era revolvers. So when I first heard that, I was like, ‘Oh, that’s crazy,’ ” she says.

I think you’ll soon agree that the D.A. doesn’t know that much about guns — she doesn’t even need to tell us so.

Baldwin says that he merely pulled back the hammer on the gun. FBI analysis of the weapon will determine functionality, as well as whether mechanical failures might have caused it to go off. But in the meantime, Carmack-Altwies and her investigative team did an unofficial test of their own. “One of the investigators in my office happens to have a very old type revolver, and so he brought it, at my request, so that we could look at it and see if that was at all possible,” she says.

“A very old type revolver…” Was it the same make of revolver, in the same operating condition?

They cleared a room in the office, and two investigators inspected the gun—the one who had supplied it, then a second officer who verified that it was empty. “Then they visually showed me,” says Carmack-Altwies. “You can pull the hammer back without actually pulling the trigger and without actually locking it. So you pull it back partway, it doesn’t lock, and then if you let it go, the firing pin can hit the primer of the bullet.”

Don’t you love her observations? “You can pull the hammer back without actually pulling the trigger.” Wow.

I’m wondering how partway they pulled it back, and why the hammer didn’t lock. Kind of sounds like the gun they were “unofficially testing” had a problem.

But more than this, why the hell is she — not a gun expert — speculating on how it might have been a problem with Baldwin’s gun — not the gun they “tested” — and broadcasting this in a magazine article???

Telegraphing a possible defense for Baldwin?

I did not have sexual relations with that woman. It was the gun.

Oh, wait, I believe it was a cigar…

I have handled older revolvers and I can tell you this much, I can partially pull the hammer back, let it go and it will strike the primer. I’m utterly amazed that this is even a point of discussion. It’s like they are trying to find a way to blame the gun and not to blame the #1 person pointing the gun at and shooting another person #2 person that put live rounds in a prop gun. 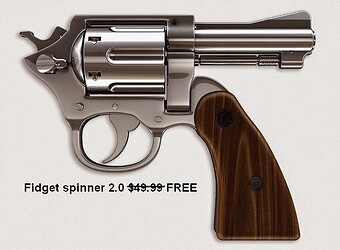 image700×514 60.6 KB
Good thing they cleared the room! Baldwin should have cleared the gun, period!

Go ahead, put him on the stand! 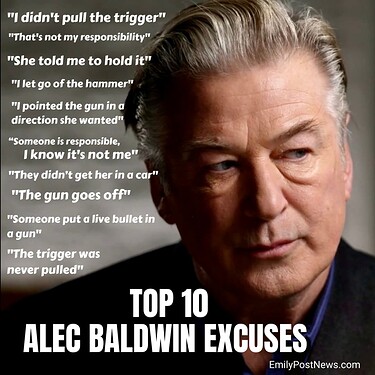 Made it through “her wife and kids” and up to ding-ding-ding…and realized Vanity Faire just ain’t for me. Skimmed the rest, the ignorance is real. Mankind is definitely on an intellectual decline; has been for awhile but definitely accelerating.
Wonder how many of us would have so much support trying to shift blame from our stupidity and negligence. Betting not too many.

“fanning the trigger” I believe the term was, learned that when I was about 10, watching westerns. 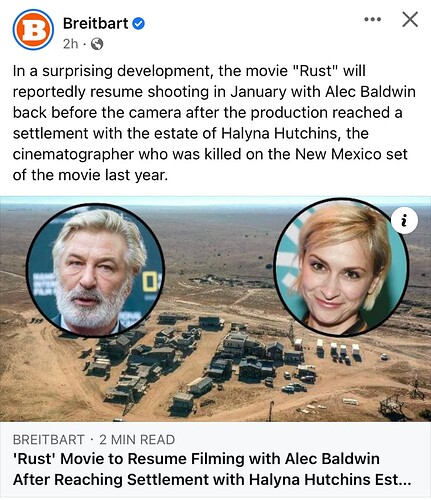