Thinking about adding a 5.7x28 combo to my rotation

I’ve been looking at adding a PS90 and an FN 5.7 to my rotation. I usually carry a 9mm G19 or M&P compact (unless I’m feeling old then it’s a 229). I also travel many miles over the week, so I keep a Daniel Defense DDM4V7P in the back of the car for those circumstances I can’t possibly plan for.
I’ve always liked the PS90, I have some decent time behind a true p90 and really liked it but I have always been intrigued by the caliber. I don’t have a lot of real-world data as to the rounds viability for self-defense using commercially available ammo. I do like that the idea of having the same caliber for both.
Has anyone embraced the 5.7 caliber in some form for more than a range toy?

I know I could just get a 9mm PCC but this scratches 2 itches, want and practicality (hopefully).

I recently saw the Speer gold dot ammunition in stock. It was outrageous expensive. The American Eagle fmj is running about $40 for a box of 50 online. 20 round flush fitting magazines have appeal, but it’s way too expensive to practice with.

I can completely agree… But the cost isn’t as much the issue as making sure that it’s not money that will just get thrown away on a platform that isn’t going to have to added advantages.

You should get it if you want it. It rings steel at 150 yards at my place, but so does 9mm. I reload, but still don’t shoot it much because it’s so hard to find the brass.
My test medium is one gallon water jugs and whitetail. I’ve put a whitetail in the freezer with a 147 grain XTP. Haven’t even began testing 5.7 on water jugs. Probably be next year or later for hunting with it.

isn’t going to have to added advantages.

I’ll also add that 5.7 never hits my triple spinning target at 15 yards to swing the outer targets up so the top center one can be shot to reset them. My medium power 124 grain reloads will some of the time.
357 wraps them up with authority. 44 magnum will knock the whole target over sometimes. 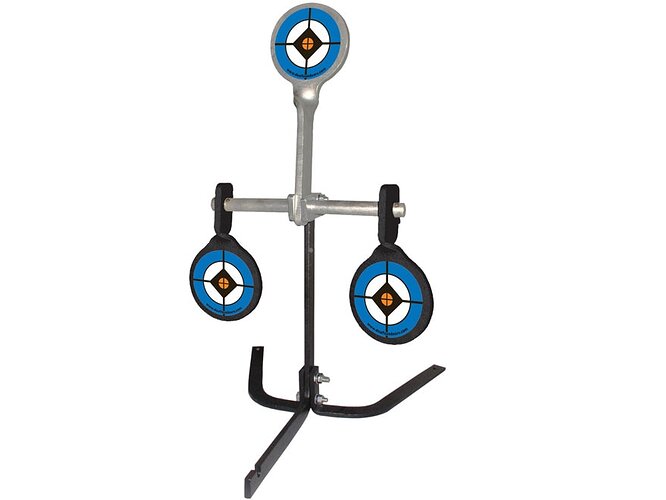 I say go for it if you just want to do it for the fun and intrigue.

From a purely practical perspective, buy some more 9mm ammo or an additional AR15 type (or more spare parts and 5.56). Practically speaking I believe you already have the best tools for the job and rotating to equal or less practical tools is just for fun.

Decide which (itch/want/fun vs practicality) you are more interested in and, IMO, go all in on that one

I was also intrigued and almost bit on the 5.7 bug, back when you could get the 27 grain ap for way less than todays commercial product. I stuck to my NATO calibers pretty much however, and some fairly recent youtube videos testing 5.7x28 have me happy I didn’t bother scratching that itch. For $1/rd. I’d much rather shoot a decent quality .308, 2-3 rounds of 5.56, or 4-5 of 9mm.
Lack of recoil and mag capacity are strong points of theround however, and hey, it ain’t my money

I have been attracted to this round for some time. I will probably get the new LC Carbine this year upcoming. Then I might get the Ruger 57, who knows?

Depends on a lot of things. Ammo is quite pricey and performance with commercially available ammo is pretty”meh”. It basically gives you .22 Mag rifle performance out of a handgun. More from a carbine, but still pretty much a weak sister. Even from a carbine it’s no more powerful than the ancient .22 Hornet. Not my cup of tea-I’ll take a .357 carbine like a 92 Winchester EVERY time.

how about the new 5.7 carbine that takes the same mags as the Ruger 57? That’s the way I’d go. I like the 57 for all the positives–stopping power, capacity, accuracy, low recoil–but the full size is not great for EDC with a light and red dot. If I was in your predicament, I know what I’d do…
The FN 57 has an absolutely DUMB safety. unlike any other pistol I’ve shot. Also, anecdotally, lots of bad luck from owners I know. Ruger 57 has controls like a 1911. Yay.

Costs will never approach the level of the big players, though. Won’t ever approach 5.56 power/performance in a carbine, or 9mm in a shorter barrel either. In terms of cost, availability, ballistics, it’s just not there.

It is different though, and that’s what some people want. And it’s higher performance than a .22lr so if you really want the capacity and low recoil that is where I’d go with that

I just read somewhere the the 5.7x28 is now a NATO round. If true, it will impact the future of this round greatly.