The First Trigger You Squeezed?

What firearm, where, and your age?

For me was a Rossi single shot 12 ga,in Harlan Ky creek bed, age 5-6(?). At 7 I learned .22 revolvers.
Funny yet scary - that first shotgun shot knocked me on my rump.
FTR, I was with my grandpa and two older uncles as well as my father.

Iver Johnson single shot 16ga, my Dad didn’t tell me to spread my legs and lean into it, it knocked me back 2 steps. In our yard in rural WI. I was about the same age. Shortly after I fired a .22 semi-auto pistol then .22rifles. Good times.

I was 16 years old, citizens military training.
M-16 (I fell in love with the design)
semi auto—we were not allowed to waste ammo

I couldn’t see what I was hitting

We were young and excited, no one complained about the trigger pull or the noise.

I was at Boys Scout Camp and we competed with this rifle. It was fun… that’s what I remember.

Some old POS .22 rifle when I was about 12. Wrote a story about it, if you are interested. 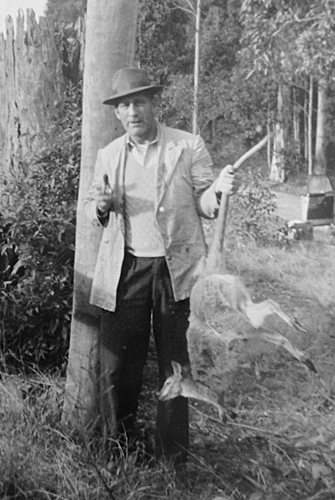 How My Father Taught Me To Shoot – GunsmithUSA NEWS

Wrote a story about it, if you are interested.

Very much interested! I’m a sucker for father-son stories.
Thanks for sharing.

Not sure, but recall at 12 years old shooting skeet with a 12 gage at summer camp. That was memorable, Joe the 'nam vet laying prone at 4 o’clock, nailing missed clays with his rifle. We shot .22lr rifles at break apart frisbees as well, trap style. I recall my shoulder lurching forward the first shot with .22 after getting used to the 12 gage

. Think I shot .22lr before that, as I recall buying ammo at Western Auto, little box of 50 had to have been less than 25 cents. Camp was 1971, Western Auto was a mile away then and now, but you sure as heck don’t see kids walking down Main St. with a rifle anymore.
Looked up the camp, still going strong. https://campworkcoeman.org/

Shooting and swimming…never thought of that combo lol.
Good writing.

The first trigger I ever squeezed was my Ruger Police Service Six when going in the Police Academy. Six shot revolver. It had a decent trigger but was a pretty heavy bulky gun. Thank God we went to Glock 19s in 1988. At the time I was 24 years old.

This is a great topic, thank you for starting it @Smiddy

My first after a BB gun was a 410 single shot that required a rod to extract the spent shell. I shot it dove hunting.

I don’t remember what brand of firearm it was, but I remember shooting my cousin’s .22lr pistol with 4 barrels when I was about 13 years old.

First trigger was an M1 Garand.
First pistol was on the qualifying range. No one ever bothered to teach me how to shoot, they just said here, go qualify.

.22LR single shot Stevens rifle. Probably at the railroad tracks not too far from home. Assuredly with my dad and brothers. I don’t recall what age. Under 10. Probably closer to half that age.

Dad’s .22LR rifle at about age 14 hunting jackrabbits out at the ranch.

Old Ruger 10/22 that I don’t believe was ever cleaned. Plinking cans in a friend’s farm. That thing just kept getting passed around all day and never complained.