You seem very adept at responding without actually answering the question or taking a stance.

When the murderer showed up at the school, other than his, how many guns were present?

Bonus question, when the shooter entered the school, other than his, how many guns were present in the school?

Is the answer to both of those questions…0?

heading to bed, let’s see what is reported in the morning…

So it is settled, we are in agreement, the problem is that there were literally 0 guns there other than the murderers when he showed up, the solution is in fact more guns where they are needed most.

Thank you for wrapping this up before bedtime

Why do we need to know when the police do it right???

The answer is obvious: when you only know one side of the story, you don’t know anything at all.

An executive order repealing the 2A will be worthless. If he were to sign one, are you going to comply? I wouldn’t. And millions and millions of other gun owners won’t either. So the order itself is useless. The real question would come down to enforcement. What would he do to enforce that order? If he decided to send Federal agents door to door to confiscate the guns he would usher in the second civil war. Would they do that? I doubt it…but who knows.

We have a member asking for help.

Any tips on level II training. I passed level 1 training with flying colors got into level II and crashed and burned. the terminology used is confusing to me 40% on the testing in the first course really blew me away to the point of walking away from the level II training I guess I am asking for help Mike

"At least two states are considering legislation that would allow lawmakers to ignore federal laws or judicial rulings they believe violate the Second Amendment right to bear arms.

Utah lawmakers are considering a similar move as early as next year."

Would they do that?

Absolutely yes, they would. One of the things we learn in this community, is to be aware of our surroundings, the writing has been on the wall from the moment he said “so help me god”

Did you ever in your dreams ever see federal troops guarding a fortified U.S. Capitol bldg?
How about a V.P. Bailing out felony criminals, or maybe the invasion from the south. These were all unthinkable, unimaginable, did you ever think you would see a speaker of the house, publicly embarrass the office of the presidency by tearing up, on national television, the State of the Union?

Do I think they will send out federal troops, no doubt in my mind! They may not come marching up to the door, but they will be unleashed and will be following orders! Where have I heard that before?

How do you say in American, fool me once shame on you, fool me twice, shame on me…
Roger Daltry said it best
“
“I’ll tip my hat to the new constitution
Take a bow for the new revolution
Smile and grin at the change all around
Pick up my guitar and play
Just like yesterday
Then I’ll get on my knees and pray
We don’t get fooled again”

Well, sir, one you expect to do it right… the other one proves its done right.

Why was the man able to walk in the school that should have the doors locked so people who wanted to enter had to be identified before they was let in. 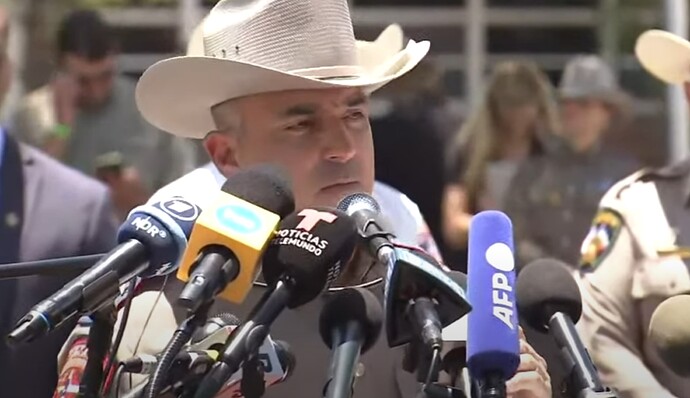 Officials: Gunman Was Inside Elementary School For 1 Hour Before Being Shot...

New details are coming out regarding the deadly mass shooting at a Texas elementary school that left 19 children and 2 adults dead. Officials held a press conference that provided additional details about the timeline of events that occurred that...

I read that in Texas, the minimum age to purchase is age 18, no background check required.

From my understanding this is untrue. ALL states required a background check when purchasing ANY type of firearm from an FFL.

The only time a background check is not needed is in a private, person-to-person transfer. Which, in some states are illegal and must be done through an FFL. I don’t believe a private transfer is illegal in Texas but the information I have states that asshole that did this purchased the two rifles from a gun store. So it would have had to have passed a background check to walk out of the store with the weapons.

Breaking News: 4 years ago shooter was arrested for saying he would shoot up a school when he was 18.

The shooter should have failed the NICS Background check. 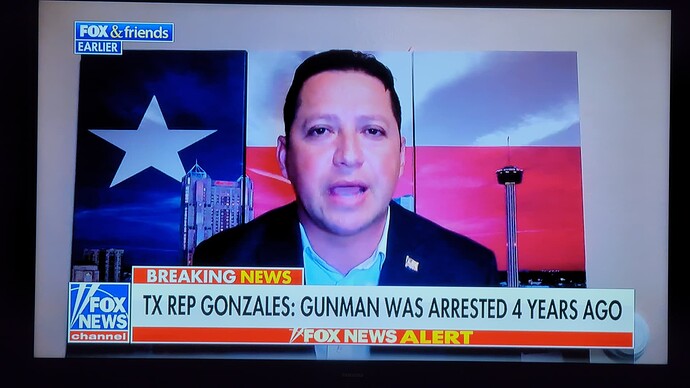 That doesn’t address your original question: Why do we need to know?

Something occurred to me this morning.
We hear from politicians:

“More guns in the hands of civilians will result in more gun violence”
“Common sense gun laws will stop mass shootings”
“Background checks at the Federal Level will stop criminals from getting guns”
“Your taxes will not increase, not one cent”

And every time it’s simply not true. They can say it in the moment, pass laws to reflect their opinions but in the end, when it’s stupid and wrong they are never held to account for the straight up dishonesty they spew upon us almost continuously.

As you said, it’s unfair to compare the U.S. to the U.K., where relatively few people are allowed to own firearms.

Well, hold on. The longer point I was trying to make is that there are more things used to commit crime than firearms. If you want to say there are more firearm incidents in the U.S. than the U.K., well, ok. That’s like the old argument people make that say owning a firearm makes you more likely to commit suicide with a firearm. Or living in an apartment makes you more likely to die in an apartment fire. It’s technically true, but also meaningless.

When you say “Maybe there are less mass murder events in the UK,” I can’t argue, but I don’t think it’s a fair comparison. The entire UK is about the size of Michigan, so if all things were equal, I’d expect the UK to have less of just about everything than the US. Also, there are more types of mass murder than just mass shootings.

I have a CCW to be able to defend my self because there are too many damn guns in this country that I have to defend myself against.

That’s a rational position and one that is shared with many people. I’ve heard a lot of people say they’d be willing to give up their guns when everyone else does the same.

There’s an ironic cycle that we complete every time a big story breaks involving gun violence. Celebrities rush to denounce gun violence and get some face time. Politicians call for more gun restrictions. And then gun sales go up. I think that this is- at least partially- explained by people who think just like you do. Crap, everyone on TV is shooting each other, I’d better buy a gun.

The shooter should have failed the NICS Background check.

He never was convicted of a felony, nor adjudicated crazy. So, unfortunately, no stopping him this way. It is the family that had enough access to him to see whats going on, the family is where the fault happened.

That’s the point with the bill in the Senate that all the actors are crying about, right? Universal background checks wouldn’t have stopped this person.

The anti-2A people seem to be batting 100 on this. The bills they have at the ready when a mass shooting event occurs never contain any changes that would have prevented the event they are using to promote the bill.

ANd I would say that the anti-2A people are reaching base 0% as none of this is getting out of the Congress and with this SCOTUS having their hands on New York State Rifle & Pistol Association Inc. v. Bruen, many of the current gun laws are going to be hit hard.