For an adventure in sheer lunacy for you critical thinkers, look at 2011’s MARS ONE project that thankfully went south in 2016, if you’ve never heard of it. The Dutch who proposed it must’ve overdosed on science-fiction. They actually recruited volunteers - one woman who signed up was perfectly willing to abandon any core-values she had - if she had any - and abandon her family for the one-way, 2-plus-year trip. We’re still in the Stone Age regarding any ideas regarding manned space-travel. In addition to a more sophisticated system of propulsion, we’re going to have to have a large, thriving and robust Moon colony, capable of space construction - and considering our massive descent into entropy, it’ll take centuries to make such a colony viable, if at all. I frankly wouldn’t be surprised to discover that this hillbilly planet is under an imposed, largely-unknown quarantine - our radio and TV signals continue to travel into space, while dumbass scientists like Carl Sagan and his cronies took it upon themselves to thoughtlessly and deliberately betray us by compromising our location via the Pioneer and Voyager projects. Don’t be surprised to find us trying to face down a hostile, space-faring race intent on plunder - maybe we taste just like chicken to them. AARGH!

As far as I’m concerned any lunatic that wants to leave for mars, I’ll pay for the tickets and the gas! Send them on their way and forget about them. They can boldly go where ever they want!
Let’s make the capsules big enough for ALL of them!

Kinda interesting though.
“OK mame, we’re sending you to Mars to propagate the human specie in space”, “You’ll be traveling with him”. 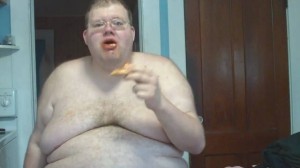 Why wouldn’t you want to fly with Bill Gates???

Not gonna happen, no heavy lift vehicle for him…