Out of the Federal governments concern and back to the States.
Let the “night of rage” begin.

Let the summer of hate and violence begin… Carry on and Carry Stealth.

I don’t get why so many are against this. Pushing it to the states seems like a great idea to me. Some will be pro, others not. Options…

In the future, we’ll probably “farm” eggs and grow many letting only the best to mature, making a better race of humans. We’ll look back on all of this and roll our eyes.

Praise the Lord. I dont care about rioters, or how rules will play out between states.

Never really saw this as a issue, if you want to do it fine it don’t effect me or mine. That person will have to stand and account for it on their judgment day. Not me. Do I think abortions should be illegal, no. But I don’t want federal money paying for it. If your old enough to make the decision to do what it takes to become pregnant then you should be old enough to pay for it. Tax payers shouldn’t pay for it if your unable to. Now in cases of rape or something like that or if the mother will die then that should be the individual’s decision and a state fund can be made for that to help with cost but it should definitely be up to the states and the people of that state to decide that not the federal government. Just my opinion.

In the future, we’ll probably “farm” eggs and grow many letting only the best to mature, making a better race of humans. We’ll look back on all of this and roll our eyes.

Better - according to whom? Pfizer? WEF? The race baiters and haters in Academia? Margaret Sanger? The CCP?
There is a way to make humanity better, but Eugenics is not it.

Let the RIOTS begin from the peace loving left

Yesterday on his birthday, Justice Thomas gifted us with a long-awaited victory. And today

Better - according to whom?

Math. Survivial of a species. Lots of reasons.

22 years ago R and I stood in an exam room in New Mexico. We had just finished the ultra sound exam required by New Mexico before we could proceed with an abortion. R was in her 40’s so pregnancy was considered risky, downs syndrom and the like. The tech left us alone in the room and I said to R “Well that’s it, that was a heart beat, that little one is alive” she agreed. We’re glad we made the right desicion. 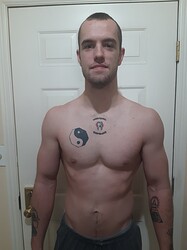 Is this the image of the fetus LOL.

No that’s a picture of the person that was inside of R 22 years ago.

letting only the best to mature, making a better race of humans.

Thank you very much Adolph.

What do you mean by “math”? I wasnt aware someone has a formula of what makes one embrio more valuable to society than the other. I heard CCP scientists may be experimenting with this… surely Google and Bill Gates wont let our nation fall behind in this! LOL

Beethoven was born to a prostitute afflicted by syphylis. Trivia.

“Because of Donald Trump, [Senate Minority Leader] Mitch McConnell, the Republican Party, their supermajority and the Supreme Court, American women today have less freedom than their mothers.” -Nancy Pelosi

What she did NOT mention: Unborn babies

have more rights than the tens of millions who died

It’s a good day to be an unborn baby.

@
BREAKING: Congresswoman @AOC has arrived in front of the Supreme Court and is chanting that the Supreme Court’s decision to overturn Roe v Wade is “illegitimate and calls for people to get into the streets | @TPUSA”

"To hell with the Supreme Court, we will defy them!” – Maxine Waters

@
Radical-Leftist Maxine Waters says “to hell with the Supreme Court, we will defy them! Sounds very insurrectiony for a member of Congress.”
13 Likes
BlackHawk June 24, 2022, 6:03pm #19

Definitely sounds like the makings of an insurrection to me! They should be held responsible for any act of violence carried out by their supporters!

And Jan. 6 was an insurrection