A thought about irony

I find it both amuzing and very very sad. Our president is going after guns and gun owners because of the claim it will save the lives of our children. On the other hand, he and the “claimed” majority of the dumbocratic party are upset at the reversal of Roe v Wade decision that ends the abilty to kill unborn children. They want to take our guns to save children but want to be able to kill them when THEY want to!! Such a sad day for this country. Talk about irony!! This should be the new Websters definition of the word! IRONY: The ability to take guns away from the people to save children but allow people to kill children before birth.
In later thoughts, I would like to add the movie “IDIOCRACY” to the mix. We have went from a country of patriotic and Christian support to a (partial) country of people like in the movie. Allowing kindergarten spelling on senior class projects so no one is left behind. Left behind what? If you fail or “hold them back” (dont want to hurt anyones feelings) they wont be with their peers and will feel bad. Boo hoo!!! Certificates or ribbons just for showing up, trophies for loosing, awards and metals for setting the bench, are all examples of why we are here now. IDIOCRACY is becomming the way of the land much faster than the movie could have ever expected. The author of that should be given an award and i sure would like to know what he thinks will be next since he was so spot on with this one!

Yup, it does boggle the mind.

I always thought a stark example of irony would be to save an anti-gunner’s life during an attack, robbery, home invasion, etc. One idiot said on a TV interview - with an infuriating smirk - that he’d armed his home with sawed-off cue-sticks for clubs! Remember the old saying that a conservative was a liberal who’d been mugged?

They can’t discuss the finger on the trigger because then they have to talk about the reasons behind crime.
They have to talk about ‘guns’ as a third-party cause because we all know the criminals are the problem, and that most of these criminals are born out of and often actively supported by failed Democratic policies, mostly in Democratic area, and most criminals would probably vote Democrat if they could.

Modern times with the leftists reminds me of the bizarro world of Zippy the pinhead.

Irony is just including this topic among others with my neighbor who recently moved here with his young family from NY. This and the danger of red flag laws in a neighborhood of woke drama queens, which I feel will be the lefts next attack on normal folks. “Eeew, he voted for Trump, and has guns… eeww, I’m scared.”
Got some vids for ya’… different chapters, but same book.,

…gotta’ laugh, or you’ll end up being the next headline.

Eminem Is N**** of the Year | Dave Chappelle 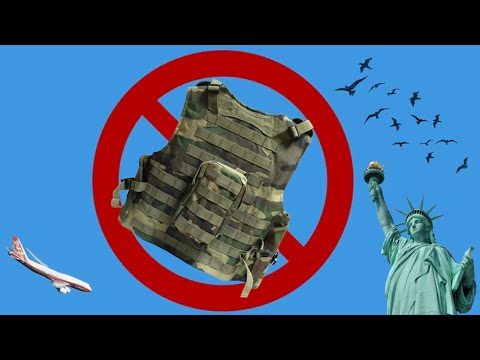 I believe the word you are looking for is hypocrisy. It can be found anywhere a left wing politician speaks.

The only thing i question about this is the SQUIRREL at the end.

These are the jokes, son, they don’t get any better…

To be honest, thats what i thought but as we all know, its all but impossible to show emotion every time in type. Thank you for clarifying that for me. Stay safe!