Scenario:
You are walking your dog, he’s a 100 lb. Rott Weiler, you are armed with your concealed carry firearm which you legally carry, during your walk you encounter 2 large Dobermans coming through an open gate running towards you and they begin to attack your dog, What would you do?

The reason I ask this question is because when I walk my dog there are 2 Dobermans in a home that always growl at my dog from behind the fence, my dog is an 80lb Pitt bull. So I say to myself what would I do? Can someone shoot a vicious animal to protect their pet? Just wanted to hear some responses from the community.

I am not an attorney. Perhaps @MikeBKY could weigh in?

Pets, according to the law, are property (at least where I live). Nothing more. Pulling your EDC and killing the attacking dogs, unless YOU were in danger, could be perceived as an illegal act.

Oh, so I have a local case going on right now about this very thing. Do a web search for more details but you can just start with “Justice for Ludwig”. There are a lot of signs up all over Wayne, St. Charles, and the surrounding communities demanding the guy that shot the dog be put in jail.

Brief details - According to a police report from Wayne police at the time, officers from the department and the Kane County sheriff’s office were called to the 5N600 block of Pearson Drive for a report of shots fired. There, they found that a homeowner had “fired multiple shots from a handgun at a neighbor’s two dogs who he stated were on his property and aggressively blocking his path from his boat dock, where he was standing, back to his residence.”

The kicker is the a$shole that shot Ludwig was the husband of the Wayne, IL village president. Must be nice to have the States attorney on your side because of you you’re banging

'Justice for Ludwig' group to hold vigil Sunday for pet dog shot dead in the... 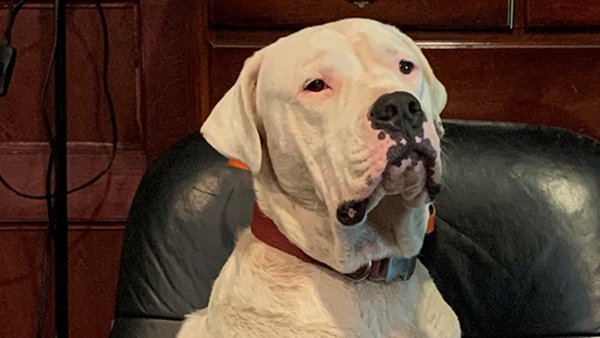 No Charges Filed in Shooting Death of Pet Dog in Suburban Wayne: State's...

Charges won’t be filed against a man who shot his neighbor’s dog in an incident that has been at the center of public outcry on social media from supporters calling for “Justice for Ludwig.”

Can you tell I’m a little fired up about this case? I know it’s a little bit different than 2 dobermans growling and such, but you’re going to have people in both corners - saying you did right and saying you did wrong.

I believe that your decision to shoot or not to shoot would be based on how much of a threat the dogs cause to your dog and yourself. Is there an ability to retreat also comes into play. I agree with @JoeC that you are going to have people in both sides. Also your dog is on a leash and the others are loose attacking your dog which can turn into an attack on you. A lot of things to consider.

This is a great question @Johnnyq60 and something I’ve wondered myself.

The risk is very much similar to a human attacker with a knife. The “21-foot rule” is such a fallacy when the game is upped by the power and speed of almost every other predator on the planet. Second, who’s property is more ‘valuable’ than another’s? Last, in the current scenario, you have two attackers? Tough calls all around. I, myself, would be calculating the odds I am highly at risk at the moment. How others feel, after the event, should have an exceedingly small value in that calculus.

I am not an attorney, I represent no legal finding nor opinion. This is only a personal hypothesis to a thought exercise.

Self-defense against a dog

Defending against a dog attack

Interesting question. On one hand, authorities might view a pet as “property”. However, if the human being in this equation can articulate that he or she was in “immediate threat of death or great/grave bodily harm”, deadly force would be justified. After all, if pets are deemed as “property” on one side of this equation, then the attacking dogs are considered “property” and not human life on the other side.

Location is also important too. In say Wyoming or Montana if your livestock (property) is being attacked and destroyed by coyotes or perhaps even the neighbor’s dog, you are justified in dispatching the attacking animal.

I am not an attorney, please consult an attorney who is familiar with local and State Laws where applicable.

Kind of confused how the guy in Chicago is the “ahole” when the dogs are threatening him on his own property. Kind of opens up a whole can of worms in that if there was indeed “justice for Ludwig” people could just start siccing their dogs on their neighbors.

I guess if I say “I don’t have to wait until I’m injured to react” a person might be able to assume that after the 2 dobermans got done with Fido the dog walker would be next so I eliminated the threat BEFORE I got injured.

If you love your dog, and don’t want other people deciding if it lives or dies - make sure you have a good leash and a good fence.
But “Justice for Ludwig”, as much as I can empathize with the owner missing his dog, is bs. Pets are property, with same rules of defending it (can’t shoot), or being responsible for damage (liable big time), as any other property.

There are two topics being discussed here. The original intended topic and question and the story about “Ludwig”. Two separated incidents that have somehow become convoluted.

I had a dog rush our dog once and attack it. 1 good, swift kick in the ribs sent him whining and running at full speed back to his house.

Same here. Instead of a kick, I grabbed the offending dogs’ collar and twisted until it stopped breathing for a few seconds. It ran off scared and unhurt. A pit bull, or other similar type dog may not have released as quickly or, at all. I was fortunate.

You can here in Mississippi. I know someone with almost this exact same scenario. His dog is a small terrier and his neighbor’s pit bull got loose, as he usually does and came at the dog in my friend’s yard as he was just leaving his house for his walk. The pit bull bit my friend in the leg trying to get to his dog and my friend shot and killed the pit. His neighbors got upset, called the police. The police told them that he had a right to protect himself and his pet from attack. That we do have a leash law here. The neighbor tried to sue but the judge threw it out.

If I am walking my dog, my dog is leashed under my control and an animal, including another dog, attacks,both me and my dog are being attacked and in danger of injury. Under Kentucky law, deadly force can be used against a dog attacking a person.
KRS 258.235 (1) Any person, without liability, may kill or seize any dog which is observed attacking any person.

His neighbors got upset, called the police.

Thank you for your response and cite from Kentucky. That prompted me to research Florida Statutes.

For Florida residents, this is what I found:

" 767.03 Good defense for killing dog.—In any action for damages or of a criminal prosecution against any person for killing or injuring a dog, satisfactory proof that said dog had been or was killing any animal included in the definitions of “domestic animal” and “livestock” as provided by s. 585.01 shall constitute a good defense to either of such actions."

That section (767) deals specifically with Torts.

The definition of “domestic animal” according to 585.01 is " (10) “Domestic animal” shall include any equine or bovine animal, goat, sheep, swine, domestic cat, dog, poultry, ostrich, emu, rhea, or other domesticated beast or bird."