3 Pitbulls killed a nine-year-old girl in Detriot while she was riding her bike. The dogs escaped from the yard they were in and were on top of the child before anyone knew she was in danger.

Her father tried to save her as did the paramedics when they arrived, but they were too late.

This violent attack happened in August of 2019 and is the latest in a series of deadly dog attacks in Michigan.

Craig Sytsma was jogging near his home when two Cane Corsos attacked and killed him. Craig was a divorced father of three who did nothing to provoke the attack.

One of the Cane Corsos who attacked him had seriously injured a female jogger a couple of years before. So the dog was a known threat.

This attack happened in Metamora Township in Michigan in 2014.

I could keep going with more deadly dog attacks in Michigan.

A dog attack can be a lethal threat.

This sheds some light on the tragic accident that killed a 55-year-old woman.

A 61-year-old man with a Michigan Concealed Pistol License wanted to protect his neighbor.

So Michael rushed to protect her. He drew his handgun and shot at the dog to save his friend. But tragically, he killed Patricia instead, and the dog ran off uninjured.

This accident highlights the importance of knowing your target and what’s beyond it. If your not 100% confident you have target isolation, don’t put your finger on the trigger.

Remember, a bullet does not care who it kills, and you are responsible for every shot you fire.

Have you thought about how you would handle a Pitbull attacking you or someone you love?

Yes I have thought about it. It never ends well for the dog.
Too bad the dog pays the price for a person that has no clue about how to handle and train a dog. Not the fault of the dog (or a similar analogy being not the fault of a gun).

This is a sad story which this young man has to live with and I tell you I definitely would’ve come to that woman’s defense. Its tragic and I pray he can overcome this. I will never second guess his judgement because I was not in his shoes.

I started carrying OC Spray and I also have a knife on me frequently because there are times where a pistol is not the safest weapon to use.

I totally understand why the man pulled his gun to defend the woman and I was not there so I don’t know why he killed her and missed the dog. The police and prosecutor both agreed he was trying to save her and not kill her.

I agree totally 95% of deadly dog attacks are the fault of the dogs owners which is why owners can be charged with a crime for the actions of there pets.

There are a few here yearly,

Matter of fact as a child, I watched helplessly as a friend ALMOST DIED!!

Had to get his trachea or how ever you spell that reconstructed.

I often think of dogs while on a family walk. Before I consistently carried, my wife and were staying in an Air B&B off a lake. We went out to eat, came back and a mean growling dog was between us and the door. I figured it was a neighbors dog, but I later found out he was a wild dog (maybe stray for a long time). I grabbed a plastic rod/ cover from our car (don’t know what it’s called). I shined my phone lite and slowly walked forward. The dog got sliding and ran off. That story could have gone another way and it’s one of the many situations I wish I had my gun. I will no longer assume a dog is someone’s or not. If they approach me with serious aggression I will pull the trigger.

The story about the man and woman is tragic. I think that I would have chose to kick the dog off the woman first and then maybe tried to get a shot off. I would feel very uncomfortable shooting a target on top of an innocent person. That being said, I’ve seen a story about a man who shot a criminal beating the life out of a police officer. A man may be an easier target than a violent dog though.

I have been the kid in the dog attack before and I feel so sorry for that little girl. Regardless of the breed if the attack is in progress the time for a gun has passed, you are going to have to wade into the attack and fight the dog off of the person being attacked. It won’t be an easy task and you will probably be hurt as well (especially if there are multiple dogs). 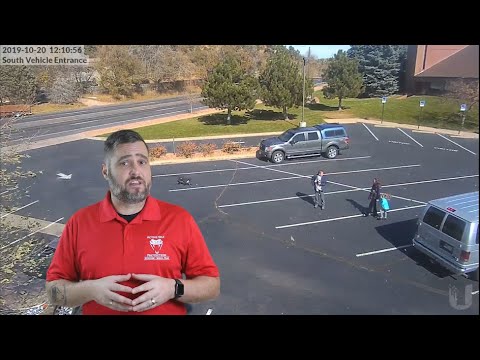 After watching videos like this I think once a dog has a victim on the ground a gun could be useless. I would not have taken a shot in this situation if I was the dad.

You would have to deploy a knife or ram your thumb into the dogs eyes.

If you have a firearm in that situation its difficult to just shoot because you have loved ones in the way. There was a moment in the video where he was able to wrestle the dog to the ground and that would have been his best opportunity with a firearm. The dog deserved to be euthanized and the owner a heavy fine. hope that little girl recovers fully from those injuries.

I’m not a dog person. My parents now have a dog and I love her, but it totally frustrates me when people treat their dogs better than their human kids.
A dog is attacking me, and I’m gonna get them to stop. Doesn’t matter if it’s my best friend’s dog or my own dog. If I can do it non-lethally, I will, but if I can’t decide in time, lethal is the way to go.

Which brings me to a point: Has anyone taser’d a dog?

I have shared this in another thread aobut a year ago so ill give the short version here.

I have been attacked by dogs twice, both times I was unarmed (in the service and not allowed).

The first time was a young untrained Doberman which at a full run lunged at my throat. I somehow caught its head in the air and flipped it snapping his neck. It died while the owner (my neighbor two trailers down) watched. I was lucky and was unharmed. Neither my neighbor nor I knew why he attacked me.

The second time I was in Germany, I was throwing a ball for a German Shepard as I was talking with the owner. When I said I had to go and started to turn the dog dropped the ball and went for my throat, I gave it my arm to block it (I have about a 2 inch scar on my arm from this) as I swung a the dog with my other hand. The owner grabbed the dog and apologized immediately while dragging the dog into his parents house.

I was fortunate both times and glad my training and instincts kicked in. Both could have ended much worse for me.

I would use OC Spray or a fixed blade knife before I tried a taser. But then I have watched several videos of OC Spray stopping dogs and human attacks.

Plus when I lived in Alaska I stopped a Grizzly Bear charging me using Bear Spray so I trust OC Spray.

I love dogs and have owned several.

A Deadly Dog attack is normally the owner’s fault and not the dog. Yes, you still have to put the dog to sleep. But the owner should be heavily punished because it’s really his fault 80% of the time.

With the close quarters shown in that video the OC spray would have hit more than the dog. The defenders and the little girl would have also suffered from the OC spray. A lot to think about there if you use a folding knife, around how fast you can deploy it.

Have you thought about how you would handle a Pitbull attacking you or someone you love?

I have a pitbull and I have no doubt she is strong, but unless she was being attacked, she wouldn’t kill anyone. She’d much rather lick you than bite you.

There is little doubt that decent owner = decent pet, and psycho owner = psycho pet, and this is true across breeds. Having said that, when you see a thuggish character, what dog breed is he likely to have? A pitbull, a rothweiler, a doberman. Why? Because when he/she gets a dog, they want a weapon. 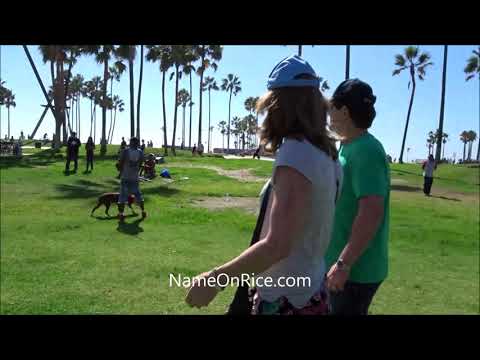 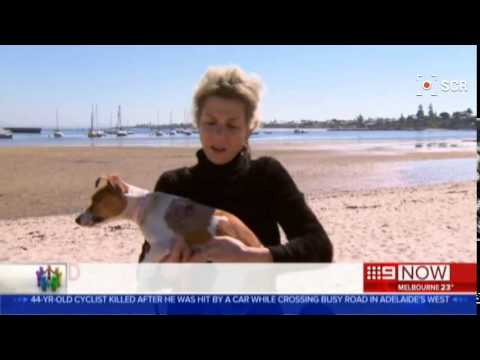 True, but if you OC a dog and a child at the same time, the dog should* run away, and the child will eventually recover. It’s awful, but better than being mauled.

the child will eventually recover

Can you guarantee there won’t be an asthma attack, potentially fatal? I don’t think anyone can.

Ugh, that video is awful. They tried every trick I’ve heard of to get the dog to release.

Having options is helpful.

Can you guarantee there won’t be an asthma attack, potentially fatal? I

Nope. That’s why some departments don’t use the term “non-lethal.”