I happen to be a big proponent of open carry. I live in an open carry friendly state, and that is my primary method of daily carry. I realize I am in the minority, even in the pro-2nd Amendment community, in this regard and do not want to rehash old arguments. What I am curious about is what effect the Bruen decision could have on the open versus concealed carry argument. At the time of the founding of our nation, concealed carry was often frowned upon. Could the new originalist judicial standard imparted by Bruen actually favor open carry and negatively impact concealed carry?

I’m not lawyer but I don’t see Bruen changing anything on open vs concealed.

I’m not a lawyer either, and I firmly believe in the broadest definition of ‘keep and bear’. I think you should be able to keep whatever weapon you deem necessary and bear it as you see fit. My concern is that, from the originalist standard, concealed carry was not generally an accepted practice. There is a current case in Hawaii about open carry which should, under Bruen, be settled favorably for the plaintiff, because open carry was, to my understanding, the socially-preferred method of carry at the time of the writing of the Constitution. Were there laws at the time that actually banned concealed carry, and could that be used to turn Bruen against us?

Great Question.
I suppose there are those amongst us that will, through grammatical gymnastics, Legal weasel words and just plain dishonesty imply that the 2nd Amendment, at it’s writing, concealed carry was not a “thing”, a Deringer here a Cane Pistol there but not IWB’s on ones hip or subcompacts on an ankle, so how in the world could it apply to the modern day methods of CC.

Grammatical gymnastics is the left’s specialty. My concern is, if there were a number of laws on the books banning concealed carry, then an anti-gunner today could challenge concealed carry laws today and base their challenge on Bruen and those old laws. Now, the flip side is, if my reasoning is even remotely correct, then open carry could very well become the law of the land in all 50 states. While, as I said, I am personally in favor of open carry, it only works in a generally gun-friendly state. For example, there are no signage laws in my home state, so the most a business owner can do is ask you to leave and charge you with misdemeanor trespass if you refuse. While I make it a point to avoid those businesses, if I absolutely have to patronize one, I just untuck my shirt or button my jacket and head on in. If concealed carry were to become illegal, that could be very problematic. In some states, you’d be able to carry openly, but never enter a business. I don’t think it will come to this. Just playing with what-ifs. And none of this takes into consideration another legal precedent, ‘in common use’. With concealed carry practiced by millions everyday, I think it would be hard to put that genie back in the bottle.

Regardless, I do think under Bruen, open and constitutional carry will eventually win the day. The one failure, to me, in the reasoning of the Bruen decision is that it is still okay for states to require permits at all. I do not see an originalist backing for this claim. All of the most recent favorable gun decisions in the Supreme court have included this cop-out. Justice Thomas, whom I admire, has often claimed that it was time to restore the 2nd amendment to it’s rightful position among the other amendments, but no other amendment requires a permit from the government.

The one failure, to me, in the reasoning of the Bruen decision is that it is still okay for states to require permits at all. I do not see an originalist backing for this claim.

I had just entered the room and read the Op’s post and then yours, and somehow, I felt outed, lol. I said, he must have smelled me lurking or something because a counter question sure did rise from the original post. I just had to chuckle.

Open vs Concealed. I won’t give it much air. I don’t even consider anything quasi-legal either, because IMO it’s simple math, but then I’m not trained in legalese. But what crops up is this: "How do you quantify “the right to keep and bear,” “shall not be infringed,” with “this is the way you can or cannot carry?” Perhaps I went too fast … ponder the words, “keep” “bear” “shall not be” “infringed.” Either the words have meaning and standing or …

I know many with say, “it’s complicated.” But where is it complicated? As to how you bear, well, opinions do vary.

Did concealable firearms even exist when the 2a was written?

Not unless it was a short stick with a point or a dagger of some sort or length, but then I’m not a history or subject matter expert either so what do I know…admittingly not much. So, I gladly defer to SMEs. I just believe “words” have meaning and strung together with other words expresses a complete thought.

And I’m fully in the ‘shall not be infringed’ camp. But it is infringed, every day. And, like I pointed out above, somehow permitting has survived even the Bruen decision. To me, that’s infringement. I can see the other side using this argument, however. If the new standard is that a gun law is only constitutional if it would have been accepted at the time the Bill of Rights was written, AND there were laws against CC at that time, then someone somewhere will try it. Doesn’t make it right, just possible.

I wouldn’t put anything past them, to be sure.

To me, that’s infringement.

Exactly! The word has a definition all by itself, no help needed.

: to encroach upon in a way that violates law or the rights of another

I can’t point to specific laws from that time, just a general understanding of history that concealed carry was frowned upon. I do know that my state’s constitution, which was ratified a long time ago(but well after the 2nd amendment), specifically says that the citizens reserve the right to open carry firearms, but have granted the authority to the state to regulate concealed carry. That was, I think, approximately 120 years ago.

I know, Wikipedia. But honestly had the most info.
The most common thread I saw for outlawing CC was "only criminals carry a concealed weapon.

History of concealed carry in the United States - Wikipedia

A Quick History of Concealed Carry in America (elitesurvival.com)

Study.com is a paid resource for students and educators, but it has a wealth of related legal information as well.

IDK. If I had to guess, I think too many don’t personally like the sight of openly carried “guns”, that they’d prefer it be concealed. IMHO.

With the right clothing, a lot can be concealed. 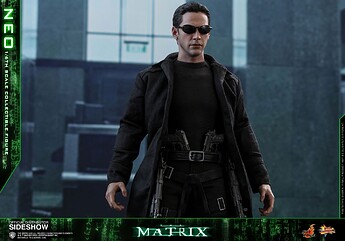 Bruen is “just” a Supreme Court decision. It takes a long time for such things to percolate down to local law enforcement and the prosecutors who might charge you. If you live in a gun-unfriendly jurisdiction, and some “only cops should have guns” government employee charges you with brandishing your open carry firearm, you get to spend your own money defending yourself and arguing how Bruen applies to the facts of your case. Maybe you win, maybe you don’t and get a chance to experience the appellate judicial process.

The police and the prosecutor, of course, can draw from an unlimited warchest of funds to use to prosecute you – taxpayer dollars. And, for the most part, thanks to the doctrine of sovereign immunity, they also enjoy immunity from being held liable for bogus charges, so you cannot collect damages or recoup attorneys’ fees from them.

In my opinion, open carry of firearms is akin to wearing a “kick me” sign on your back.

The Wheelock dates back to the mid 1700s.