Just received an email from CRPA 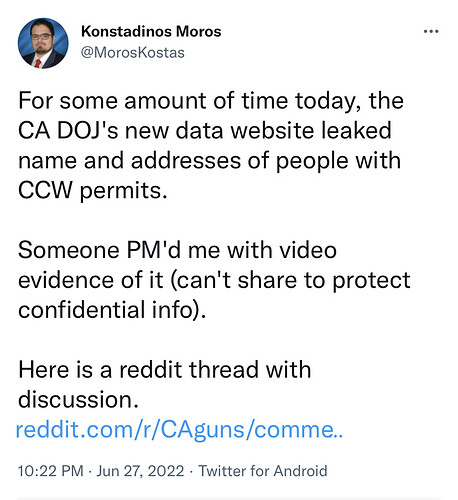 image828×903 128 KB
For some amount of time today, the CA DOJ’s new data website leaked name and addresses of people with CCW permits.

How do we hold Bonta accountable?

This stuff is going to be leaking all over. Clean’em, lube’em, lock’em and load’em! Stage’em! I should have seen this coming!
Time to start living in condition orange! 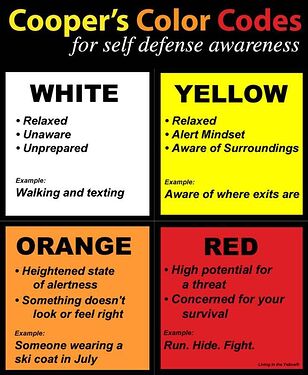 If they can get to judges…

So where can we sign on to join the class action lawsuit against the state for this? Seriously, this pisses me off a lot. They have put lives at risk with their gross negligence. I really don’t believe this was an accident either, it was either willful by the state, or some disgruntled gun hating employee.

I lean towards it’s a deliberate and malicious attempt to harm CCW permit holders.
I doubt they’ll inform those affected their personal data have been exposed.

" California law requires a business or state agency to notify any California resident whose unencrypted personal information, as defined, was acquired, or reasonably believed to have been acquired, by an unauthorized person. (California Civil Code s. 1798.29(a) [agency] and California Civ. Code s. 1798.82(a) [person or business].)

Any person or business that is required to issue a security breach notification to more than 500 California residents as a result of a single breach of the security system shall electronically submit a single sample copy of that security breach notification, excluding any personally identifiable information, to the Attorney General. (California Civil Code s. 1798.29(e) [agency] and California Civ. Code s. 1798.82(f) [person or business].)"

They/HE can’t even follow their own laws and directives. His name is at the top of the freaking page!

AS a CCW holder in California, and USCCA Member, will we be getting legal help and legal advise, to help protect us and our families , from the USCCA ,from the damage California has done , by leaking our information? Thank You

I’m waiting for word from Firearms Policy Coalition and a few others for next steps.

How do we hold Bonta accountable?

IDK other than boot him out of office.

IMO the only satisfaction the doxed might get is free credit monitoring. Not sufficient but likely all that they will get!

IDK other than boot him out of office.

might be a few other avenues as well. Data compliance laws and guidelines should come into play. We may not get Bonta booted, but some IT Security folks should be really worried about their jobs.
I’ll be looking into what compliance frame work governs the State. Minimally they violated best practices.

Well, this is a revolting development! 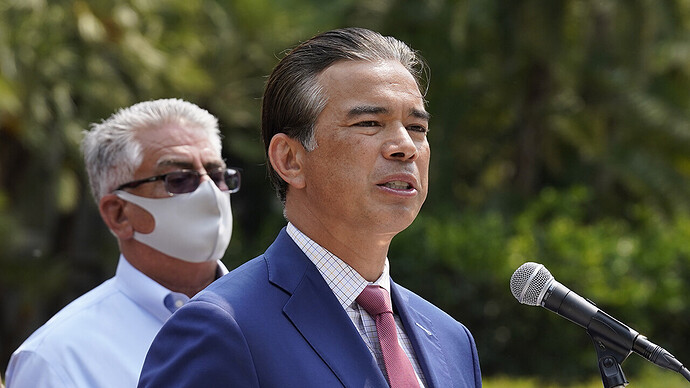 California Attorney General Rob Bonta released the private information of thousands of gun owners in the state, including their home addresses.

Read more on this situation. It was not a leak, it was an intentional release by the State of California government. They only turned the access off when it became apparent they had been caught violating privacy and safety requirements for protection of the sensitive information.
Historically, when such CCW information has been made public, one result has been targeted burglaries of residences now identified as having guns there.
A second result has been ability of stalking former partners to find their victims who got the CCW to protect themselves from the abusive partners and had been hiding for safety.

Stat leaking personal info abotu his family. These people are so disgusting. They’re barely the same species, certainly not behind the American experiment.

From one of the many other posts on this massive “mistaken” data breach. Notice, gang members information is never leaked!

MISTAKENLY, what a joke, just like the Supreme Court leak. Still haven’t revealed the perpetrators. They’re not even looking!

Mistakes,
twelve publishing houses turn down J.K. Rowling’s Harry Potter
Throwing away that hard drive with the bitcoin portfolio worth 4.5m
Pissing off Ghengis Khan
Picking Kamala for anything
The French ordering trains too wide for the platforms countrywide

this pisses me off a lot.

Don’t get too pissed off, you could get “red flagged”! We’re supposed to bend over and take it like men!

See, they don’t need no stinking confiscation laws, just your neighbors and a mole in a department that has access!

Button up those castles, your not a judge, hence no protection for you!
It’s going to be an awesome summer of love!

Is Vegas giving odds on November polling station violence? C’mon man, I’m sure we can come up with a disease that will keep us locked down while the liberals install their puppets!

We’ve got to be areful about “Red Flag” laws. I know of a veteran who “self-reported” when he was depressed in a state where they just came and got his guns. He was not a threat to anyone, and was not placed in an institution of any type, but wanted to get the guns out of his house temporarily. No luck getting them back when he went to court for that. Basically, he is just stuck. Now will he be “red flagged” forever anywhere he goes? This was not something that the VA did to him.

If one feels that ill “cognitively or psychologically”, give all your firearms and ammo to a trusted/capable/legally vetted friend and tell him/her why; but also seek the best help you can find.

Better to be alive, and live to fight to renew your rights, than not alive at all, or worse.

Prevent such mental health crises before they happen.

There’s no such thing when it involves Big Government

You can’t. He’s a ‘democrat’ (what communists are currently calling themselves) in a ‘democrat’ run state, overrun and dominated by illegals.

How thoughtful of my State AG to send me a notice of data breach. 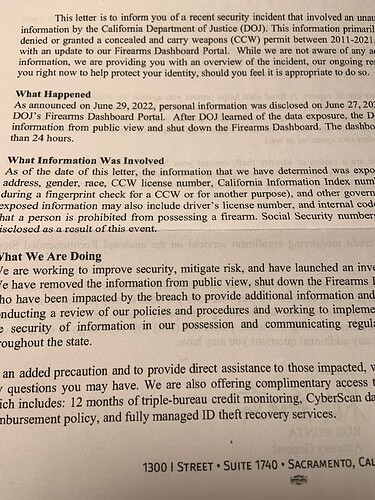