Martial Law. Is it Coming? How do we get ready?

President Trump is about ready to declare Martial Law, what can we do to ready ourselves?

I’m not worried about that. He can’t simply tweet “Martial Law” and make Sammo Hung appear. Maybe in DC, but not in the states.

President Trump is about ready to declare Martial Law, what can we do to ready ourselves?

That is a statement you have no right to make, unless you have been privy to conversations in the White House. You are making assumptions that have no factual basis.

Maybe in DC, but not in the states.

“ If a city or state refuses to take the actions necessary to defend the life and property of their residents, then I will deploy the United States military and quickly solve the problem for them."

There you go. Watch the video.

I thought Posse Comitatus would prevent it but the loophole is “The Insurrection Act” which may require the approval of congress or the request of the local governor.

This is scary though and sets a dangerous precedent.

@BRUCE26 - I watched the video. You obviously hear “martial law” in President Trump’s statements. I do not. Merely bringing in military police is not martial law. Martial law involves the entire takeover of a region’s political environment by the military…as I understand it. I am not a legal nor military expert.

I do not believe he will have a choice, the country is being ripped apart with some mayors and governors actively working against the U.S. How much longer can this go on with out Federal intervention?

“[…] deploy the United States military and quickly solve the problem for them […]” is still far away from Martial Law.

I have changed the title to better reflect my intent.

So, is this the new normal? Maybe we can start looting for our own cause, I could use a new tv, heck I could claim I’m just a protester and grab a new car. What are they going to do, arrest me? If LEO’s are willing to stand down in the face of violence what gives you any impression that if November goes wrong, they won’t come for your guns, they are just following orders!
Right now I wouldn’t worry about military attacks on rioters. This is not a protest, look up anarchy.
Do we just stand around and take this or do we protect what America is?
At this point I don’t give a damn if he calls ghost busters. What’s taking place is bulls#§¥. I’ve never seen such cowardice. We are 7 days into this crap of a national nightmare. I’ve never seen a police department abandon it’s precinct except in a movie.
I have NO confidence in the rule of law. There is no rule of law.
The next time someone screams about the second amendment, maybe we burn down everything. Surely seems to be helping their cause.
Curfew is a joke, blue states are a joke, politicians are a joke, Biden is the best joke. shoot’em in the leg. Ugh!
What ever happened to water cannons, tear gas and real bullets?
How can you possibly be worried about martial law, when animals are beating women and anyone that gets in their way. I’ve never seen such physical destruction and animalistic behavior since Rodney King. What happens when they come to your neighborhood and start burning down houses, once all the Gucci, Chanel and Rolex’ are gone, your next. Your car is torched then your home. I’ll tell you right now, if that happens, I’m calling out my own national guard, my wife, and I’m giving her the power of martial law with firm rules of engagement, and I’m issuing her an M249 and letting her loose.
I feel like Cuomo, I need more guns, I need more ammo, I’m not prepared for this, I need more guns. Hold on, let me get you a PowerPoint slide. Here’s the curve up in violence, here’s the plateau in violence, here’s the…
How do we get ready, if you’re not a rioter, sit tight. It will only be temporary.
Go ahead rip me a new one! Or should I call my congressman, write to my senator, maybe we wait until November and vote. Most things in life are defined by actions, we have taken no action the world is laughing and the terrorists have won, Pelosi, Schumer et al have won. We are going down in flames. I don’t know about you but I’m grabbing the fire EXTINGUISHER!

This is no joke, its truly a fight for our way of life and our country. If you do not believe that you are just sticking your head in the sand.
I feel I am prepared for what may come, my question still stands.How do we get ready?

This is no joke,

@BRUCE26 I’ve been saying this since I joined this community. It did come a little sooner than I thought, but at least I’m still able to fight, relatively speaking. Every single one of my posts including those that were taken down led me to this day. Everything I have said has come true. Lock and load aim for the…, practice time is over!

If by ‘get ready’ you mean organize in such a way that our skills and assets are deployed in support of the constitution and it is obvious that we are aligned with and are in support of law and order then please share.

I was impressed and heartened this morning to see favorable news reports on citizens being good citizens.

Dozens of people stood guard Sunday night outside of the Target store in South Philadelphia to protect the location from looters.

A protest against police brutality was held Monday outside of the Somerset Collection in Troy.

From what was explained last night President Trump can override the outlines of The Insurrection Act by executive order due to the extreme lawlessness that is occurring so fast and widespread.

After the shooting last night of 4 Officers in St. Louis, one shot in Vegas, one shot in Virginia, the gang beating of an Officer in New York City and the running down of another NYC Officer with a car…EXPECT THE PRESIDENT TO ENACT THE INSURRECTION ACT TODAY BEFORE NOON!
You will begin to see Military activities within all major cities in America by dusk today…,

The US is in turmoil right now. People are inciting violence against anyone who isn’t like them.

Isn’t that what we’re against? We all want to prevent violence, not fan it’s flames, right?

I was impressed and heartened this morning to see favorable news reports on citizens being good citizens.

Please remember the purpose of the USCCA Community is to help everyone learn how to best protect themselves and their loved ones. It has never been the position of the USCCA to instigate confrontation, and that posts encouraging that are not within the boundaries of our guidelines.

In the spirit of home and self protection during what we are seeing in real time, is it safe to place signs in the front yard depicting the fact that you loot we shoot a good idea?
I’ve been reading some survival guides and some have recommended some ways to deter mindless looters? 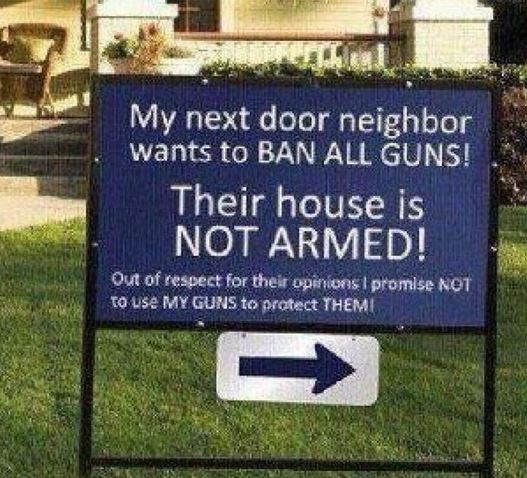 In addition to any security signs I already have?
Very serious question, I feel that I need to stage my weapons and apply silhouettes in my windows.

I’m not a lawyer, but the imposition of martial law is more literally defined by the imposition of a military government than by the mere presence of military units. POTUS can send military where they’re needed, but they don’t automatically replace civilian authorities. As long as laws are written by legislators, enforced by executives, and interpreted by judges, we’re not in a state of martial law. Even if your governor is using your state’s National Guard, that’s not martial law. If the courts are suspended and your mayor is replaced by a colonel, that’s martial law.

To the question of “how do we get ready?” I would say that martial law is bad, but it’s a reaction to a situation that’s already bad. As a father, martial law would mean keeping my family safe and saving the civics lessons until after civilian authority is restored. This is basically the advice my grandfather gave me about police: be polite and follow instructions, you can file a complaint later. I would not choose martial law, even with the recent lawlessness, but given the choice between temporary military rule or temporary mob rule, I’d choose the former.