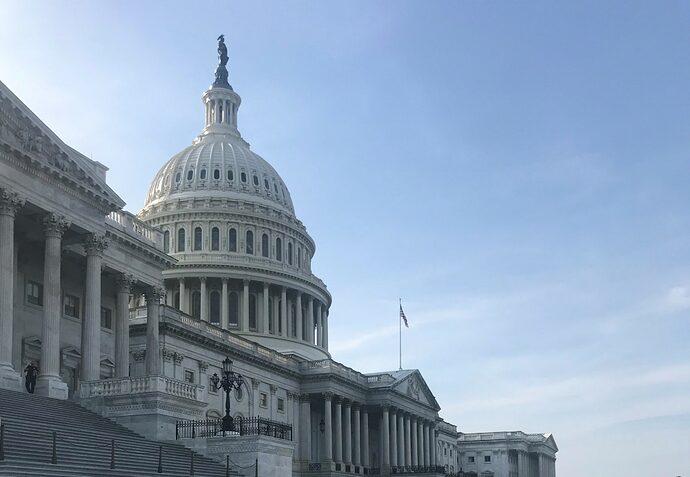 Gun Control in FY 2023 Omnibus Appropriations Gun Owners of America strongly objects to the Senate amendment in the nature of a substitute to H.R. 2617 (hereafter “Omnibus”) because it is infested with Second Amendment infringements. GOA will score...

Just as I predicted, Democrats and Rino Republicans have hidden tremendous amount of Gun Control funding in the 4155 pages for the Omnibus spending Bill. I mentioned in some other threads that they were going to push Gun Control spending after the 12/06/22 Georgia Senate Race was settled. That they were going to include a bunch of Gun Control funding in the lame duck Omnibus Spending Bill. Contact your representatives in Congress and the Senate.

Well it’s all in there.

How is this not treason, when illegals are invading from the south, China buying lands and Ukraine blackmailing the guy in the White House?
Ok, so now we know it’s the plan, what’s ours?
Maybe we can create a great meme! 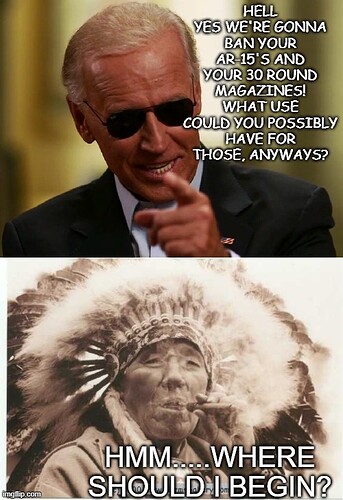 Has anyone else noticed that they are targeting Veterans really hard. I think it’s deliberate. They are trying to disarm Veterans, in my opinion and my opinion alone.

Biden at his Inaugural speech targeted Veterans and Retired Law Enforcement. From day one.

It’s brilliant, demoralizing the strongest fighting force on the planet, Sun Tzu chapter 2!
I’m just surprised they are not trying to kill us while we are asleep! They’re just spitting in our faces and laughing it up with their new found tyrant spewing apologies and stealing our taxes, in a sweat shirt!
Almost fell like we’re in the game of Risk!

I won’t cheer for Ukraine until our border is secured and all the illegals have been ejected! There are no more Americans left in congress! IMHO

Has anyone else noticed that they are targeting Veterans really hard. I think it’s deliberate. They are trying to disarm Veterans, in my opinion and my opinion alone.

yes I have noticed
lately I have been doing all my appointments with my psychologist by video and every time I’m asked if I have any guns? my response back is ‘that is none of your business’

There ought to be a PSA for the regs of transporting a firearm on aircraft. The new firearm owners are needlessly ignorant of the laws. (Is ignorance part of the anti-gun plan?)