Is This The Right Way To Handle the Homeless? 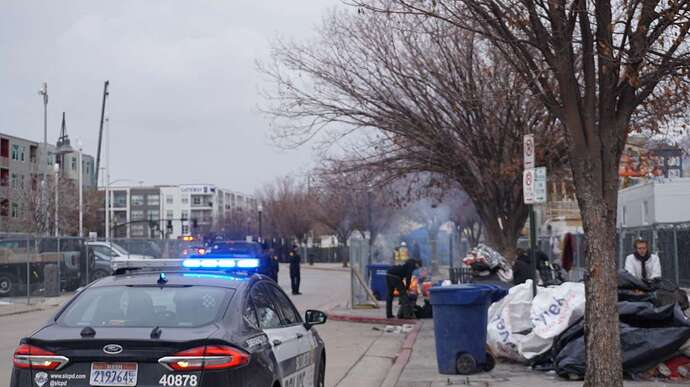 Homeless advocates say Salt Lake City is 'not acting in good faith' ahead of...

Unsheltered people camping near the Rio Grande Depot were notified Tuesday morning over a speaker that they had an hour to remove their belongings and leave.

I’m mixed on this one. The area they are talking about, Rio Grande, is like a 3rd world slum. The camps, trash, sewage, crime, it’s a nasty nasty area. It really needs to be “Cleaned up” from time to time. BUT, do we actually want to throw their tents and sleeping bags in the trash when it’s 20f out there? I’m not saying I 100% disagree with this method, I just think you give them the ability to survive before you kick their a$$es down the road.

I don’t know what the solution to the homeless problem is but making desperate people even more desperate doesn’t seem like the best idea. Especially taking tents and sleeping bags in the middle of winter.

Someone dropped the ball and that 3rd world slum’s the result.
Now, they’re making the homeless pay at the worst time for incompetent leadership.

What really irks me is our people, our vets are living on the street with all kinds of nut jobs while illegals are living in hotels throwing food away that we give them. This just sucks…

What problem,? Your mayor, with her bachelor’s degree in gender studies, says everything is peachy keen. 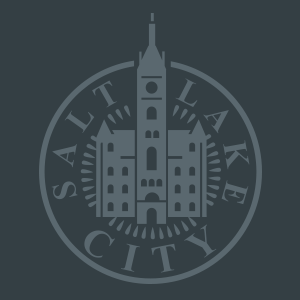 Answering your question, no , simply destroying and removing property does not make the problem go away. It makes it worse. Dirt swept under the rug is still dirt.
Got to say, at least when I was homeless, I lived in better climates. San Francisco is pretty ideal, weatherwise.

I don’t know what the fix is. Not pushing back on the third world slum reference. Just wondering how many have actually been there to really compare. Every time I’m in an inner city I’m reminded of the slums of Nairobi, but there really is no comparison. On the other hand at least the people that live in this slum are warm.

There certainly needs to be an element of pity and compassion. 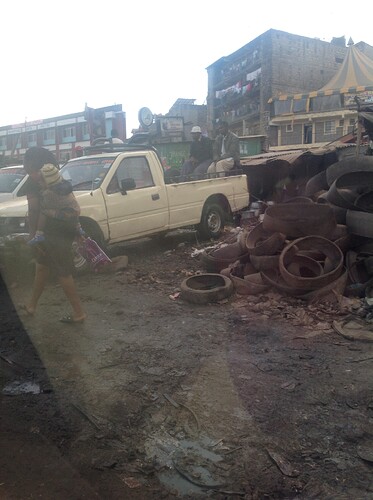 Goes to show the CCW community does include compassion, stewards of trying to do the right thing, and find solutions.

This is a tough conversation for me. I had never experienced homelessness until I moved to Vegas in 2008 and there were, and still are, homeless people everywhere. When I first moved here I watched an NBC investigation into the homeless community here in Vegas and it really jaded me. Basically there are a lot of people that scam has being homeless, not to mention actual homeless that make $30+ an hour. That’s a good income and it definitely made me not want to help.

Over time I changed my mind a little and I’ve given homeless people money or bought a meal but it depends on what my gut tells me. I never feel good about it because I know what little I do is insignificant in the grand scheme of things but I don’t know the answer. I would just suggest to be safe first and foremost and show compassion where you can. I always find myself looking at these folks and wondering what the hell happened to push them into being homeless. Some have mental disorders (visibly obvious), some have drug issues (again obvious), but some seem fairly “normal” and I’m definitely left wondering what happened.

I don’t know what the solution is to the homeless problem, but moving them around isn’t it. The explosion of homeless have utterly destroyed downtowns in San Francisco, Oakland, Portland and Seattle, with many other cities well on the way.

When I worked in DC, I was panhandled by bums every single day twice a day, once on the way to work when exiting the Foggy Bottom metro and once on the way from work at the end of my workday. Ditto when I worked in St. Louis. walking to and from where my car was parked in downtown near the Cardinals’ stadium. In Colorado, where I now live, homeless people with cardboard signs are de rigueur at many highway off/on ramps and major intersections.

Just maybe it’s time to usurp the throne by any means necessary! Remove the devil and put an American in office! Over the decades we’ve had some dumb ones, but never a traitor to the country!
What’s even more unfortunate, Brandon will never remember what he did!

Reno used to buy the homeless a one way bus ticket out of town to solve their homeless problems, by making it someone else’s problem😡

“Greyhound therapy” is what a senior officer referred to it as at a community meeting I went to.

I think they could have done a better job in this instance. Destroying basic survival gear and displacing some of the most vulnerable people in a community…… I’d feel ashamed. Not saying they are saints. Just vulnerable and now even more so. Bad situation.

Dirt swept under the rug is still dirt.

Unfortunately, that seems to be the urban way. It’s not just a homeless issue, it’s the way all problems are mitigated in the cities. As long as we can’t see the problem, we can ignore it.

Appreciate the experience. Hearing from people from other states is a big strength of this online community. Where I’m at, I see some homeless having tents underneath expressway viaducts. In the past, I had volunteered at human services agencies, more recently, donated.

One easy way to help is if you have any at all used clothing and shoes you no longer use, instead of throwing it away, call your local hospital and ask if you can talk to someone whereby you can drop off your bag of clothes/shoes.

You’d be surprised that many homeless end up in a hospital for a brief period, but when they leave, their current clothes are soiled or damaged, but your donated clothes/shoes can help them have a clean, dry, and warm change of clothing/shoes.

Just wash and dry them before you bag em.

When I see someone begging I am starting to think about the philosopher Lao Tzu said give a man a fish he eats for a day; teach a man to fish he eats for a life time. Am I neglecting my responsibility to teach someone to work for a living if I give them a hand out. Most of the time I tell them no before they have a chance to ask but sometime I just give In and give them something. I wonder if a person can give all they have to give and they can give no more that they beg.

In my little rural Colorado county, I sat on the boards of both a local hospital (1st one built in my little county in more than a century) and a local social services agency that provides services to the indigent. I have come to believe that community economic development is a big help to homelessness. If jobs are available, that will help a significant portion of the homeless population although there are those who simply don’t want to work.

although there are those who simply don’t want to work.

I don’t have a good answer either. I will tell you this back in Missouri when I owned a business there was a man holding a sign by the overpass that said will work for food. I had my two young kids in the car and they were saying dad stop and help him. Give him some money. I asked my kids if that would make them feel better just giving him money and they said yes. Now the lesson began. I stopped and offered the man a job landscaping at my house for $10 an hour and told him I had at least a week’s work that needed done. I told him I would be back that morning after I dropped my kids off and take him with me. When I got there about an hour later he was nowhere to be found. Could something have happened? Of course but I believe he just wanted to hand out. I told my kids when I went back to get him he was not there and they should just think about it.

That’s interesting and I’ve heard similar stories and seen it first hand too. One afternoon my wife and I had lunch together and there was something we didn’t even eat for whatever reason but we took it with us. We were getting off the expressway and there was a homeless person with a sign that said hungry. The food was still warm and we had half of a sandwhich too, so we offered it to him. He said he wanted money. Not that hungry obviously. 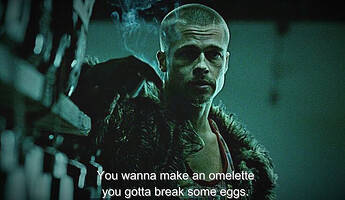 One hour notice might be cruel but years of ignoring the problem was worse!

I’ve had similar experiences. If they don’t want food, they’re probably not as bad off as they want you to believe. Or they just want drug money. On the other hand, I’ve had people come up to me as I leave restaurants and ask if they can have my leftovers. I’ve never turned someone down who asked for food.

I rarely give money, but once, I had a guy come running up begging for money. His pitch was that the bar was closing in 12 minutes, and he needed $2 to buy another beer. I hesitated, but then he said “Com on man, at least I’m being honest.” That made me laugh, so I gave him a $5.