If you use a cable to secure your car gun safe, which one is best? Does it matter?

I’m thinking the “cable” is the weakest link in preventing theft. (bolt cutters)

I think a vehicle with no gun/gun indicating stickers, with nothing else valuable visible, closed and locked and parked in as good a place/manner as the situation allows, with a gun in a locked ‘safe’ secured via cable to the seat frame/similar, that requires breaking into the car (should set off alarm, probably) and then using (means they brought them) bolt cutters on the cable…I think that situation is going to stop the vast majority of potential firearm thefts from happening.

Vehicles aren’t exactly secure in general, if somebody is willing to make noise and brings the appropriate tools, pretty much they can get what’s in the car.

I think if you do all of the above, you have done everything you can reasonably be expected to do.

Have you ever tried gnawing through a cable with bolt cutters? I bet it would be faster to steal the vehicle.

There’s probably not much difference between any cable to be cut when using the right tool. Only takes a couple of seconds.

“Locks are made to keep honest people honest.”

The same tool that will cut something as large as elevator cable in seconds will cut around the little lock on most of the portable safes in seconds as well. And it probably wouldn’t be loud enough for someone to hear it outside the vehicle from the opposite side with the doors shut and windows up. Those boxes will just slow down someone determined and prepared.

Something like this with a recessed door would take a whole lot more cutting to get into, but it would need to be bolted down to your vehicle. 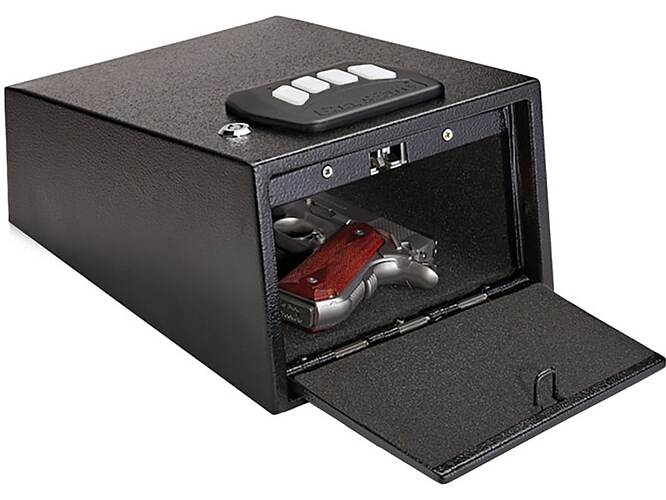 I’ve had one for about 15 years and use the cable that came with the “safe” (which it isn’t). I have rarely used it since no-gun signs have the same force of law as no-shirt-no-shoes-no-service signs at McDonald’s.

However, a friend showed me the end of the cable that was left of his lockbox after someone simply yanked it out from under the seat of his car. It wasn’t cut. They got his Glock and the box. At least it was just a Glock.

It won’t prevent theft by someone with cutters.
I keep mine out of sight in the trunk

Don’t think the strength of the cable matters all that much as long as the band is attached tight enough to prevent it being yanked apart as in the case of @SkippySanchez ’s friend. The cable can only really prevent smash and grabs by unprepared criminals.

I had a defective bike lock with a very thick cable that recently failed to open while I was camping. I usually keep bolt cutters in the car for a variety of useful legal reasons but my wife had pulled them out to cut some fencing and never put them back. It took a very frustrating 30 plus minutes to tear the combo lock mechanism apart with a screwdriver and pliers so I could get in, rip out the defective bent piece and pull the lock apart. When I got home I showed my wife how much time I could have saved if she had put the cutters back where they belonged. The cutters actually got a little hung up on the plastic coating so it took two attempts each lasting a couple of seconds.

Not sure an average grab-and-go petty crook expects to find a gun in a nondescript “gray man” car.

This is true (cutting cable is quiet), the noise needs to come from the car alarm going off when it is locked/armed and they find a way to get inside without the key/fob

Good job. You guessed correctly.
I was avoiding posting that for the criminals who hadn’t thought about it already.
Oh well. They probably can’t read anyway.

Not all criminals are geniuses, but I’m pretty sure they know to expect a car alarm going off when they break in.

That’s why they go all around neighborhood’s like mine and only open the unlocked cars by just pulling the handle and seeing what happens. They know better than to break windows and make noise and then have to bail while 15 other unlocked cars remain on the same street.

I guess the main thing is to keep the weapon on person as often as possible.

Looks like a decent safe for the money. I’ve looked at all the safes on Amazon, and they are all lacking in one way or another. Looks like I’ll get something like yours.

Good job. You guessed correctly.
I was avoiding posting that for the criminals who hadn’t thought about it already.
Oh well. They probably can’t read anyway.

They are probably not reading this forum, but I deleted it - so they will have to guess what I posted

Thank you sir. I’m sure you are right that it’s not likely for them to look for tips here.

It’s a great tool though! I’ve got one on the service truck and there’s not a week that goes by without it being used.

Ron, what kind of vehicle do you have? Many SUV’s and cars, with center consoles, have some sort of “safe” available for them. I have a truck with a BIG console, so I use a TUFFY lockbox, installed in the console… like this one 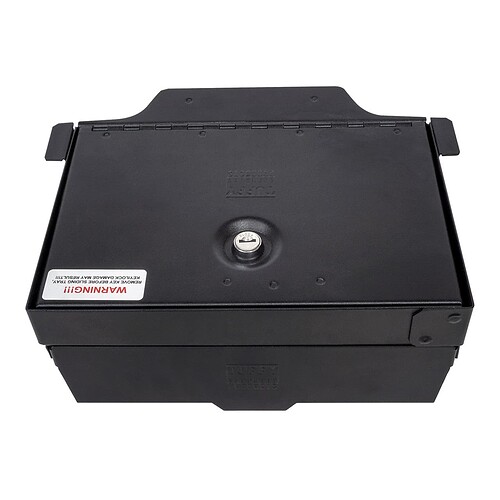 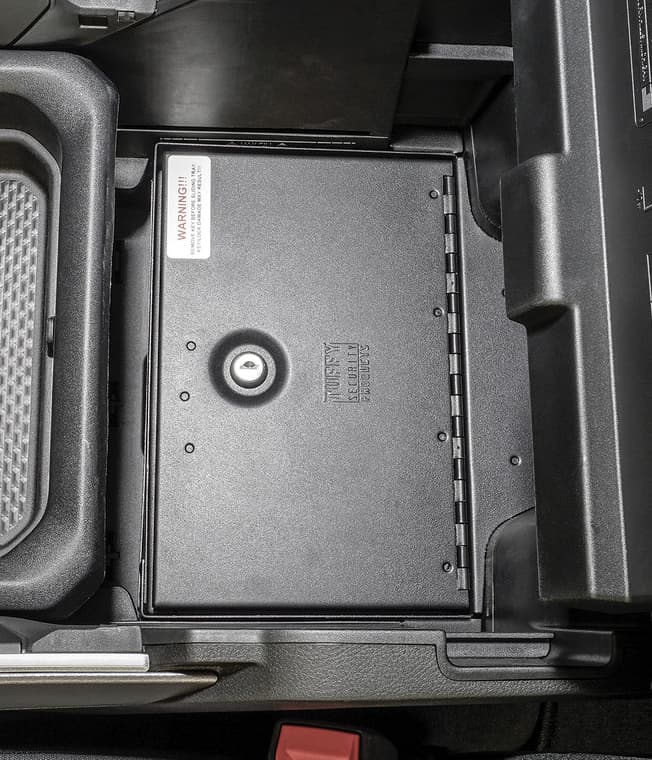 They also make installable underseat boxes that bolt down as well as FULL center console replacements.

They’d need to know my gun is in there, really want it and have a crowbar to get it out.

Just an idea, there are plenty of other companies that make them too

Yeah, great idea, but I won’t be installing one on my 10 year old car any time soon.

It helps keep the honest people honest ! Such as at a car wash or at a little leage game !! Use the cable I do. I put the safe in the pouch on the back of my seat cabled to the lower frame of the seat and to keep it out of site I have a back of seat cover with pouchs and keep head sets in them, I keep it tight and you really dont see or feel the safe in the other pocket . Hopefully they will take the headsets and run ! But If some one knows the fire arm is there and know’s what there doing and really want to take the chance , theyll get it ! Keep the serial number handy and call the police ! I have pictures of all my wepons and serial numbers recorded ! Good luck and dont frett. By the way I still have another firearm on my body ! !!!