New York City / state has been targeted the licensed conceal carriers to the point they have created no gun zone even if your a legal conceal carriers. If your found in those zone the police will arrest you and they will prosecute you to the fullest.

Best policy in New York State don’t get envolved in anything unless it’s directed at you or your love ones.

I was told by New Jersey Palisades Police officers that retired law enforcement officers and retired military to them no longer count cause we are retired . They have their own HR218 and they don’t honor ours.

So basically they are say if they are shot laying in the streets dying , we cannot assist them cause we are retired.

This is how they have divided us.
We are now targeted.

Gun free zones are corrals for the sheep to gather leaving the DOOR WIDE OPEN FOR THE WOLVES!

Brandon really did it with that speech, we’ve become enemies of the state and represent a clear and present danger! We either keep our heads down and become the sheep… they keep gaining, day by day, hour by hour.

As soon as Trump is in cuffs it’s game over! 87,000 armed IRS agents, check your history of Heinrich Himmler Munich 1925 the beginning of the most notorious agency in the world, Hitlers SS security squad!

We’ve seen this movies, except in the movies the good guy wins. The odds and the powerful are stacked against us. Tyranny! By any other name…

My fear is we haven’t learned squat! My philosophy, if it ain’t in my lane, keep driving!

NYC got exactly what it deserved, maybe the SCOTUS needs it’s own enforcement arm.

No way, they would 100% pack the court if it could enforce its own rulings.

The good people of NY voted for this. Not what I would want, but then again I don’t and won’t live there. Maybe they should vote smarter… At this point, I am morbidly amused watching the problems of their own creation… 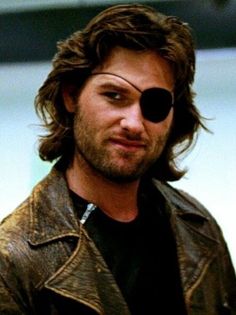 I’d rather wizz on an electric fence.

There is very little reason to visit NYC, from what I can tell. It stinks, the traffic is unmanageable, and there is really very little to “see” because the towers block your view from anything. It’s nearly impossible to get into a restaurant worth eating in, and it can be tricky to even find a small shop that’s open to buy food. The shopping is lousy. There’s no giant monkey on the Empire State building. Homeless people are everywhere and will follow you. The subways are… tenuous. The air is polluted. The water is polluted. There are rats everywhere. The Avengers aren’t real. The shows worth seeing require a mortgage to buy tickets. And the people most likely to be arrested seem to be the visitors who didn’t know they were breaking any laws.

I disagree I think the criminals will follow the signs and be afraid to go on the property. Wishful thinking.

The good people of NY voted for this

The good people in NYS did not vote for that, the others did (and the dead).

The good people in NYS did not vote for that,

The people of NY and IL suffer the same situation. NYC and Chicago virtually control politics in the States. 50% or greater of the population are clustered there. Then there is 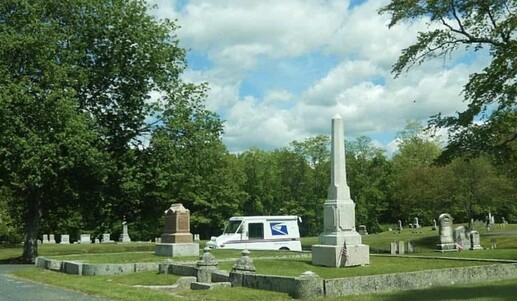 I have argued for a long time that Chicago needs to be its own state. I understand that there are many benefits to having a large manufacturing, port and trade center in your state, but Chicago’s interests are no longer tied to the rest of the state, and they dominate the legislature with no understanding of how the rest of the state operates. In other words, the relationship between Chicago and Illinois is no longer mutually beneficial. Break off the northeast corner of Illinois and make it the state of Chicago, which can run itself as it sees fit, and the rest of Illinois can do the same.

I’m confident this is also true with New York and New York, but I have never lived there and seen it first hand.

The problem with this plan is that the state of Chicago would then send two radically left Senators to DC.

I am no fan of the Republican kleptocrats in DC who pretend to be pro 2A so they can get right leaning votes but a Democrat majority in the Senate right now would lead to the quick end of most of our 2A rights.

Though that plan might work fairly if it is balanced off by freeing rural CA from their urban overlords at the same time.

Ideally, states shouldn’t be forced together to give one party or another an advantage in the Senate. But I know how reality works, so you’re right to consider it. In this case, however, Illinois has 2 Democratic Party senators. Chicago can keep them. Illinois could decide who they want to represent them.

I suspect something similar would happen in California. That’s another very interesting situation. The entire West Coast of the continental U.S. is represented by just 6 Senators. That doesn’t seem right. California state leaders are not willing to let anyone escape their rule, but by hoarding their state power, they’re robbing the state of more representation in the Federal government.

Thanks for pointing that out. I was forgetting the likelihood that the rest of IL would vote Republican. Though you would need to make sure the State of Chicago included enough of the surrounding anti 2A communities to ensure most of the Chicago influence doesn’t still impact the more rural communities.

Sorry @Jerzy if this still keeps you inside the anti 2A walls;)

I’m ok with everything what Chicago City does.
If we eventually have State of Chicago, my house will be still within Illinois borders

I was thinking I39 and I80 as the borders. Would that work?
That way, the wall is half built, already.