Do burglars avoid homes with dogs?

My dogs are rather loud when someone comes to the door - or there’s a squirrel outside.

They are definitely not afraid to let me know somethings outside. But will that help dissuade a burglar from trying to break into my home?

Here’s part two of the Defending Your Home FAQ to answer that question and more:

Protecting your home is important. But how do you do it? Here are some more of your home-defense frequently asked questions, answered.

Would this German Shepherd deter you from breaking in? 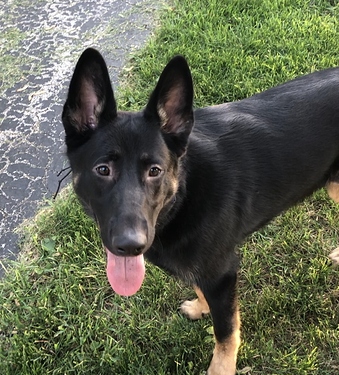 How about this Pit Bull? 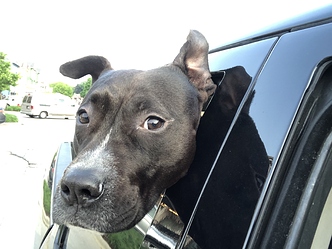 In most cases burglars will avoid residences with any size canine, mostly if they are constant barkers as it draws attention to the residence or they fear dogs.
However, in my LE experiences burglars have forcibly entered residences and “neutralized” the canine and went about their criminal behavior. So canines are not a guarantee of any additional safety.
You would think that a burglar “neutralizing” a canine (or any house pet) during the commission of a burglary would have enhanced penalties but that’s not the case in all states.

There certainly are no guarantees but they are a good deterrent to most of them.

For the most part these bad guys are not looking for any sort of score that presents a risk to them physically or a risk of being caught.

One of the most effective deterrents you can have is a recording of a big, loud, aggressive dog tied into your alarm system.

It won’t stop a determined attacker such as a crazed Ex, but if it’s just the dope head down the street trying to find some stuff to pawn or sell for a few bucks it will usually work pretty well.

A dog may deter someone but by no means is it guaranteed! My dog is a great watch dog! She will bark at them and then watch them come in and do whatever they want.

@MikeBKY I’ve known and have had a couple dogs like that over the years. My current 140 lbs couch wrecker is very protective. Although I would love to say he wouldn’t let someone in the house that did not belong I cannot guarantee it 100%. He does have a voice that will make someone think twice.

She will bark at them and then watch them come in and do whatever they want.

My pitbull too - and she’ll lick their hand when they take things.

My dog barks at everything and anything. He barks at thunder, fireworks, people walking or riding bikes down the street, other dogs walking by the house, or to the door, low flying helicopters, and blimps. He will also bark at anyone that comes in the house as well. And he also tries to heard the ones that come in the house. And it is because of his breed. He is a border collie which is a herding breed. He has even come up to us and tried to herd us when we come home. And he has scared people when they’ve come to the door. and he’s even tried to bite some of the people that have come to the house as well. He is a rescue dog and is a great guard dog because he barks at everything and even nothing at all. 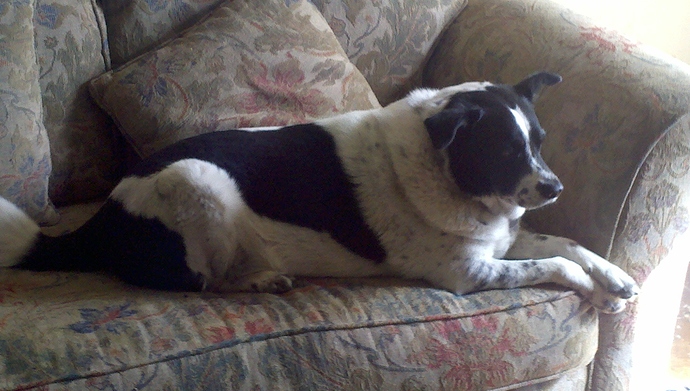 I believe in PA it is a crime to shoot a domesticated dog.

Maybe if I just put out a sign that say beware of the bears. I know that worked for the FedEx driver who nearly hit one of the bears and then was a little afraid to get out of the truck

@Reloader54 what a cutie. Here is my said couch wrecker. He looks innocent enough there but definitely doesn’t shut up if someone of something is around or thinks that there is. You can’t tell in this picture but the arm rest is at about a 60 degree angle instead of 90 from the floor. He loves to stand on it with his front paws. I’m waiting for the day that it finally snaps off with him on it. 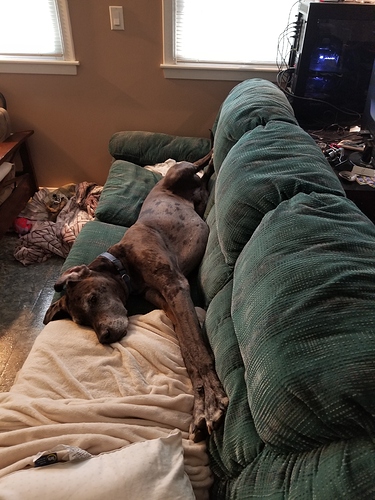 My dog has that certain bark if someone is around the house. 100% accurate so far. She’s my early warning system. If it’s family or friends she’s been around, she knows and sniffs the bottom of the door. She even knows the sound of their vehicles on the street. Amazing.

Our dogs can distinguish motorcycles of our friends as well. They know when my sons are coming over based on their vehicle noises for miles away.

@Roger What states do have enhanced penalties for “neutralizing” a dog during a break in?

Would be felony animal cruelty in CA. The political power structure here may detest gun owners but they do love dogs.

I have one of those dogs

I am not sure about all States, but in NH and FL there is no enhanced penalty as “pets” are seen as property and nothing more.
Of course all States do have cruelty to animal laws but those are usually misdemeanors and not felonies.

It’s been my experience so far, but I don’t just have one dog. 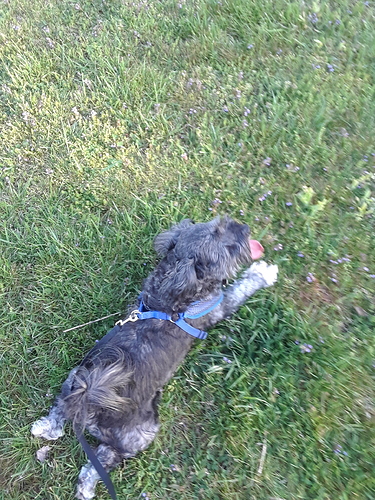 If something is outside, he let’s me know

Yep, got a small Jack Russell. He barks everytime anything crossed our property line. If it stays, he goes charging out the dog door and the rest of the thundering herd soon follows. That’s when I pull up video to see who is outside. I had to meet the meter reader for Al. Power for years due to my dogs not letting him in back yard.

I really don’t like small yappy dogs but this one thinks he is 3x his big and 2x his heavy.

. It’s actually really funny to watch at the dog park. He will go in acting like a big dog until he runs into an actual big dog. Who will bristle up and my other dogs may be all over the park, but they just sort of appear from nowhere and start bumping the other dog away. It’s funny to watch how they protect him when we are out, but at home they ignore him.

One thing, just as an aside, when you have a number of dogs you need to set a pack order, and follow it or they will try to do it themselves.