Do burglars avoid homes with dogs?

We have a number of dogs who are all hyper-vigilant and react loudly to any one/anything co.ing into the property. They are my early warning system. I have seen a few delivery people scamper back to their trucks when they hear the pack light off.

And by neutralize you mean they’ll kill the dog?

Sadly, That is what I mean 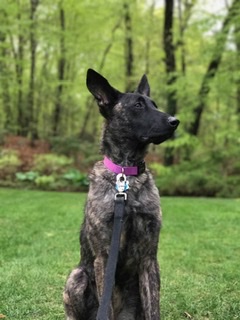 @Roger what bothers me is that AL doesn’t give you much room when dealing with thieves and other such people when it comes to property defense. And living on a farm, our live stock is huge source of food for us. If they were to be killed or stolen or something it’d be a huge blow financially to me and my family.

@luke_ouellette Missouri does give some lattitude on property defense (cattle and other critters being property, as well as hay and tractors and other expensive stuff). It’s an affirmative defense, meaning you essentially cop to the shooting, and if they find you weren’t reasonable in your choices you are basically hosed. That being said, force is allowed in property defense, up to and including lethal force. Its a thing you’d have to think very hard about though. Self-defense, not Stuff-defense.

Well here in IL you cannot really defend property. Here again the legislature deemed many moons ago that criminals have rights. Only can defend property if there is an imminent threat of death to the victim otherwise it’s a big no you can’t defend property or like @luke_ouellette saying farm animals your in IL the victim becomes the criminal. Not right in my logic my opinion but that’s the way it is.

Is that a brindle German Shepherd, @PappyDewBoston? Gorgeous!!!

(I have a black German Shepherd because we couldn’t find a brindle in our area.)

Hey Dawn she’s a Dutch shepherd a rescue from a shelter in Tennessee. I love shepherds.

@Roger and @luke_ouellette I read this later on security sites but at the time I didn’t know this but in 1995 we lived on an old farm in DA UP with no close neighbors and we had an attempted breakin when we were not home. We had 3 young dogs (6 mo. to 1 year old) that were in a large cage near the door and I am sure were barking like crazy when someone tried to bust the door in.
No one was ever caught and about a week later all three dogs came down sick. the Vet said he thought they were poisoned. I had to feed the dogs with a large syringe for 2 weeks on a liquid diet and all survived. So watch out if your dogs all become sick at once for no reason because someone may be targeting you.

In the early 2000’s there was a show called “It Takes a Thief.” IIRC, they used a former burglar to show homeowners the weaknesses in their setup, and would offer a free security upgrade for allowing them to use the house for the show. I didn’t vet the show’s credentials, but a couple of the houses had dogs. Here’s one with a Bulldog:

While searching for the show on YT, I came across this news video, too:

I love dogs, but making assumptions on what exactly they would do during a home burglary is questionable. I might be more afraid that my dog would get hurt.

I still think about that show from time to time. I found it to be a cool show while also being terrible at the same time. Kind of like rooting for the bad guy, but then dont root for him and start to resent him… made me think though.

I agree. Handled God knows how many burglary cases. I would say that burglars will not be intimidated by dogs if they know its going to be a very profitable score (inside info). They will make allowances for dealing with the dog.