Trying to find more details on the legal aspects of the “good cause” statement in CA. I’ve heard elsewhere that if you have to use your firearm in a scenario that’s outside the context of your “good cause”, you become a target for lawyers whose first response to an incident is to check your CCW permit details. For example, if I said I need to carry because I’m a small business owner and frequently transport cash between my business in San Diego and the bank a few miles away, I could end up in legal trouble if I was in Los Angeles and had to use my firearm to defend myself at a gas station. While the CCW technically allows me to carry throughout the state, my legal right to use my firearm is constrained by the verbiage in the good cause statement (e.g. if I’m in L.A., I’m neither at my place of business nor going to/from the bank). Does anyone have additional legal insight on this? I haven’t seen the statutes that would be used or read about any cases with any details. Is there a better way to get the legal insights on topics like this through USCCA? Thanks!

Welcome to the Community, @Jim80! Sorry, I didn’t see this until now.

California is a fun state for gun laws… And they can be interpreted in so many different ways.
To get a permit in California (as you state) you need to have good cause for the permit. (See our reciprocity map for more details.)

I do not see anywhere that says you can only carry when in the act of pursuing that good cause… however, that doesn’t mean it doesn’t’ exist somewhere.

My suggestion would be to reach out to a pro-Second Amendment attorney in your area (check out our Attorney Network in the USCCA Member Dashboard) and see if they can provide any guidance or resources to look at. You can also give the local DA a call and see what their advice is on this topic as they will know the laws and legal climate of your area.

(BTW, if you have specific USCCA questions, please feel free to tag me (@dawn) in the comment. Tagging a comment lets me know you need me specifically. Thanks!!)

In my County we have a very pro 2A Sheriff who has received national recognition, God bless her!
Several other counties in the San Joaquin Valley issue CCWs as well. so it’s not unheard of here however In the big cities—like LA and SF, it is a very different story
I’ve recently started the renewal process for my CCW.
Regarding those requirements:
I want to protect my family is considered a good 'nuff cause for a CCW in my jurisdiction,

We were told that if, for any reason you told an officer in SF you had a permit and were carrying, they’d haul you in and confiscate your pistol, making you go to court to get it returned.
Has anyone else heard of this?

Be mindful of not basing your CCW need on only coming and going from a “work” situation , as they may make your permit only valid WHILE in your work situation.

If your need is “out at night, movies, restaurants etc near to where you frequently like to go” (including but not necessarily near your home), and you have noticed unsavory characters or read about personal violent crimes there, your need is no longer based on work locations… For me, “aside from my normal activities, I like to camp and hike in remote places around the state where LEO presence is not reasonably and quickly avail.”

You get the idea. The permit was issued.

If you’re on SF county property, that could be true… Read over the forbidden places on the USCCA CA law pages.

I live in Orange County and have applied for my CCW. Initially, my interview was scheduled to occur on November (gulp, Friday the 13th). I just got an email from the Orange County Sheriff’s Department that I can move up my interview date.

I know that I am not supposed to take the CCW class until AFTER I get confirmation of an interview.

I have two questions: Is there a period between now and my interview when I should get my fingerprint scan and CCW class. I don’t want to take my class too early to find out that it is considered expired or too old.

Thanks for your help! @Dawn

I don’t know if my county operates the same as Orange County, but I had to wait until after the initial interview. For renewal I had to take the renewal class before scheduling the interview and before the CCW expiration date.
The range where the CCW classes are held should be able to field your questions regarding details as it is their business.

In our Central Valley County, good cause is self protection … As far as where you can exercise your CCW - 2nd Amendment in California.

In Fresno County we are issued 2 CCWs: Fresno Sheriff CCW and a California Department of Justice CCW and we must carry both with us at all times.

They are both good everywhere in our state. But that doesn’t mean that a SF, LA or San Jose cop can’t arrest you and take your gun which would means you need to jump through hoops to get it back.

There places that we can’t go … any Federal building … any Hospital or School … any bar that doesn’t serve food … any Airport or where there is a sign that prohibits firearms.

Thanks…I am taking a “Pre-CCW” class next week and will ask before I change my interview date.

In Riverside, they don’t really care what order you do it in, you just have to do it all before your permit is issued.

There are a truly overwhelming amount of laws and considerations to CCW in California, and most states. My 2c’s: Don’t stress out over them, just take it in slowly and realize that most of the self defense laws are based on reasonable circumstances of self defense. You can’t just shoot people casually; but only when you’re truly put at risk and there’s no other way out.

Getting comfy with it all is a life process.

I live in orange county as well. When I first applied for my ccw I had the face to face interview first, then completed the training and fingerprinting. There is an online training available (i don’t remember the name but it’s listed on the OCSD website for approved training. There are also quite a bit of places to complete the background check. If I remember correctly I had it all done the day after my interview. 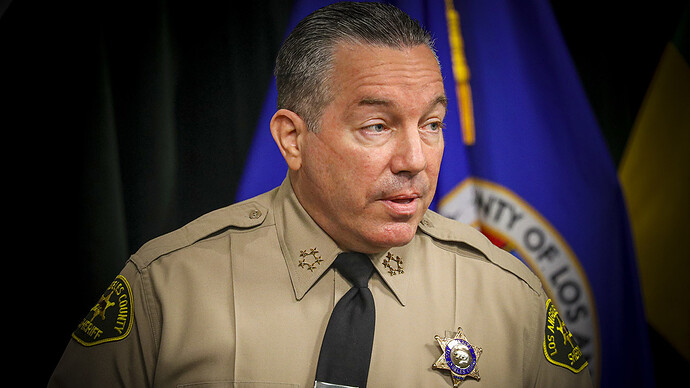 Murder in LA County jumps over 95% so far this year, concealed carry permits...

Murders in Los Angeles County have skyrocketed more than 95% so far this year compared to the same period in 2020, and other areas of crime also saw increases, with the local sheriff calling the uptick "very, very troublesome."

The LA County Sheriff has assembled a unit to process CCW applications. The Good Cause requirement has always been the road block for many. When someone from the CCW unit was asked what qualifies as Good Cause, the response was that you are not a prohibited person.

Sheriff Villanueva confirmed that by stating that they were “making the good cause requirement achievable”.

I mailed my application off last week.

What’s the current thought on Freedom Week mags acquired during “Freedom Week” of spring '19 and PC32310?

The law for reference about standard magazines (aka California “Large Capacity Magazines” or LCMs):

32310.
(a) Except as provided in Article 2 (commencing with Section 32400) of this chapter and in Chapter 1 (commencing with Section 17700) of Division 2 of Title 2, any person in this state who manufactures or causes to be manufactured, imports into the state, keeps for sale, or offers or exposes for sale, or who gives, lends, buys, or receives any large-capacity magazine is punishable by imprisonment in a county jail not exceeding one year or imprisonment pursuant to subdivision (h) of Section 1170.

(b) For purposes of this section, “manufacturing” includes both fabricating a magazine and assembling a magazine from a combination of parts, including, but not limited to, the body, spring, follower, and floor plate or end plate, to be a fully functioning large-capacity magazine.

(1) Remove the large-capacity magazine from the state;

(2) Sell the large-capacity magazine to a licensed firearms dealer; or

(3) Surrender the large-capacity magazine to a law enforcement agency for destruction.

CRPA article on the issue with links

This law firm’s website says it is somewhat uncertain:
https://www.shouselaw.com/ca/defense/penal-code/32310/

Ok, so having said all of that, until the 9th rules, from the time of August 14, 2019 - now, we’re good to go with standard capacity magazines (excluding “assault weapons” laws)?

7 judges appointed by a Democrat president, and only 4 judges appointed by a Republican president. While the judges are supposed to be bi-partisan, we know the truth is that their ideological believes are well vetted before they are nominated as a Federal judge. Looks like we’ll lose 7-4 and then be appealing to the SCOTUS. In the meantime, will the injunction from June 29, 2017 stand allowing us to keep our magazines, or will we have to store them out of state until the SCOTUS can hear it?

In the video of the June 22, 2021 9th District En Banc hearing, you can tell by each “leading question” by the judges where their position already is. They either softball a question for the State when they are in favor and most likely will vote to support PC32310, or they offer a difficult or challenging question when they are opposed and will most likely vote against PC32310. I don’t even need the list of which president appointed them - I can tell you how they “lean” by hearing their questions.
https://www.ca9.uscourts.gov/media/view_video.php?pk_vid=0000019528

What’s up my fellow californians!! How are you all doing?

Hello Dakota and all,

I am up here in Napa County. I’ve had my CCW for 18 years now and do whatever it takes to keep and protect this right. We have some good NRA/USCCA trainers in town as well as a private range to practice, no drawing though. CA has become a state where they do not want you to hurt anyone…, criminals that is. If you are injured so what. 76,000 hardened convicts are being or have been let out of prision by the Governor. So keep practicing, even if it mag reload while watching TV, slow motion drawing and aiming (remember no ammo in the room with these drills), and keep your skills up as well as your faith. When you get your CCW it is for your protect, but there may come a time someone else may need you.

@Mark361, Amen.
SD county Sheriff has loosened up a lot (used to be no CCW) now they are being much freer with them and have even up staffed the licensing division.
Applied for mine in March and was told I would have my interview in March of 2022. They called in November and said " Hey we have an opening come on in" Now just waiting for the little card to show up.
It gets much worse and 4 So Cal natives may be moving out of State.

Monterey County in CA will take good cause as self-defense. If you just state that on your application you’ll get approved.