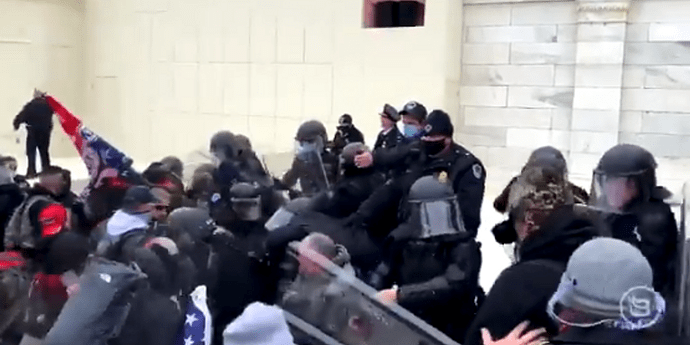 Blood of patriots and all?

There’s a 6 p,m. curfew there tonight. We’ll see how that works.

Using the updated narative, this sure looks like an American Lives Matter peaceful protest. How can a country move forward the next 4 years with such a strong divide?

It’s at least as “peaceful” as Portland.

That is what I have been thinking. No screaming. No killing. No lighting buildings and each other on fire. The news keeps posting “gas masks!”, forgetting to mention that is due to the potential of police using tear gas…not the “protestors” actions. Sickening fact free reporting. My friends are disgusted with Pence.

Lesster on NBC is saying it looks like a coup.

Didn’t the coup happen 4 years ago when the Democrats said they would resist Trump every step of the way?

(post withdrawn by author, will be automatically deleted in 48 hours unless flagged)

With the 6 p.m. cufew…if they stay in the building, on the house floor, can’t they just stay there…until the people who work there come back and answer to their people? Not a suggestion, but a curiosity.

And their talking about how to keep the inauguration safe. How can that be possible now…

Waiting to see what facts come in.

But I’d caution supporters not to celebrate too early. Historically, high profile acts against authorities are used as an excuse to repress opposition.

Governor Northam has just activated the Virginia National Guard. Why? Is he afraid this coming to Richmond in a couple weeks or just more scare tactics like last year? 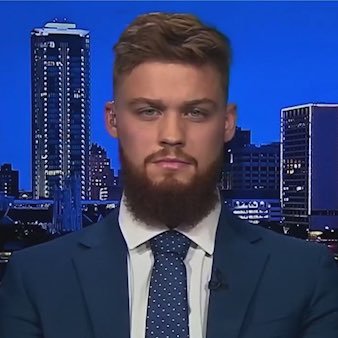 Why would he do that? They have “guns”. I thought he was anti-gun. Isn’t that hypocritical or am I just confused?

Another peaceful protest like we had all last year

Not true, there was no rioting, looting, nor arson, though the police negligently did shoot a woman that was in the crowd.

Chit chat is that if Trump declares a state of emergency, he will have incredible powers.

You know…as someone who was constantly bullied growing up (family was military so we moved a LOT and I was always the new kid at every school getting picked on by idiots) there comes a point where once you kick the crap out of the bully, you’re left alone. The left has subjected us to violence, ridicule, doxxing, threats, and frankly it’s come to the point where the bullied are done and tired of it and they’re striking back. I can’t say I don’t partially agree that the liberal twits need a good swift kick in the back side to remind them that our opinions still matter and if you make us your enemy, you WILL regret it.

How did we get here? Maybe idiots like AOC suggesting dems incarcerate trump supports and expose them as supporters. Maybe Pelosi and Schumer denying that the BLM and Antifa rioters were actually rioting and destroying property. Maybe Idiot politicians like Watters who called for people to confront republicans as the enemy anywhere they were in public. Basically all the party has chosen to vilify republicans rather than accept that we’re all part of the same country…so now they reap what they sow. Honestly, I hope it continues for a while to really leave an imprint on the idiot politicians that its WE THE PEOPLE not we the representatives of our respective districts.

Yes sir. They pushed, and pushed. Now they act surprised.

Someone on the left will soon say “what if they have assault rifles next time? Disarm them now!”

They will want our guns even more now.

Some things are out of our control.
Stay safe, everyone.