Big Brother is continuing to Watch you 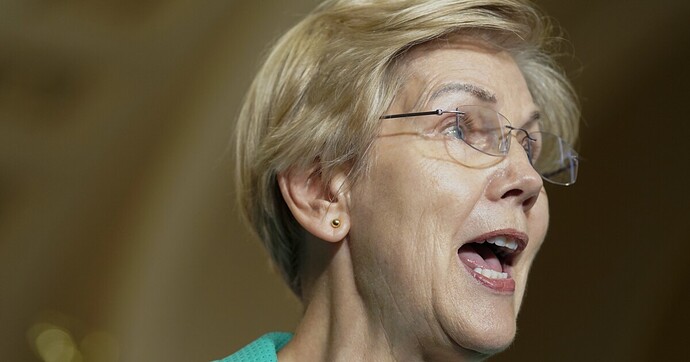 While President Joe Biden is decrying “MAGA Republicans” as fascist, members of his own party are actively working to get your credit card company to start tracking you and reporting you to the government. Because that’s not fascist at all.

Turning banks into cops. Once implemented it’s simply another stroke of the same pen to make it illegal to purchase with a credit or debit card…

It worked in Canada so

Seven months ago:
“A Canadian judge has frozen access to donations for the trucker convoy protest”

This is bad enough it deserves its own topic

What we see here is the insidious nature of Government. Notice how Congressional Democrats Sen. Elizabeth Warren (D-Mass.) and Rep. Madeleine Dean (D-Pa.) get “a report from CBS News in June that said that it had obtained documents” and demand answers from private companies. Notice how Credit Companies " “now turn our focus to how it will be implemented by merchants and their banks”.

This Comrades is the dictionary definition of “Liberal Politics”.

Amalgamated Bank, which calls itself “America’s socially responsible bank,” said that its decision to push for creating the new code is “the result of nearly three years of research and partnership with issue experts at Guns Down America and Giffords Law Center and broad support from elected officials, pension funds, and others…"

“This action answers the call of millions of Americans who want safety from gun violence and we are proud to have led the broad coalition of advocates, shareholders, and elected officials that achieved this historic outcome.”

"A coalition of national gun violence prevention groups including Guns Down America, Giffords, Brady, and New Yorkers Against Gun Violence issued a joint statement applauding the approval of the new code, saying that the decision “paves the way for credit card companies to help law enforcement preempt mass shootings and firearm trafficking by identifying suspicious patterns of firearms and ammunition purchases”

"Congressional Democrats Sen. Elizabeth Warren (D-Mass.) and Rep. Madeleine Dean (D-Pa.) previously announced on Sept. 2 that they reached out to the CEOs of MasterCard, American Express, and Visa, seeking support for the creation of the new merchant category code and to “request information about their reported opposition to Amalgamated Bank’s application for such a code.”

"The politicians cited a report from CBS News in June that said that it had obtained documents that show “employees from domestic and international credit card companies, including Visa, Mastercard, and American Express, pushed back on an application to create a merchant category code for firearm and ammunition sellers.”

I suspect anyone purchasing a single semi auto firearm and/or enough ammo to practice with one will be reported as acting suspiciously.

Private companies are generally not held to the same constitutional standard as the government is supposed to be but since this company is working with government officials to clearly violate our 4A and 2A rights do we have any legal or civil recourse against this criminal act?

Yep. Some of my recent ammo purchases alone would probably be flagged.
We will have to start setting up ways for cash only purchases instead to avoid stupid investigations into why I use ammo.

But hey, cashless bail and letting repeat violent criminals out seems to be a better solution I guess.

Let the violent criminals walk free so they can put all of the money and resources into spying on and criminalizing law abiding citizens. Makes perfect sense🤪

If they truly wanted “safety” from guns they would have the balls to go after gangs and career criminals, ( the democratic base ) same goes for “climate change” if they are that concerned, why have they not ISSUED me my new electric vehicle?
You can’t BS a BSr
So letting out all the violent criminals from prisons makes them feel safer? What planet do I need to be from to think this is a good idea and helps in my pursuit of happiness?

Supposedly VISA is against the new coding but not sure if that means their not going to use it or they’re just saying it’s not a good idea but still going to do it . . .

Seems like they got us right where they want us!

efforts by pension funds and other organizations to improve tracking of firearm purchases.

Why on earth should a pension fund care if anyone is purchasing a firearm?

Because they’re told to. Why does the IRS need an army with AR’s?

Edit: It probably wouldn’t go anywhere, but I wonder about an invasion of privacy lawsuit.

And right after the article about the Screaming success of Gun Control Advocates you see this. 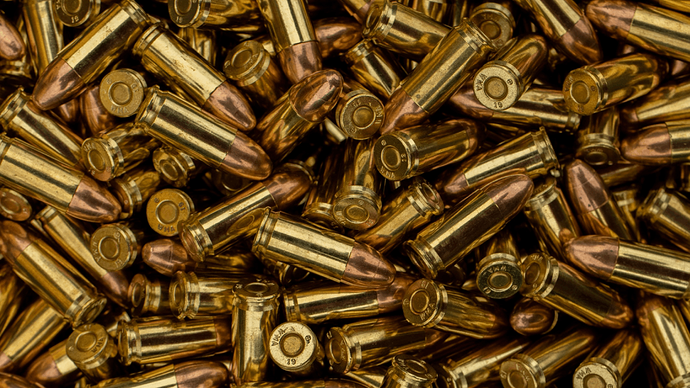 The Best Ammo Deals of 2022 You Can Shop Right Now

These days, buying ammo is tough enough as is. Shop today's best ammo deals to at least make it easier on your wallet.

Welp, that answered that.

Guess I’ll start heading to the ATM before any purchases.

Taking out cash from the ATM just puts you on all sorts of other lists. Welcome to life in the dystopian security state where we are all assumed guilty until they can pass enough new unconstitutional laws to make us criminals for just trying to live our lives.

Watch 2000 mules. They know exactly where your cellphone is