I post this for your comments and discussion. As a retired Soldier, I served at most of these posts. There are generations of Soldiers and other branches service members that were stationed at these Forts.

I am upset about this whole matter. Erasing history does nothing to benefit our Nation.This is not necessary and will very much impact morale. With our president talking about nuclear warfare, this is what our worthless SECDEF concerns himself with? There will also be two warships that will be renamed.

Hopefully not too much damage will be done to the rank and file before we are needed again.

“Every record has been destroyed or falsified, every book rewritten, every picture has been repainted, every statue and street building has been renamed, every date has been altered. And the process is continuing day by day and minute by minute. History has stopped. Nothing exists except an endless present in which the Party is always right.”
1984 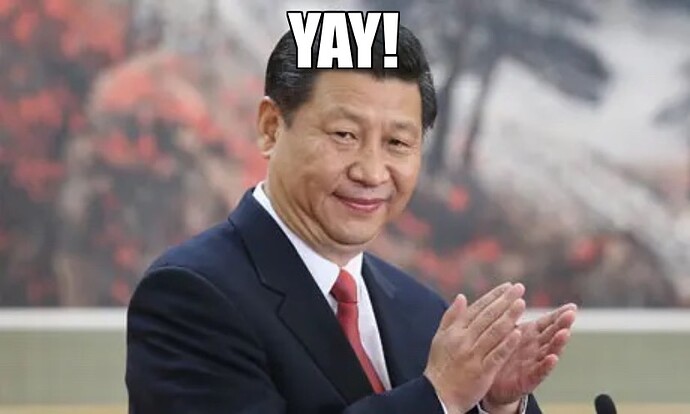 I don’t feel he is being a very good steward of MY tax dollars, but I unfortunately am not in the position to fire him

unfortunately am not in the position to fire him

Um… because he doesn’t work for you
and me, we the people

With our president talking about nuclear warfare, this is what our worthless SECDEF concerns himself with?

We love our military but how many in active service share SECDEF’s views?

Seems like a bad time to be involved in a war.

This is not The Greatest Generation 2.0.

Seems like a bad time to be involved in a war.

This is not The Greatest Generation 2.0.

I have a good friend who teaches Marines’s after boot,(these are guys who are usually in between and waiting for a training spot) about differences on what is a legal order, and what is an illegal order. Geneva violations, and UCMJ. So I was very interested in his finding that they were absolutely clueless.

Another friend who does the same for Navy, literally dozens of recruits who want to call an E-9 Master Chief sir because that’s what they learned from the video game “Halo”.

I, completely understand the necessity for civil/political figures to have final control of the military. But when they literally take divisions out of training for DIE training. That is literally terrifying to me.

This was an old story, I thought.
Did they pick “Fort Elvis Presley” as one of their new names?

I don’t think this one is very old. I will check that.

I wonder if the Chinese military worries about such things? Probably not many woke priorities in that army.

After the last renaming happens, they will have erased all of those confederates. Crazy world we’re in…

Requiring respect vs Commanding it.

I only served at Ft. Leonard Wood,Ft. Campbell and Ft. Bragg. I’ve visited several others but if I to think of this as a serious question. Such as Ft. Bragg to Ridgeway or Gavin. Ft. Campbell to Taylor and Ft. Knox to Patton and Ft Hood to another famous general who inspired the spirit units based there. I think names like these have to be someone who inspired soldiers to fight and win.

Hello Gary. I agree with you on that. If they just had to do this, there were some damn fine leaders they could have chosen from. Fort Rucker’s new name is Novasel, who was a Vietnam Medevac pilot who was awarded the Medal of Honor. He is a legend in Army Aviation.

Thanks, I didn’t know they renamed Ft. Rucker. That’s good they didn’t go stupid with it.

Dang, that’s news to me. I thought Fort Ruck-er was named in honor of all Army grunts.

Being a veteran and a 1st responder after my militarily time, I am in the camp of belief that renaming and removing failed military names from prominently displayed objects reflects the fact that the defeated cause IS and shall be forever recognized as defeated. The naming of military bases, war ships and placing a statue or bust of the image of a person is to recognize value. This should not be placed in public view as a reward. I believe the history books and museums IS the proper place for the names of soldiers and battle fields of the defeated cause. Quit trying a back door approach to present someone evil as something other than what it is. Your comment would jusyify recognizing Adolf Hitler and promote value to Naziism.

Except for the fact that then men on both sides were Americans, not nazis. A lot of people throw out the nazi label these days.

Granted that slavery was and is the most evil thing ever devised by wicked men. No argument with that or that the Confederacy was based around support for that evil.

The political powers and the rich planters wanted slavery. Most of the soldiers were doing their duty as they understood it at the time. People identified then much more with their states than we do now. Just because a soldier fought with their home regiment for the Confederacy did not make them a slaver. It most certianly did not make them a nazi.

Do you really think that those thousands of men were fighting and dying for the institution of slavery in their minds and hearts? They were fighting for freedom from what they saw as an oppressive federal government. These arguments still exist today and shape directly our Nations political discourse.

Don’t mistake any of this as a “lost cause” argument. The war was won by the right side and forced final resolution of the issue in the Constitution. I myself would have joined the Union Army despite being a Virginian.

You people throwing the nazi thing around dilute and weaken your own argument. In the context of the Civil War, it is a gross oversimplification of what was a very complex and nuanced subject.

Aside from the fact that propaganda was used to keep the militarized forces united and that slavery was used by the nazi party same as the confederate states, you’re correct that there isn’t any reason to bring up the nazi comparison… I suppose. The point was missed. A nation that decisively won a conflict does not publicly display their rival in an honorable recognition. i.e. There is not a display of the enemy of state riding a steed or placed in honor with respect in a park. There is also no street, city, state, county, stadium, war ship, school or any other form of public and military use having the names of the enemy.

We shall agree to disagree then.

I myself would have joined the Union Army despite being a Virginian.

Forgotten history: Virginia originally voted to remain in the Union. It only switched sides after some prominent pro-Union legislators were locked away so another vote could be had in favor of succession. How’s that for political shenanigans? Imagine how different U.S. history would be if the Army of Virginia was fighting for Lincoln.