I would be interested to see what the law has to say on this matter. He was obviously completely unqualified to make this check on his own and the people paid to do the checks obviously didn’t do their job for whatever reasons.

It is not completely dissimilar from handing a 5 year old a real gun but telling them it is a squirt gun that they should point at their friend and pull the trigger. Is the 5 year old culpable? Based on his statements and actions, Mr. Baldwin was seemingly no more qualified than the typical 5 year old when it came to safe firearm handling. Likely less safe than my son when he was 5.

But as I said, I do believe he is 100% culpable as the producer for allowing real firearms on the set and hiring unqualified and/or incompetent people to ensure that they were used safely. He also can’t use the defense that he didn’t know what was happening on the set as he was there and actively involved in everything that took place.

I read in the artical earlier that they were target shooting ,but that still does not clearing of negelence at all

Finger-pointing could ultimately lead to the producers.
Alec, is that you?

Have they thought of suing the gun manufacturer too?

I feel where you are coming from, and I could even follow more closely if this was his first experience with a firearm in his movie(s), but it’s not. He has a career where he’s been exposed to multiple takes with a firearm (replica) whatever. So, he is NOT without some basic knowledge of the props and how they function.

The only thing that causes me to think differently is the number of rehearsals and takes that go into perfecting a scene.

the number of rehearsals and takes that go into perfecting a scene.

I read somewhere stingy producers were cutting costs so that may not be applicable in this particular production.

So, he is NOT without some basic knowledge of the props and how they function.

That is my point. To a typical actor with no real firearms experience these are props they are playing with. The last thing they are ever going to expect is that they are being handed the real thing loaded with real bullets while on a set. That would be an insanely negligent thing to do.

Knowing how to point a gun in a movie, even under instruction from a skilled firearms advisor, doesn’t mean the actor was ever trained how to safely handle the real thing. Probably quite the opposite since in many cases they are being directed to do all sorts of things you should never do with a real firearm. And from what I usually see in movies that direction is really poor when it comes to demonstrating actual firearm handling skills.

In an early account I read, an assistant director supposedly handed the revolver to Baldwin and stated it was clear. I don’t know if it was his job to check or he was just relaying the message from someone else, but obviously someone or most likely several someones weren’t doing their jobs in this case. The last person I would count on to determine if a gun is clear or not is a hypocritical, anti gun advocating actor who profits from playing violently with firearms on the big screen. As one of the producers he was responsible for making sure that unqualified persons such as himself were never put in that position.

Alec Baldwin was one of those …

Alec Baldwin was one of those …

Yep.
Not sure if this had been shared before.
Curious if affidavits have been made regarding this:
“Six members of the camera crew walked off set earlier on Oct. 21 over safety and financial issues.” 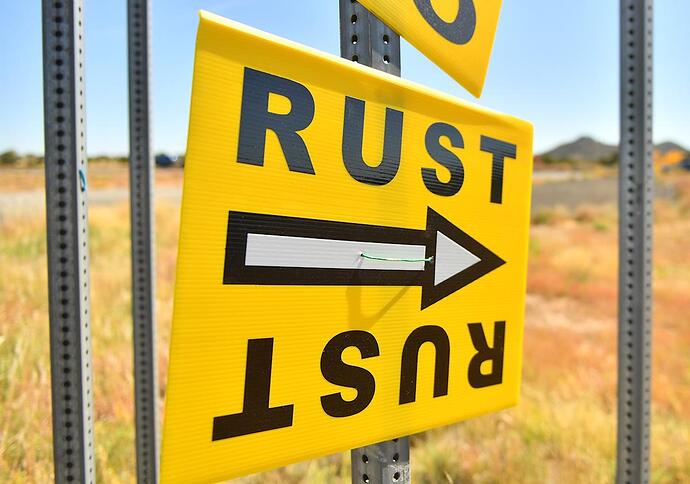 So, the plot thickens.

Mr. Baldwin was seemingly no more qualified than the typical 5 year old when it came to safe firearm handling. Likely less safe than my son when he was 5.

Except that he is an adult and has decades of experience as an actor using firearms in movies. As to your son, likely true. I certainly knew the difference between real and fake, even before age 5. I got my first BB gun at age 5.

Firearm safety is necessary, even for the very young, when firearms are present in the home. I don’t recall ever not knowing firearm safety.

I don’t recall ever not knowing firearm safety.

Just know that you’re above average. We can’t expect that the average 5-year-old already knows firearm safety. I certainly would never bet my own life that an actor can tell the difference between a real bullet and a blank.

A range master I used to chat with was telling me about a WTF moment when a new shooter was upset that the pretty nickel casings didn’t fly out to the target. As in the guy thought the entire bottle necked cartridge was as going to fly to the target.

Hence the continued appeal for training. Not mandate, but appeal to the untrained or uninitiated.

Except that he is an adult and has decades of experience as an actor using firearms in movies.

You would think that he would want to learn how to handle a real firearm given how much time he was spending pretending to be an expert with them. But if all his experience was being handed a movie prop and told to point it at someone and pull the trigger then I wouldn’t count on his “knowledge” to keep anyone safe. Just as I wouldn’t expect the vast majority of actors to be able to fly a real plane or break into a real bank vault etc., I wouldn’t count on them to know the first thing about firearms regardless of how many they have handled on screen.

Just as I wouldn’t expect the vast majority of actors to be able to fly a real plane or break into a real bank vault etc.,

I just watched a video and how all the effects in John Wick are put in after post production.

I would think it must be very challenging for modern actors having to react and interact with things that aren’t really there and someone is going to draw in months later.

I occasionally hear actors talk about how much it helps when they have real props and real sets to interact with. I wonder how they’d fare in the days before green screens and CGI, when the all the sets had to be built and the stunts were real.

This is all smoke and mirrors. Baldwin, and as all actors, know there are well established rules for firearm safety on a set. Have been for years. Baldwin will take the hit for this by hiring a very inexperienced armorer for this movie. More than inexperience, she lost control of the set. She lacked the clout with the staff and actors to control things during the shoot. The facts will eventually come out about live ammo appearing on the set.