Took R to a hair appointment this evening, 20 feet from the front door to the salon I see this camp. When R walked in he started climbing out from under his tarp, I got out of the Barbie Jeep, he saw that I wasn’t really one to challenge and retreated back into his mansion. The owner tells me this camper will crawl out from under the tarp and aggressively approach the ladies as they walk in, inviting them into his “house” then calling them names, you know ‘C’ word ‘B’ word ‘W’ word, when they decline. They called the cops but were told “The camp is in the mow strip, public property, so they can’t force them to leave unless he actually assaults someone”. Looks like they are winning. 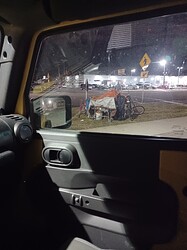 You seem to have a lot going on up there!
Is he a homeless gangbanger, shot caller, out on bail for attempted second degree murder?

yea, down town Salt Lake has turned into just another big city I suppose. Around here, you never know, they actually caught a group living in a 1/2 million dollar house that would pose as vagrants, camp, pan handle etc. then at night they’d retire to there home on the hill and count their tax free donations.

Women and kids should be particularly wary about them whose names could be on Megan’s Law.

There’s always a bunch of those they are clearing out in Louisville.Quite frequently you hear of criminals getting away with all kinds of mayhem because the city doesn’t know what to do with them.

public property, so they can’t force them to leave

Public property??
Maybe some other citizens would like to apply some raccoon urine cover scent around the area just about sunrise when all is quiet? 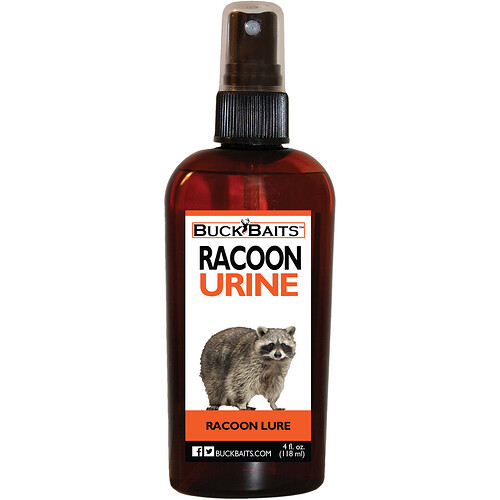 I fear this is going to spread among normal people.
I’ve been watching some YouTube videos of “Karens and Kevins!”

We’re going to need 55 gallon drums of that stuff.

We’re not going to make it!

Verbal abuse is assault. Sounds like you have a crap PD. Call the fire department and tell them there is an open fire on the mow strip. High pressure water cannon should solve the problem.

Indoctrinated my kid to street life by taking him through the Tenderloin area of San Francisco at night…after my time there in the late '70’s I am aware that nope, raccoon urine is no deterrent. I think these folks actually mark their territory.

I think these folks actually mark their territory.

Or instead of using dry cow paddies, they use their own sh*t to build their “dwellings”.

One uses whatever is the most readily available, I would surmise…