6 Ways You Can Avoid a Gunfight

Do you have a battle-proven strategy for avoiding gunfights?

A couple of years back, former Navy Seal Larry Yacht and former Army Ranger Beau Dobesenski taught me a simple strategy. Larry used it deep behind enemy lines in Afghanistan when he had to avoid soldiers of ISIS because it was just his partner and him on recon missions. If he got into a gunfight with 66 enemy soldiers, he would have died for no reason.

The Six Ways to Avoid getting in a Gunfight.

Can you Drive away in your car as this person did? 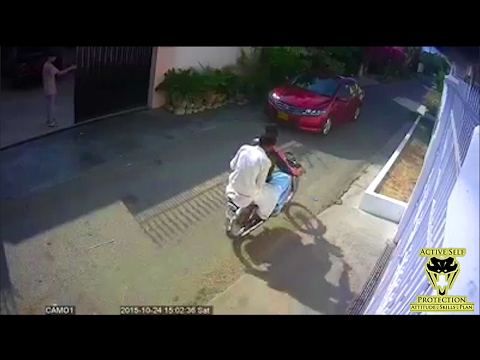 Can you Run away?

Can you lock your door to stop the Threat? 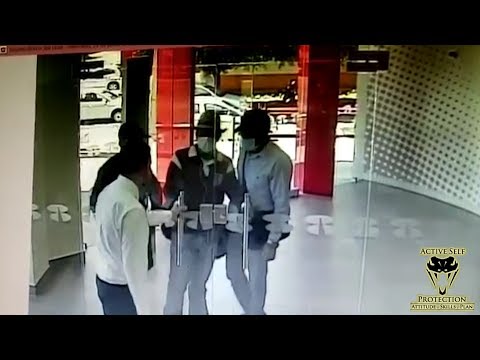 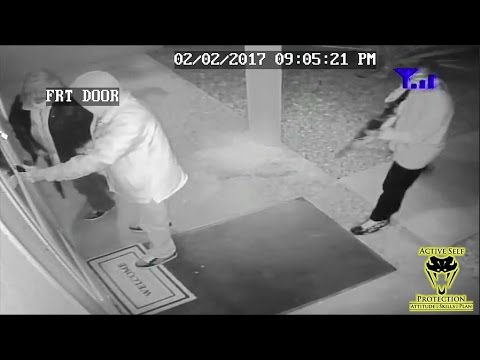 Can you find a security guard? 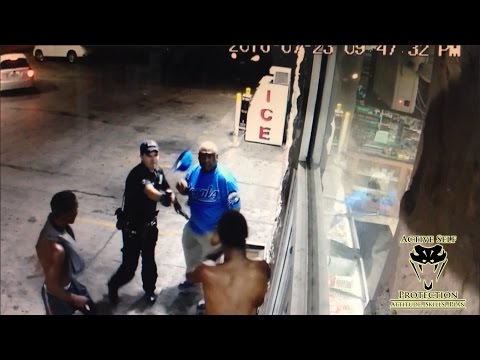 Can you get a defensive tool?

Can you use OC Spray? 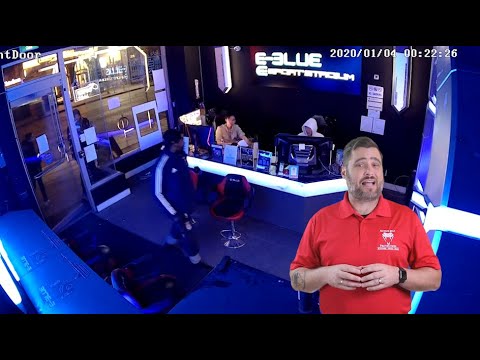 Can you give verbal commands to get the threat to walk away?

Can you command a dog to bark to scare the threat away?

Can you open carry a gun in a retention holster?

If violence is the only option, then you draw your gun.

A couple of years back, I trained with Tim Larkin, founder of Target Focused training. He said something that stuck with me.

"If in three days you’re sitting in a jail cell or laying in a pine box, was it worth it? "

If the answer is no, then you may want to avoid the conflict altogether. If it would be worth it, then you draw your gun.

So I want to know. What strategies or tactics have you used to avoid conflicts in your life, whether it was a simple verbal argument or a fistfight or a gunfight? What has worked for you?

I like these. I think we owe it to ourselves as USCCA members to train how to avoid using our weapon.

Good list. I don’t carry OC spray mostly because I try to keep carry simple. I’m a somewhat large male who keeps to himself but always has my eyes out. I’m not the best target for most confrontations

I thinking being polite, even to people that don’t deserve it, can help avoid potential confrontations. Walking away if possible. Basically don’t be d…d… I mean don’t be an a… ugh be polite, yeah that one

When dealing with people who are acting like d… Ugh I mean jerks. Ignoring, keeping your mouth shut, and leaving ASAP is the best option. I was getting food through a drive through a few weeks back and I put on a glove due to corona. The guy behind me started screaming “is that Micheal Jackson!!!” Over and over again. I really didn’t process what he was saying. It was startling to be yelled at at a drive through. I never responded, got my food, and drove away. I didn’t try to teach him a lesson. I was aggravated though. When I walk in the neighborhood, sometimes people speed by my wife and baby. I want to throw up my fun finger and throw my doggie bag full of poop at them, BUT at the risk of causing a confrontation, it’s not worth it.

Gotta keep that Ego in check, even when it’s hard. You shouldn’t carry a gun and get caught up in unnecessary confrontations.

In the words of John Correia of Active Self Protection… “Avoid doing stupid things, with stupid people, at stupid times”.

I thinking being polite, even to people that don’t deserve it, can help avoid potential confrontations. Walking away if possible.

That’s exactly what Kenny Rogers told me. Walk away from trouble if you can. It don’t mean you’re weak if you turn the other check. You don’t have to fight to be a man.

*I hope you’re old enough to understand this reference. *

“being polite, even to people that don’t deserve it, can help avoid potential confrontations. Walking away if possible.”

Thank you that is a really good addition and hard to do at times.

Since we carry guns we need to keep our emotions in check.

Coward of the County is a good song.

As I have gotten older I have learned to avoid hanging out with stupid people who attract drama or cause it. Very good advice.

This is great advice. It sounds like an expansion on the “flee, hide, or fight” recommendation regarding a sudden encounter with an active shooter.

Excellent training videos and teaches good situational awareness. These scenarios can happen anywhere in the world even the safest places.

I stole this from Dedicated Threat Soultions, LLC if you are their area i advise checking them out!

IT PAYS TO BE PREPARED

I often say violence happens fast. You are either prepared to respond or you are not. This guy was prepared.

You can’t respond to a threat that you do not know exists. Situational awareness matters.

When he sees the threats intentions the good guy backs up to create distance as he is drawing his weapon.

Always carry a round in the chamber. Always! (And no, I do not want to debate this.)

The threats OODA Loop is disrupted as soon as the good guy goes on the offense. Remember, you are never out of the fight. Ever!

The good guy follows though and remains focused as the threat attempts to escape.

There is no substitute for preparedness.

The good guy follows though and remains focused as the threat attempts to escape.

Please elaborate. The “visual” I got from this statement suggests that the good guy continues on the offensive, even as the threat backs off. (Backing off ends the threat and prohibits any further aggression on the part of the good guy, as I understand it.)

Everything else makes perfect sense, so I hope that I am misunderstanding your intent on this one.

I stole all that info so it could be vary well sir that it lost accurate grammar, style, ext.

No apologies necessary. I was concerned about the wording, and it may well be that it lost something in transition. Let’s assume that it means, “The good guy keeps him in his sights as the threat exits the scene.”

I do like this list and practice many of the techniques on it along with situational awareness.
I find that I’m less likely to get into an argument or have words with someone since I started carrying even if I’m not in the wrong because it could escalate and end very badly for both me and them. You never know who’s carrying these days and some people just don’t have the demeanor to carry a firearm all the time.
The moral of the story is, avoid conflict at all cost, but don’t hesitate if you believe your life or the lives around you are in danger!

I like how it focuses on things within our control.

An experience I had recently on a family road trip taught me another lesson. It was about 11pm on a non-residential stretch of I-80 in Nevada and no cars in sight in front of us and behind us. My daughter was driving and I was riding shotgun. Suddenly, a a car sped past us on the left lane then slowed down in front of us. My daughter thought it was stupid so she changed lanes to pass. The car suddenly went faster and wouldn’t allow us to pass.

I had to remind my daughter that I’m carrying and if the occupant(s) of the other car wanted to cause trouble, I will be put in a situation where I might be forced to use my gun.
I also had to remind her not to put her brother and her boyfriend in a similar situation.

I my case I was on the an enclosed porch and he drove up in his car and slid to a stop and jumped out waving his arms and mumbled unidentifiable words,did not know what he was upset about and at about 20yards I told him to stop and he did notand came to about 10 yards from me,I then drew my 45 and held at low ready and told him top again and he did not and at about 5 yards I told him to stop again and brought my 45 up and put the laser between his,he went cross eyed looking at the laser and turned around and went to his car with out another word and drove away at which I re holstered my 45.At no time was the thumb safety off,but my thumb was ready t5o release it and at no time was my finger on the trigger it stayed in the lock jaw position on the slide,he made the decision to dis engage,not me it was up to him

Randall’s advice is good. Preparation for the worst gives us confidence to not overreact to confrontations. Being unprepared makes it easier to panic. Panic drives bad outcomes.

I transport train crews all over the five state area starting with my home state Indiana. I was in Toledo, Ohio after dropping of a crew. I was on the phone with my wife when I noticed a guy getting out of the car behind me at a stop light. I said out loud " what is this guy doing". The light went green and I drove off to the next light. My wife said " what’s going on". I said " I don’t know “. At the next light the guy again gets out of the passenger side and starts running at my drivers side. The light goes green and I take off fast. I told my wife " I think this guy is trying to car jack me”. She is now freaking out, I said " calm down I’ve got this under control. I hit another red light and there are a bunch of cars in front of me, and cars that are passing me. I have no where to go. At this point I’ve already got my gun in hand. Then both guys jump out this time and that’s when I seen a gun. I already have my window open ( because I don’t want them to smash it in my face ) and as soon as they get close I pointed it out the window right at the guy that I could see armed, he got wide eyes and yelled at the other guy to “RUN!!”. The light goes green and I take off and that was the end. That was also the moment I knew it was time to sign up for USCCA.

As I tell this to people and I want them to take away a few things. 1# I noticed this right away. Why? Because I am a person that likes to know what’s around him at all times. And because of that I had time to figure out what to do. 2# I didn’t freak out. I stayed calm and collective. 3# I tried to find other ways out but opportunity didn’t present itself. 4# I knew my door was locked so the only way to get in was to smash the window, witch could have blinded me and would have made me look away. 5# never look away. 6# only show your gun when you have no other choice.

I hope this helps ease your mind for if you stay vigilant you can make the right decisions to protect yourself.

“Don’t take your gun to town?”

Just kidding, but in all seriousness, there are some good answers above. Although they can’t always work in every situation they do have multitudes of truth to them!

@Randall318 The list of thoughts are there but no video/audio