Conversations in another thread brought this topic up. I thought it might be a good idea to bring it up since it had such a big influence on current techniques.

Backstory: There were a series of armed robberies in the Miami, FL area in late 1985 and 1986. The FBI was behind the curve as the robberies were random and the getaway vehicles were always stolen. But they got a break in the case when the robbers attempted to kill someone and take their vehicle, but the victim survived the shooting and walked several miles to get help. Because of that, they knew the make & model of the vehicle the robbers would use in their next attempt. The FBI had a “rolling stakeout” looking for the vehicle, and eventually they came across it and started a chase which ended in a collision and then the firefight.

William Russell Matix and Michael Lee Platt were the robbers/murderers, and they squared off against a total of eight FBI agents. In the end the two felons and two FBI agents were killed, 3 FBI agents were seriously wounded and an estimated 100+ rounds of ammunition expended across an estimated 4+mins.

This shooting is significant because it ended up influencing firearms choices, terminal ballistics, and tactics for the FBI for many years to come and even up to today. FBI agents were armed with revolvers, 9mm handguns, and shotguns. Platt & Matix had a Mini-14, shotgun and assorted revolvers. Platt & Matix were shot 6 and 12 times respectively and continued to wound and kill FBI agents after being shot.

“The Ayoob Files: The Book” by Massad Ayoob (Miami shooting is one of the cases in this book)

Movie/TV
In the Line of Duty: The FBI Murders (credit @Burdo for link)

The most thoroughly studied gunfight of the 20th Century occurred on 4/11/86 in the Dadeland area of Miami.

Two agents were killed and five others were wounded April 11, 1986, in a South Florida shootout that remains the bloodiest in FBI history. 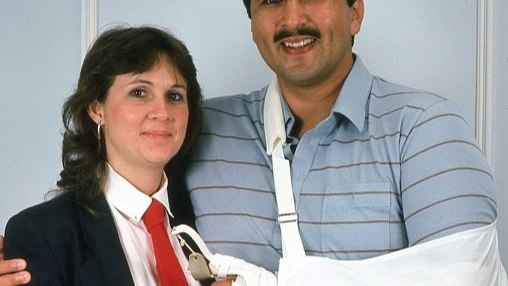 12 lessons from the FBI Miami shootout

Gun safety, target safety and the importance of tactical emergency casualty care are some of the lessons law enforcement can take from the gunfight

Thanks for those study resource Harvey; All new to me. Mr. Harrell is one of my favorite online video teachers. I saved the vid you posted, ‘The FBI Files Firefight’. Interesting case studies for our learning. Take care friend.

I read Ed’s book “FBI Miami Firefight. Five Minutes that Changed the Bureau.” It’s a good read for someone who wants the perspective of a first hand account.

I added the book to the OP

Back when the FBI was respected. Now they just protect the government from citizens saying something out of line.