What is the point of straight triggers?

While scrolling Youtube for videos about my favorite sword, I found an ad for the Falx trigger for Walther pistols. It claims to be a “curved trigger with the performance of a straight trigger.”

I have never had any idea why I would want a straight trigger. They look uncomfortable. Why would I want one? What are they supposed to do for you?

If you talk about straight trigger of non 1911/2011 pistol - there is a simple explanation.
That trigger operates on the axis. The trigger pin is located on the top of the trigger shoe creating the hinge.
When you press it to the rear, you need some strength and additional movement of your trigger finger to pass the virtual line coming down from the trigger’s pin (the hinge) .
When you use the straight trigger you need less power and less movement of your finger to achieve the same result.
The ideal trigger is flat and perfectly vertical. To have even less extra movement - 1911/2011 is the solution. 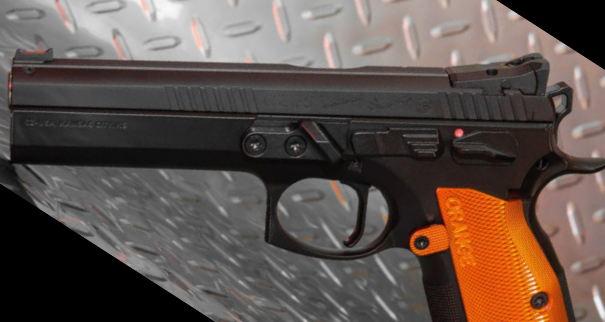 Why haven’t all manufacturers adopted it? Form over function?

I’ve heard that C shaped trigger is easier to pull in stressful situations… Some pistols have almost straight trigger, but angled to the front for easier pull… my guess is each manufacturer has his own idea and explanation.

I personally love flat triggers (like this one on CZ75 TSO), whenever got an option to use flat face Apex trigger - I install it. But no trigger is better than 2011… the simplest and least disrupting for smooth trigger press .

Some manufacturers are just exceptionally slow to change or adopt anything. Some don’t want to.

Some (many?) buyers are slow to change or adopt anything, and thus the manufacturers/sellers don’t want to change for fear of scaring the customer.

Some are getting on board. Smith and Wesson is doing a great job of mimicking Apex swaps and putting really good factory flat face triggers into their M&P 2.0’s and Shield Pluses

Some are getting on board. Smith and Wesson is doing a great job of mimicking Apex swaps and putting really good factory flat face triggers into their M&P 2.0’s and Shield Pluses 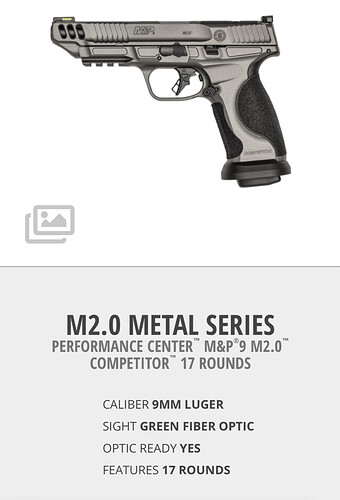 M&P M.2 is a great example of manufacturer being listening users’ complaints.
Thousand owners swapped the original hinged trigger to Apex and then posted the info on official forums.

Now the legal problem with changing trigger has gone and people are more willing to buy and carry stock M&Ps.

Part of the reason I sold my Shields was to buy the Shield Plus because I had Apex trigger and Talon grips on my Shield and then the Plus not only added capacity but had a “factory Apex” trigger, basically, and also a superior grip so no need to add to or modify the grip.

Interesting topic. Saw this little write up comparing flat Vs. curved. Guess it’s another personal preference. For me, I prefer curved to match the shape of the finger, contoured for fit and comfort, especially if shooting a lot at the range one day.

Question for all Glock owners. I noticed their triggers are kind like a combo, in between curved and straight, having that second trigger when you look closely at it, its safety feature per se.

Do Glock triggers ever hurt your finger? I’m talking, after a box rounds. Not a big fan of gloves in the range but I appreciate those who use, for added safety. But what I’ve done is cut the tips off a few fingers of latex gloves (BTW, and on the cheap), wrap a few around my dominant index finger, and wallah, no more pain at the range with Glocks.

No finger hurt. Other companies have similar trigger dongles also. The only one I can think of that has more than one or two finger pain point complaints is the HK VP9 for some people (but not me, and not most)

I’ve done as many as 4 days straight of professional training on the range with a Glock, no finger discomfort, don’t remember anyone else mentioning it either.

I bought Geissele SD-C triggers for two of my rifles and I really like that straight trigger compared to the curved. I’m not sure why but it just feels better to me at least. Maybe it’s just because it’s Geissele and not a stock mil-spec trigger but either way I do prefer the feel.