I’m not a knife fighter, but I do carry a folder just in case.
I like Spydercos having carried a Spyderco Rescue while on a SAR team, not for defensive use but for cutting seat belts and other stuff. What always impressed me about the Rescue was that I could flick the blade open with one hand, but as it is designed for rescue situations it has a blunt “point” and not the ideal for fending off an attacker in my humble opinion.
When my daughter moved to Los Angeles for graduate school I carried a Spyderco Delica because the blade length was just under what was allowed by a Los Angeles ordinance, but the conventional blade design wasn’t as quick to deploy as my old Rescue.
Now that I no longer have a need or desire to go to Los Angeles, I’m not as limited by blade length for EDC so I’m considering adding a longer Endura… The Wharncliffe blade looks more exposed ( top heavy?) like the Rescue but has a more pointy “point” more like the Delica so I’m hoping that it opens just as quickly as the Rescue. but is more tactically oriented.

Has anyone had any experience with the Wharncliffe blades? Are they any quicker to deploy than the regular Spyderco?

If you’re looking for flickability, you might look at models like the Spyderco Paramilitary 2. Cutlery Shoppe has a Wharncliffe Paramilitary 2 listed but it’s expensive (maybe a limited run?). 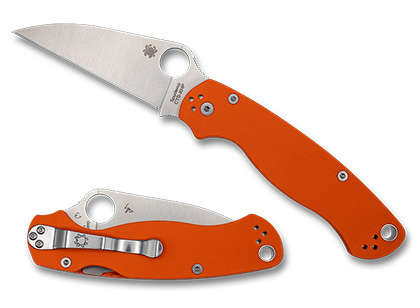 I have an M4 Spyderco Yojimbo 2 but don’t carry it too often: 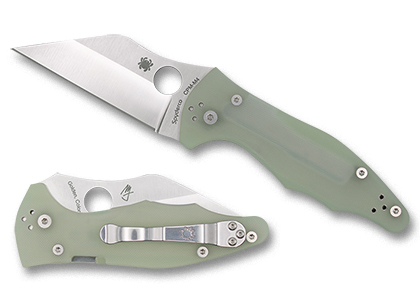 The main reason I don’t use my Wharncliffe or Tanto blades is that I use my carry knife often, and sharpen it relatively often, and don’t want to either have the blade reshaped from sharpening mostly near the point, or sharpening the entire blade edge when only the point needs it in order to maintain the straight edge profile. Maybe my reasoning is silly, but I don’t miss using the Wharncliffe when I carry a more traditional shaped blade.

Another option is the Hawk Bill profile. This is basically like the knives/blades used for cutting up carpets. You can find them in the hardware store in the same place you find Whrancliffe style blades (box cutters).

Spyderco has a few hawk bill knives, as well as variants (Matriarch line) that are specifically marketed for self defense. The Salt series (rust resistant) and Matriarch series are examples: 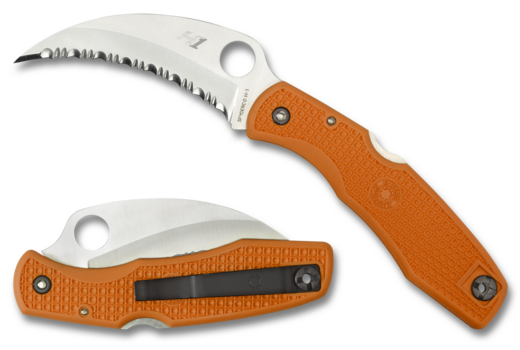 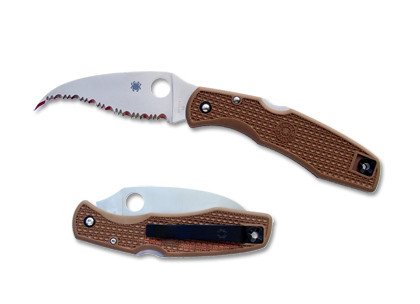 Personally, my two most carried knives (I carry a separate multitool) are a Leatherman C33TX and Benchmade Nitrous Stryker 913D2 (black version; Ti liners), both discontinued: 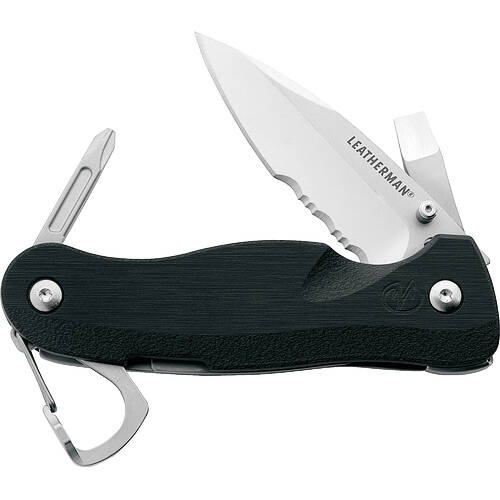 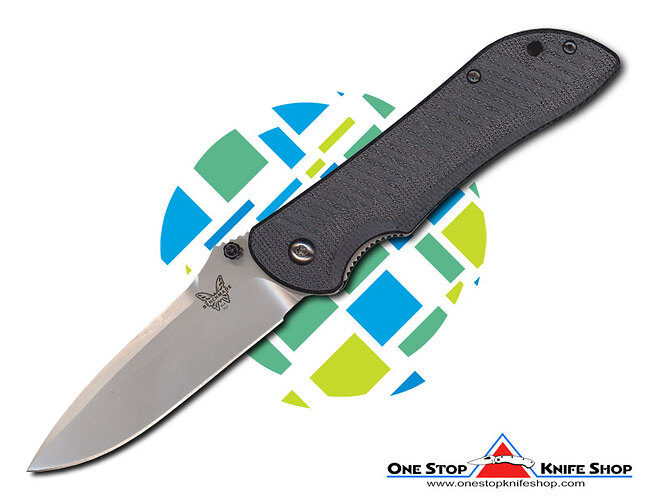 Wow. I like that Leatherman. Too bad it is discontinued.

I like a good folder. I always have one on me, and I pick up new ones whenever something strikes my fancy. I decided a month or so ago to get one of those handy little zipper-case organizers made must for folders. It holds 24, so I figured it would give me room to grow my “collection.” I went about the house, car, and garage collecting my knives and putting them in the case. I was wrong about the size. I ran out of space before I ran out of knives. Another case it on the way. Fortunately, most of them cheaper than guns.

I should also mention, the Delica and Endura type knives should loosen up with a lot of use and some oil applied regularly.

Folders with removal bolt/screws can be adjusted to fit how loose you want the blade (blue loctite suggested… just make sure it doesn’t overflow into the bearing area). Also, for whatever opening design you chose, make sure the handle doesn’t flop open in the pocket by accident, or if the other things in the pocket might slightly open the knife.

For one handed opening of the Delica or Endura, you might also use the old Buck style one handed opening method (today, people call it the “Spydie Drop”… they probably don’t know that people have been opening Buck folders this way since the 1960’s).

Basically, hold the blade and flick open the handle. 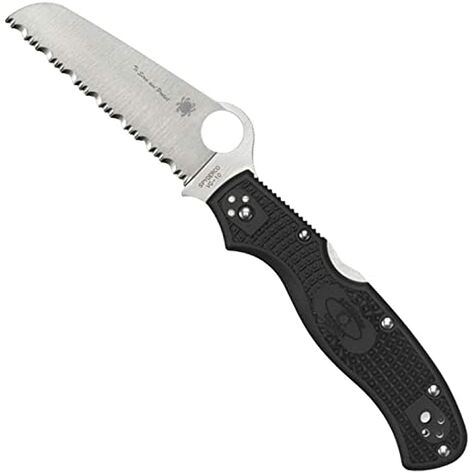 In a “get off me” scenario maybe that shouldn’t be something to be concerned about—that serrated edge is still wickedly sharp even after some 14 years of use—but it’s certainly no hog sticker. Maybe that’s a good thing from a defense lawyer’s perspective?