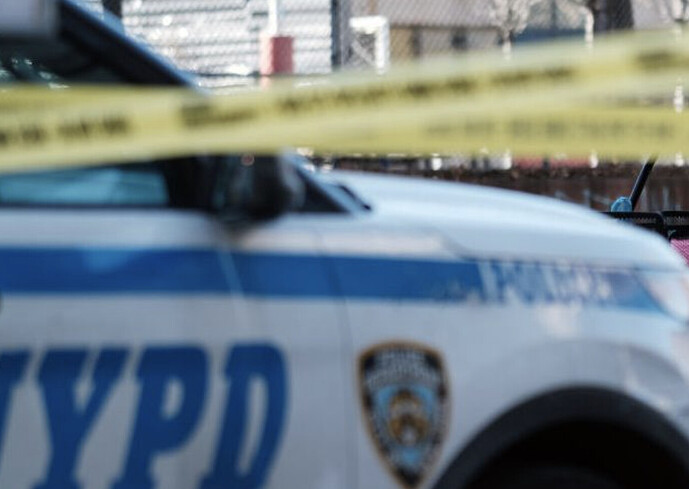 Police say three suspects stole a bag containing $300,000 from an armored truck in Brooklyn on Friday afternoon. The incident happened when a Brink’s armored truck arrived outside a Chase Bank on Eighth Avenue, the New York Daily...

Is that a crime in NYC? Doesn’t that same bank try to dissuade gun purchases!
As far as I’m concerned, three guys made a withdrawal and went their separate ways. What’s the big deal? No weapons used, no one got hurt, just sheer stupidity on the part of the guards, probably an inside job, kudos to them!
Isn’t NY PRO CRIME, PRO RAPE, PRO MURDER, PRO SANCTUARY CITY, PRO BABY KILLERS, PRO MASKING, PRO DUMB DOWN STUDENTS, PRO DRUGS, but steal a few bucks and they write an entire story about it?
They really do need to get their priorities in order. New York is a communist country let them soak in their own wet pants!

Facial recognition will have this guy identified in no time and he will give up the other two. New York has gone downhill very fast. I pray that God give the weak people in NYC the will to defend themselves and not to let criminals take over the streets.

It’s always interesting to me to read about thieves who go to extremes to steal from a bank or armored car where the likelihood of injury or capture is high.

Instead, thieves should go to India to learn how to set up a robo phone scam business. Those thieves are never investigated, never caught, never prosecuted and never sent to jail, and no one ever shoots up a scam calling center.

@Johnnyq60 Can you imagine how the Brinks guards felt after the incident, the training and professionalism, then get DOOPED in a blind second, 300K GONE. Then having to explain to their BOSS, I’m sure the cargo is insured, but still, I bet they wish they could turn back the clock and handle the situation differently.

@Ronald150
It is a good possibility that these guards will lose their jobs if they haven’t lost them already. Add insult to injury, disciplinary action and will probably never get hired in any field or profession again. this kind of stuff follows you around. Even if they apprehend the perpetrators the guards still get blamed and take the walk of shame.

Not to mention that they may be in the unemployment line now with the added bonus of being watched henceforth for possible involvement until the statute reaches its limitation.

I’m picturing groundhog day scene as I read that

that scene came to mind when I read the story to. F.Y.I. I went back and watched it.