We already do have a thread named “The love for 1911”.
I’m wondering how many lovers of 2011 pistols do we have at this Community.

I’d like to limit this thread to real 2011, excluding double stack 1911 handguns.
Please show your passion and love, share your thoughts, let us know what you like, what you don’t like and any ideas for improvement… if any. 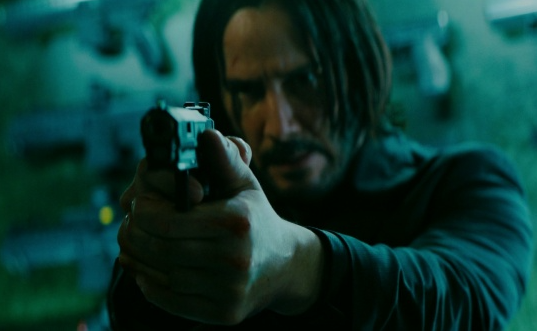 So please stay tuned…
I’m hoping to get more Members into this conversation. We all should benefit from it.

I’d like to limit this thread to real 2011, excluding double stack 1911 handguns.

I figure if I’m asking this question, then others might not know the difference either.

Good question @Gary_H .
A lot of people are confused thinking that double stack grip makes a pistol 2011. That’s is not true, however some manufacturers still keep doing this.
Perhaps the reason is that the original patent for name “2011” has expired and not only STI can used it now.
Anyway the real 2011 model is built from 3 main parts:

Thanks, that gave me enough knowledge to be dangerous and do due diligence on internet searching 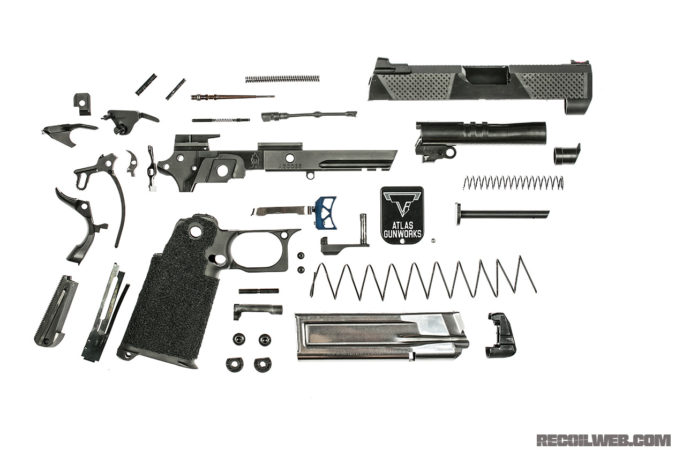 I was not able to find a breakdown photo of a double stack 1911, but can’t imagine it looks much different than this:

Edit: A long read for anyone else interested:
2011 vs. 1911 - What’s the Difference? - The Broad Side (targetbarn.com)
“The biggest difference is the modularity of the grip frame. The 1911 is one solid piece and only the grip panels can be replaced. The 2011’s grip frame, which includes the grip, magazine well, and trigger guard, can be removed and is actually two separate pieces that come together. With a 2011 pistol, you can usually see a screw on or near the trigger guard that holds the two grip panels together.”

I had a Glock 20. the grip was not a good fit. Also my shooting hand got damaged on active duty. 1911 works well. I carried one my active time

First of all I do not love my 1911, I love what it can do for me and the ease at which I can do it. I think off a 1911 as a semi auto revolver because of it ease of operation, reliability and simplicity to take apart. I don’t think I can find the words to do it justice.

What I mean is: 2011 with its polymer grip module has the weight moved towards the muzzle what significantly helps to manage recoil which, in some models is non existing at all.

That was actually the main reason I completely converted myself to 2011.

I already got used to be older year after year, but I must think about my hands. I do everything to make their life easier.

I always viewed the 1911 as the holy grail when my school teacher in New York Mr.berger a nam vet with short teeth who took no guff. Took it out of his briefcase. I wanted one ever since. But I build guns so I said let me grab one see what it’s about a buddy of mine has a Springfield range master or something I will find the photo. He let me hold it while he tried my L9steyr . I took it apart cleaned and lubed the fire arm it was dry lubed so I wet lubed it phenomenal piece. Fast forward to two years ago I got the itch to build one after 8 ar’s and 5 poly 80’s I dived in it took me a month on and off to complete the 1911 build and I did a good job using good quality parts, I completed mine in less time with higher quality parts and it’s a banger I may shorten the dust cover a little to blend the look but I’m enjoying the way it shoots put my build up against a kimber 1911 in 45acp my build out performed the kimber. In the kimbers defense it was a rental range gun . I then turned my sights toward building a 2011 but kept meeting road blocks , I wanted to know what the hype was before I go and build one so I went to one of the ranges out by me and saw the cosaint arms cos 21. Ran the slide and bought 2 on the spot, a cos 11 and a cos 21 Never fired them before, did the research found out the guy worked for sti so has their blessing. The price is the same… it’s not a budget staccato a staccato is what it is and a cosaint is what it is and a prodigy is not either of them. Ds 1911 platforms started with para ordinance in the 80’s or so 2011 came later the name was trademarked by sti so they can say they are the original builder of the 2011 platform by splitting the frame from the rail they got the unexpected benefit of a different recoil impulse with the impulse wave dissipating through the different materials they were on to something. And wher you understood materials and alloys you tweak the mixture until you get high strength rails and non resonate polymer compounds that cause the fire arm to act like a cannon on a railroad track tuned spring rates help the design further by having just enough energy return to thwart recoil and stay reliable. The platform started to dominate the “race circuit “ and soon became the platform of choice for many shooters , enter special operations need excellent platforms for socom “ spec war gurus “ exotic weapons get used and vetted. And procured on a extremely limited basis . You get the supply guys telling you stuff like don’t touch those crates ( they were boxes ) but they said crates guard them with your life and if you see the messiah himself put him in the prone and request id and send him back the way he came! I never looked back after my purchase on either the cosaint and the staccato. The staccato is my new edc waiting on a holster from staccato for my c. I love my guns and you will love them also. 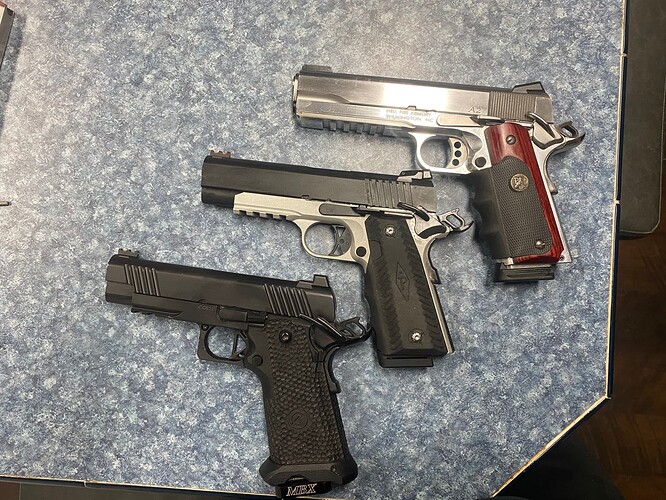 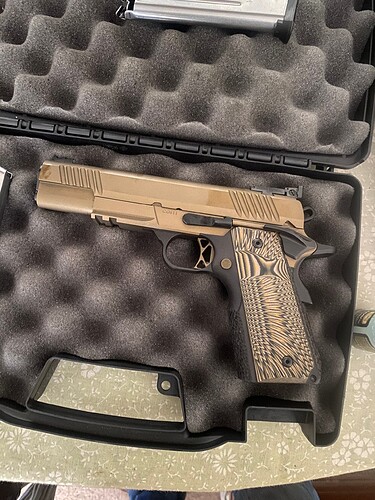 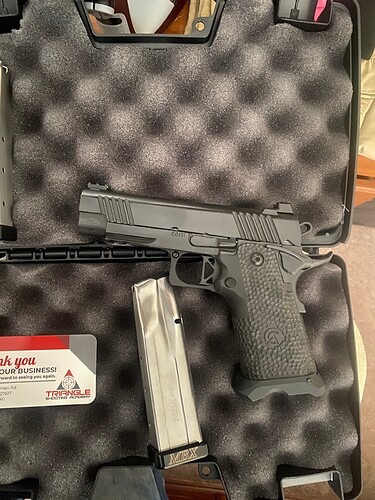 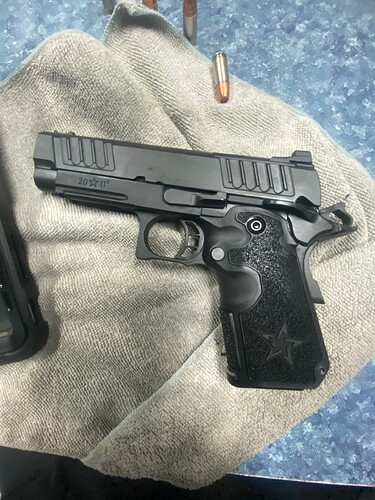 The 2011 has a special draw for me. Way to much money has gone their way, but no regrets on any of them. I carry one daily and shoot them all quite a bit. In order from top to bottom:

OH NO! Another gun I need to consider, test, and try out??? darn, how terrible.

Am I correct in the impression that most all of these are rather high end products?

Yeah…if you want really good and 100% reliable 2011, you think about $2k at least.
That’s actually an argument I’ve been hearing all the time… so expensive pistol. … but is it really?

If somebody is looking for good handgun, starts from $600 Glock, then puts all the fancy aftermarket stuff to make it more perfect that it is… may eventually ends with price close to basic 2011… which in my opinion will be still better tool than the Glock… which actually became FrankenGlock.

Of course everything depends on expectations… but there’s no cheap 2011 models.

You are correct a Gucci glock is basically the cr920 shadow systems Idk. At a grand to 1400 add a rmr and you have a staccato Or cosaint arms which is a fantastic fire arm not a knock off staccato it’s a very fine cosaint cos21 or cos 11