Self Defense against a Cat 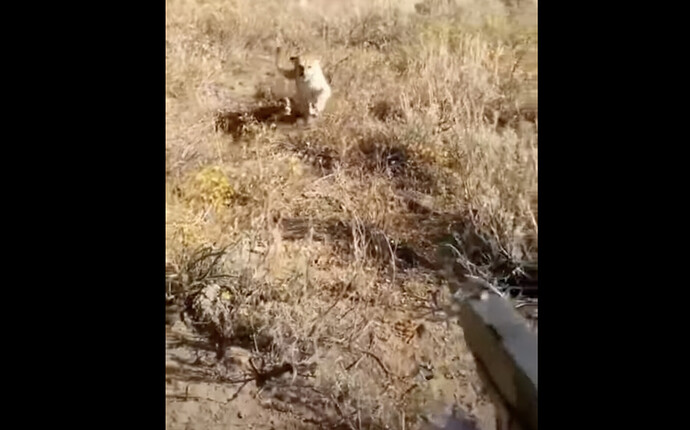 The aggressive lion pursued a hunter in Idaho for more than a minute before he scared it off with multiple shots from his Glock 27.

Sounds to me like the guy is freaked, breathing hard etc.

I’m sure I’d crap my pants

This is very unusual behavior for a mountain lion. Suspect it was sick, starving or had cubs nearby.

Most of the very rare attacks that do happen are against children, joggers or mountain bikers. Fast moving objects trigger their predator response. They are also very good ambush predators so if they do decide to attack you usually have little to no warning they are coming.

The one good thing about the rare attacking mountain lion is they are about the same size and toughness as a typical person so you don’t need to carry a hand cannon. But in the unlikely event you are ever faced with a determined attack you do need to be able to hit an incredibly fast moving target with little time or warning. Though as the video shows, even with a cat that likely has something wrong with it, warning shots or other loud noises are likely to scare it off.

One piece of advice I would give based on the video. When faced with a dangerous predator seemingly intent on attacking you, don’t distract yourself by trying to film it with your phone in one hand as this hunter seems to be doing.

Perhaps he is an expert at one handed shooting but I know I am faster and more accurate with both hands on my pistol. I would rather put all my efforts into increasing my chances of successfully defending myself. Seems like a better strategy than wasting time and focus on recording my possible last moments of life on earth.

wasting time and focus on recording my possible last moments of life on earth.

I’m no wildlife expert and all I know is I won’t be able to outrun a mountain lion.
Would it be advisable to stand my ground, get a good aim and engage in a staring contest?

Self Defense against a Cat - From the title I thought this was for the common housecat. For a housecat a silver bullet, holy water, wooden stake or Benadryl should suffice as adequate defense…

I do know someone who had a Mountain Lion charge at them, a .45 took it down. He was bow hunting at the time and had gotten into the habit of carrying a sidearm. Fortunately Game and Wildlife did not put up a fuss.

I’m no wildlife expert and all I know is I won’t be able to outrun a mountain lion.
Would it be advisable to stand my ground, get a good aim and engage in a staring contest?

I’m not a mountain lion expert but I did actually stay at a Holiday Inn all last week;) I have also done a lot of wildlife research and work in lion country in the past and present.

From all I have heard and read, the first thing is not to turn your back and run. This would make an attack much more likely. Making yourself look as big as possible while slowly backing away is probably a good bet for most situations.

If it was standing next to a fresh kill or a mom with little ones nearby I would try the calm talking approach as I backed away. If that didn’t work and/or it was showing clearly aggressive signs like the one in the video I would consider standing my ground and being loud and aggressive. Warning shots or throwing rocks would be my next step. I suspect hitting a charging lion would be quite a challenge but a well placed hit with anything that would stop a human should stop the charge.

It’s best to be well rounded in ones defense skills. 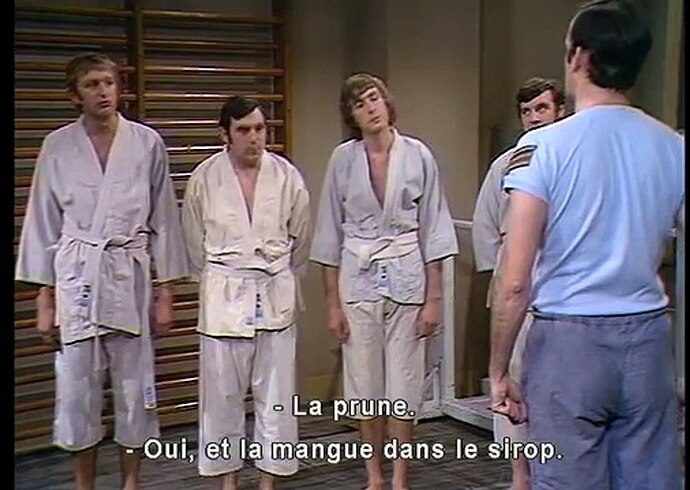 If the mountain lion is anything like my cats, turning on a handheld vacuum cleaner would be the best defense.

After living in Tennessee for a few years, i just found out this year that there are mountain lion’s here and i have even seen one.

The only time I feel I was near a mountain lion was on the Glacier Trail in Yosemite Nat’l Park.
Heard a large cat growl which caused the hair on the back of my neck stand up. Never saw anything, but my wife and I vacated the area in a cautious manner.

From all I have heard and read, the first thing is not to turn your back and run. This would make an attack much more likely. Making yourself look as big as possible while slowly backing

Rule to live by. When faced with a predator of any type never turn and run. That will trigger their prey drive. Also staring contests with Canids, such as wolf, coyote and such, may or may not work, as that is a dominance display and may trigger the alpha to attack.

I have only had one close encounter with a pack of wolves. I have had a couple dozen or so with coyotes. All ended peacefully with no aggression displayed by either side. But I have had dozens of threatening encounters with domestic canids. Based on number of encounters they are the biggest threat I run into outdoors. Followed 2nd by humans with wild animals of all species combined being an incredibly distant 3rd.

For domestic canids I have found that sometimes you can calmly talk and/or walk your way to safety and sometimes the only choice is to use violence either verbal or physical. It depends on the individual dog or semi feral pack. Fortunately I haven’t needed to go beyond a swift kick or jab with a stick but have come close to needing more force on a couple of occasions.

That man is very, very lucky. If that Mountain Lion was riding on a Roomba it would be lights out.

After living in Tennessee for a few years, i just found out this year that there are mountain lion’s here and i have even seen one.

I’ve spent the past 20 or so years living and working out in mountain lion country and still haven’t seen one in the wild. Though I’ve seen countless tracks, a few fresh kills, have seen lots of pictures of them on our remote wildlife cameras and heard a couple close by. It’s safe to say that I have been seen by many mountain lions even though I couldn’t see them!

We had a she cat above our place, you’d see her sunning herself on the rocks. Then one day, she shows up with 2 little ones. Never saw the daddy cat. We just stayed away from there until fall and for some reason they all disappeared, haven’t seen hide nor hair of any of them for a few years now.

I believe the young spend the first winter with their mother and then disburse early the next spring. Young females often adopt a home range that is completely inside or overlaps with their mother’s territory. Young males disburse until they find an area with female sign but no male sign. This sometimes takes them a long way from their original home and occasionally leads to sightings in areas well outside the normal mountain lion range.

I wouldn’t be backing up in that mess, last thing I want is defend against a big cat on my back.

From what I remember from my time living near Boulder, Colorado there is a distinction between a cat just out and about and one looking for a kill to feed itself or family. If you just happen to come across one, then it is likely just out and about. Be calm, maintain eye contact, back away (no sudden moves). For the other option, it would have been stalking you and you would not likely see it before it pounced.

I can vouch from first hand experience, throwing rocks at animals is a lot easier in motion pictures than in real life. Culling bison in New Mexico, we were advised by the property owner after harvesting a yearling male, that if we had to shoot another bison to keep the herd off us as he went to get the hoist truck he would have to charge us for it. Not wanting to buy to two bison and have all that meat at once, we cast about for a method of discouraging their advance after he had departed. He had advised us that hurdling the barbed wire fence was no safety escape as the bison just charged through it when in the mood. The biggest objects growing seemed to be tumbleweeds, definitely not a deterrent to a mildly piqued bison.

I tried waving my yellow raincoat at them. Ever watch a bull fight? Ever notice how the bull seems to go at the guy with the cape? Yup! Bison are certainly attracted to something waving in the air. Take my first hand advice. Do not wave floppy objects in the air when trying to dissuade bison from approaching. It only makes them more curious.

I remembered my grandmother telling me how she got the cows moving back to the barn when they were too busy munching on fresh grass in Ireland. She threw rocks at them. So here we are, my brother and I in the last decade of the 20th century throwing rocks at the bison to drive them back. I almost split a gut laughing which makes for poor rock throwing. My brother armed with his Ruger #1 in .375 H&H and we are throwing rocks at the bison like some prehistoric cave dwellers.

That said, I can vouch that it does work. However, for sixty something oldsters who haven’t thrown a baseball in perhaps 40 years, hitting even a bison with a hand thrown rock is a bit more difficult than it sounds upon telling. The herd did move off, even with the rare number of hits we were able to score. It must be some primeval memory that causes them to turn away from thrown rocks.

Despite all that verbiage about rocks and bison, I wouldn’t spend my time looking for rocks in the face of a charging mountain lion. I would throw objects in my pocket. I usually carry a folding knife AND a Leatherman multitool and I would chuck the Leatherman first. My wallet, my coin purse, canteen, anything I happened to have in my pockets or on my purse.I would open the knife and I would not bend down to pick up a rock. If hiking in mountain lion country, it might be handy to have a pocketful of small golfball sized rocks in one’s pocket. All of which assumes that you are not packing heat. If packing heat, I would recommend skipping the rock throwing step and go right to firearms usage. Check local and state laws with regard to packing heat before leaving one’s abode.

And remember: DO NOT WAVE FLOPPY OBJECTS AT BISON.