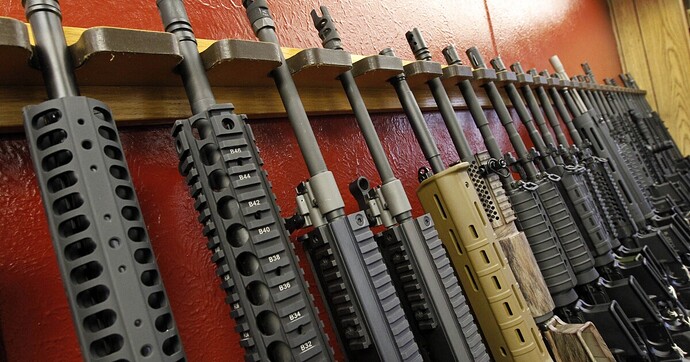 (The Center Square) – The Illinois Senate late Monday passed a bill that seeks to ban the future sale of certain semi-automatic guns and magazines with various capacities despite threats of a lawsuit that the measure is unconstitutional.

A lot of legal firearm owners in Illinois are about to become class 2 felons.

Senate Amendments to House Bill 5471 would ban the future sale of about 100 different semi-automatic pistols, shotguns and rifles. Sale of long gun magazines with more than 10 rounds and handgun magazines with more than 15 rounds would be prohibited. Both already in possession could be kept, but only on private property. Already owned guns would have to be registered with the Illinois State Police by January 2024.

If approved and enacted, the bill becomes law immediately. There would be a timeframe to register such guns with Illinois State Police. Noncompliance could lead to a Class 2 felony. Possession of magazines above the limits would result in a petty offense and a fine of $1,000 for each violation.

So much for “…shall not be infringed”
We obviously have no control, and I assume in a short period of time it will be the whole country!
Let’s just make a meme for it! 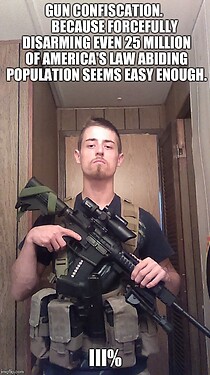 I think it’s more like 1% and they are hiding! There’s 4 of them and one of them is an undercover FBI agent the other is an ATF agent the other one is a IRS agent. We’re not going to keep our rights. Surely not going to win in court, the house always wins and Brandon is the Pitt boss!

If we were serious about keeping our rights it would be more like 70%.

A lot of Illinois voters are about to become class 2 felons.

The only way to stop this nonsense to: (1) unelect the legislators and elected officials who believe the 2nd Amendment does not apply to them; or (2) leave the anti-gun states.

Unfortunately, states like Illinois can pursue their anti-gun agenda with a virtually unlimited legal war chest (aka taxpayer money) and an electorate that does not care enough to vote them out of office.

unelect the legislators and elected officials

We’ve been electing, un-electing , writing, calling, insurrecting, crying , screaming and memeing all the way to a socialist agenda.
Things don’t work the way they used to. Voting is a joke, ANTIFA and BLM got things done and they know it. If they want something done they burn down a city, tear down statues, attack Supreme Court Justices ( at their homes ) and cancel what they don’t like. Not to mention, stealing, even if it’s tied down!
This is Liberal democracy! 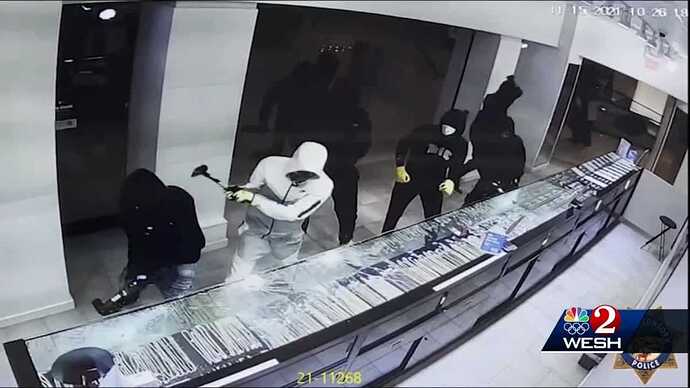 We complain and make memes as the cartels invade the United States!
I don’t think we are that bright or strong anymore!
You tell me, are we not sitting in a puddle of crap?
Red wave was a red trickle. We are a laughing stock!
I’m done un-electing. New boss, same as the old boss. Six years and we still don’t get it. As long as the cheater sits at the table we will ALWAYS lose!

Believe me, I understand the frustration, but what are you prepared to do about it?

Often, when I ask people whether they voted, I get a lecture about why voting is a dumb thing to do, doesn’t matter, doesn’t count, etc, etc. And a lecture about how everyone in public office is a crook beholden to special interests or their political party. I never usually see those people at my county Republican monthly meetings, they never run for office, they never call their representative, nada. Crickets. Then, they will tell me how our state ought to secede or how people (not them, of course) need to “do something.”

This a problem that we cannot shoot our way out of. If you’re one of those people who believe that a new American revolution or civil war is in order, then which Americans do you propose hunting down and killing? And, can you guarantee survival from such an event or even that it make things marginally better. The Russians and the Chinese engaged in revolutions where they killed millions of their own citizens, and look what they ened up with.

Working to keep our country intact is just that – work. Don’t think it’s possible? Then maybe it’s time to move to someplace else.

People in elected positions are put there becasue they won a majority of votes cast. One of the big problems with our electoral system is that people don’t vote when it matters – like in primaries where the candidates are vetted.

People in elected positions are put there becasue they won a majority of votes cast.

Not necessarily, and I am not even referring to election fraud.

but what are you prepared to do about it?

Exactly what my oath dictated! I have three children and ten grandchildren. So I guess I’m prepared to give my life! I had a good run.
I promised them a wonderful life, not an easy one but not a communist one either!

This a problem that we cannot shoot our way out of. WHY NOT?

How do you think we got here. By forming a more perfect union. Sometimes in order for new life to begin, the forest must burn to the ground.

What other solutions that we haven’t already tried, and tried again and again. I recall something about doing the same thing over and over with the same results!

Where, when, and for what office?
I’m curious of what it all entails.

Yet, you believe that electoral votes count in primaries? I do not understand you relationship between electoral votes and primaries - it makes no sense, especially if you claim to have run for elected office. At what level? My father was involved in local politics. All of us kids were, of course, involved, too. I can’t tell you how many envelopes I stuffed, voter rolls I called, petitions I pushed, verified, and counted, etc.

I ran for state representative. The last one elected in my county was in 1934, so my effort was probably ill-conceived. I spent more than $35,000 of my own money, and the local Republicans – I had formerly been the chair of the Republicans – lined up to complain that they believed my was not a “true” Republican. The state builder’s association ran attack ads against me because they controlled my opponent.

In the primary, maybe 15% of registered Republicans bothered to vote, which, in my opinion is why we elect crap to office.

But, I gave a try, 'cause the alternative is much worse.

I took the same “defend the Constitution” oath at least 5 times in my life. My last job was an application of the 5th Amendment – no person shall “be deprived of life, liberty, or property, without due process of law”, yet lots of Americans will claim to be a defender of the Constitution in one breath and advocate killing others in the next (not with due process, BTW).

Voting is a better, peaceful solution that may – may if you and I and other Americans are actually willing to work at it – work and help guarantee your kids and grandkids live to enjoy life in our nation. Does it fail? Sure. But it’s better than rolling to dice on another civil war or a Russian style revolution that kills millions.

Start by engaging with your local political central committee. Run for office there 'til you get elected to (or volunteered for) something like chairman, vice chair, treasurer and get to know on a first name basis your state representatives/senators and Congressional reps. Give your own money to a candidate face-to-face and not to some committee to squander.

I you are interested in running for office, call a political elected official (preferable one you know), buy him/her lunch, and spend 1-2 hours picking their brain about how to run in your state.

When I ran, I got mad at the Colorado Republicans who squandered a majority because the leadership cast Hispanics as illegal immigrants and not real citizens. After a dismal election failure, I drove to Denver and argued with the state Chairman. “Was nobody paying attention!!!” I shouted at him. “Did you not notice than 1/3d of the electorate in Colorado is a Hispanic!” His reply was “The problem is people like you don’t run.” I then applied for and attended the Leadership Forum of the Rockies, which introduced me to everyone in the Republican political infrastructure in the state, and I learned how to run a political campaign from soup to nuts.

I don’t have any plans to run for an office but was just wondering what you went through., thank you.
Every NV Rep, Gov, and Sen I have contacted has just blown me off. They get into office and always say “I know what is best for you”, give me money and make sure to re-elect me.

Thank you Mark697. I’ll carry on. Be well brother. 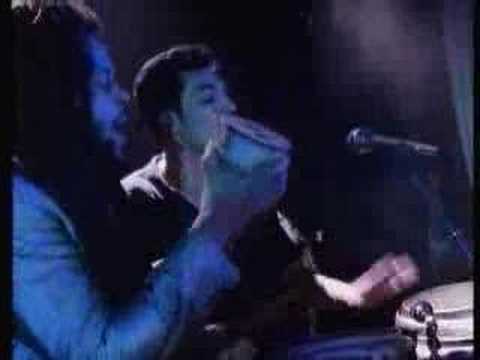 yet lots of Americans will claim to be a defender of the Constitution in one breath and advocate killing others in the next (not with due process, BTW).

Not to create controversy but facts need to be brought to light. The bad breath of an administration that has blatantly advocated the killing of others without due process. They drew first blood! Equal justice under the law, sounds like a joke.

Wait for it…I’ll drop one name Ashli Babbit, and all those in solitary without being charged, not to mention all the LEO’ who lost lives directly due to the policies of this administration and border patrol agents. Who buy the way are doing their best to uphold that same due process to the citizens of their states, life, liberty and property! Don’t look now but we should be at war with the cartels sooner than you think. They are very serious about their trafficking and will fight to the death, without swearing an oath. Good luck voting them out of the United States of America!

The list and the lies are long and infuriating! Including leaving Americans behind. That has never been done before, all components of due process for those Americans has been violated.

Aiding and abetting the enemy, from 85 billion in classified weapons and materials to colluding with the Chinese. I agree, the American people deserve or shall I say have an absolute right to “due process “.
When the government deprives us of life, liberty and property, that my friend is war without due process!

I’ll definitely give up the war in lieu of hanging the ones directly responsible for the destruction of a nation! We know who they are, better yet, they know who they are! Not to put too fine a point on it, but I mean that literally.

I’ll say it again, this “President” could have been great, had he only shut his mouth and dropped the pen! Instead without due process he upended our peaceful way of life! Our democracy if you will. Now we understand it’s all an evil plan. That evil cannot be voted out. It’s now deeply rooted in the senate and the house. As well as living at 1600 Pennsylvania Ave. When I voted, that was my official eviction notice. I don’t know much about real estate or eviction law, but over 70 million served that same eviction notice! As far as I’m concerned, he’s a squatter!