McKee is set to sign the bills into law during a 1:45 p.m. news conference where he will be joined by the bills’ sponsors.

Too Bad, now I guess there will be a bunch of law suits and 2A challenges…

That depends on what you call “standard capacity.” For instance a few years ago NY state banned magazines over 7 rounds; clearly some legislator had his granddad’s 1911 and figured 7 rounds is “standard.”
Ten rounds is standard on a Ruger 10/22, while the standard for a Glock 17 or S&W M&P is 17 rounds but for a Glock 19 or M&P Compact is 15. Wanna talk 30 rounds for a standard MSR magazine?

That depends on what you call “standard capacity.”

I personally don’t wanna succumb to their terminology.

Single stack 9’s (like S&W Shield) tend to have 10 round magazines, while double stack have any where from 12 to 17.

I have owned handguns which individually came from the manufacturer with magazines holding either 13, 15, or 17 rounds. I wasn’t given a choice of capacity, nor was the mag capacity a specific feature of the advertising (other than the mention of it in the specs listing).

The magazine restriction laws read as though a “standard” for magazine capacity even exists.

On multiple Active Self Protection & ASP Extra videos, John Correia says that in watching over 40,000 incident videos he has never seen a civilian self defense incident in which the defender performed a reload (mag swap). He notes that LEOs should carry at least 3 additional mags, but questions the need for non-LEOs to carry mags.
Just last week (June 16) he talked about again it in
A Rebuttal To Mas Ayoob’s Video On Carrying A Reload
as a follow up to his May 25 video
How Many Reloads Should A Private Citizen Carry? (ASP BITs)
and Mas Ayoob’s June 1 comment on the subject in
Massad Ayoob: Three reasons why you need to carry extra ammo and magazines - Critical Mas Episode 28

There’s already products on the market to help those people who live in restricted magazine capacity states burn their barrels out faster. 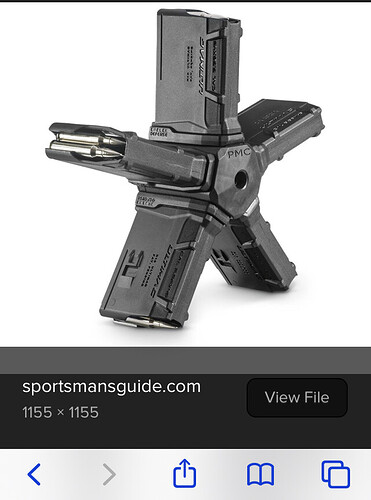 I’m referring to a mass shooter, not a self defense situation. These laws make it so a mass shooter can’t roll off 30 rounds without swapping mags. He can do 5 at a time instead of 30 at a time. I guess that 1-3 second break while he’s reloading does subtract from the time the person is actually shooting but I doubt it has much positive effect on the outcome.

Anyone completed or are doing the Level 3 Qualification? Good info there that high rate of fire was not a factor in any of the recent shootings. So, plenty of time to reload.

Also, covered was the likelihood of malfuction goes up with mag capacity. And there were indications on the scene that shooter using 30-round AR mags had to clear malfunctions during the incident.

He can do 5 at a time instead of 30 at a time. I guess that 1-3 second break while he’s reloading does subtract from the time the person is actually shooting but I doubt it has much positive effect on the outcome.

The Sandy Hook shooter was said to have used 10-15 rounds out of each of his 30-round mags he used, doing a mag dump when exiting each classroom. That would seem to debunk that theory.